My “Jersey Shore” crush, Pauly D, reportedly made a couple of sex videos with his Canadian model ex-girlfriend whom he met during the first season. A source said, “It is being revealed that they filmed a few sex videos while together – Our insiders say the girl in question has no intent on selling the recordings… But we all know eventually they will come out!!” Here’s to hoping! [Bump Shack]

Former “American Idol” star Fantasia Barrino was named in a North Carolina woman’s divorce papers, for allegedly making a sex tape with the woman’s husband, Antwaun Cook. The woman claimed that her husband had met Barrino at a T-Mobile store last summer and wrote, “Throughout the course of their adulterous affair … Defendant/Husband and Ms. Barrino have at times recorded their illicit activity.” Whoops? [TMZ]

I guess the story was that Kendra Wilkinson tried shopping around a sex tape back in the day, but no one wanted it until she was married with a kid, and then Vivid Entertainment went about releasing it and Kendra went after them and was “so embarrassed” so they paid her about $680,000 and 50 percent of the profits from the tape. And her husband didn’t mind … probably because that’s a helluva lot of money. [Huffington Post]

Kim Kardashian made a sex tape with Ray J back in the day, and forayed that into an illustrious career in reality television, starting with “Keeping up with the Kardashians.” Kim is still forced to talk about the tape and recently remarked that it was “not my most proud moment,” but it certainly didn’t hurt her career. [NY Daily News] 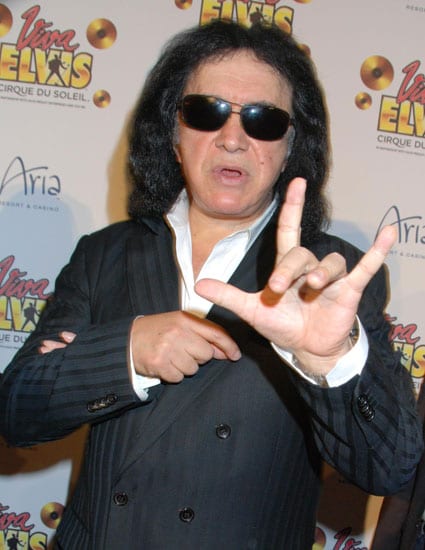 KISS bassist and star of “Gene Simmons‘ Family Jewels,” Gene Simmons had a sex tape leaked online that featured him with an Austian woman only known as Elsa, who’s a spokesmodel for Frank’s Energy drink, which Simmons endorses as well. It looks like Gene keeps his shirt on and his pants around his ankles for the tape. At least he’s not wearing KISS makeup — that could lead to nightmares. [I Don’t Like You In That Way]

Former “Real Housewives of New Jersey” cast member Danielle Staub was quick to cash in her chips, filming her own sex tape and writing a tell-all book. Hustler Inc. released the 75-minute tape and told sources that Danielle “knows it’s being released.” While last year, she got a court order to keep her ex-boyfriend from releasing their sex tape. Presumably because she didn’t have her choice of cinematographers. And how the hell is this tape 75 minutes long!? [CBS]

Paris Hilton was still just a glimmer of a celebrity when her ex-boyfriend Rick Soloman released their tape, “One Night in Paris.” The sex tape was released just as Paris and Nicole Richie‘s reality show “The Simple Life” was being broadcast. Paris ended up suing the company releasing the tape for about $30 million in damages. Who needs reality tv paychecks when there are lawsuits to be had? [CNN]

It seemed like Kim Kardashian was going to reap all the rewards from her sex tape with Ray J, but eventually he also scored his own TV show, “For the Love of Ray J.” There is also a reality show in the works featuring the whole Norwood family (i.e., Brandy), called “A Family Business.” The matriarch of the Norwood family made it clear on “The Wendy Williams Show” that she didn’t approve of Kim’s career moves: “With all the hoopla with it being Ray J and people trying to blame him, did you see him on the cover of Playgirl? Did you see him in the centerfold of Playgirl?” [The Hollywood Gossip]

Social media sites you may consider for improving your brand presence