10 Things We Love About Chubs

As much as we appreciate the obvious benefits and abilities of a rock hard cock, there’s something about a chub — a soft, malleable, half-erect penis — that makes it our second favorite penis form. Is it the shape? The texture? The fact that it hasn’t committed to anything yet?  The appeal of being able to decide if you want to have sex with it or play a game with it? Or maybe it’s how open and accepting it is, like a baby animal innocently exploring the world for the first time? All of the above, really. One thing’s for sure: in the grand hierarchy of penile potential, we don’t think chubs get nearly enough credit. It’s time to change that. Oh chubs, how do we love thee? Let us count the ways…

1. It’s the perfect texture for naked jumping jacks. It’s not so hard that it slaps his stomach, not so flaccid that it flops around like a garden hose.

2. It resembles one of those wiggly water toys that’s so fun to squeeze. Or perhaps a whack-a-mole crawling out of a man’s pudenda? Bottom line: it’s ridiculously cute and so fun to play with.

3. You can stretch it out like a little skin accordion. This allows you to play the penis polka, which happens to be our favorite form of genital music.

4. You can have soft sex with it. Soft sex gets a bad rap, but every once in awhile, we think it’s a fun alternative to, you know, regular-rock-hard-penis sex. It’s gentle, silly, probably won’t result in an orgasm, but hey, who doesn’t love a stuff ‘n snuggle? 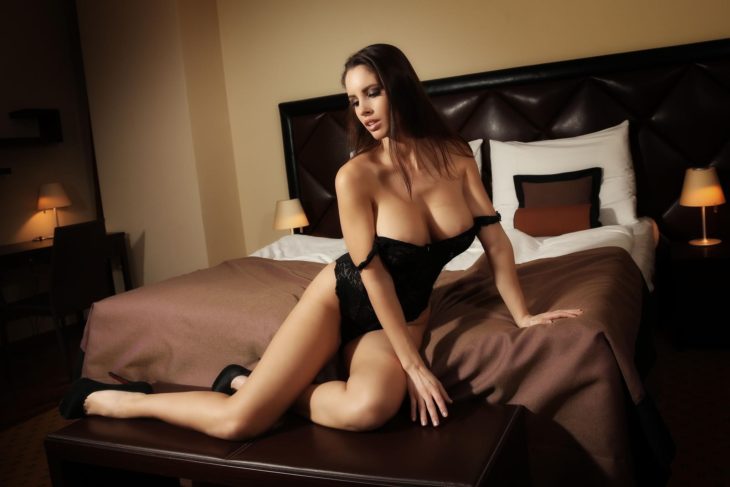 6. It refuses to be condomed. In all of its ambiguity, this is one thing that’s certain about the chub: it will kick off its condom the way a fussy baby kicks off its socks.

7. It’s unpredictable. A chub is at the mid-point of penile hardness, and you never know which way it’s going to go. It might get harder, or it might just fizzle into flaccidity. Either way, it gives you a nice transition between “I’m not interested in sex” and “I’ve got a boner, time to fuck!”

8. It’s an ego boost. A chub is the penis’s way of tipping its hat at your inherent sexiness. It just couldn’t help itself.

9. It requires attention, but not too much attention. While a full-on boner begs to be satisfied, a chubs just wants to talk, hang out, it’s cool with whatever.

10. It’s harmless. Unlike its boner brethren, a chub is not gonna prod you in the back impatiently to wake you up, it’s not gonna poke your cervix or get overexcited during sex and accidentally ram you in the asshole. It’s just … there. Cute as a squishy, half-erect button.

What You Need for a Perfect Movie Night