12 Reasons Black Women Are Not More Privileged Than Black Men

A seemingly impervious narrative dominates today’s social discourse in the Black community where Black men are painted as more vulnerable victims than their female counterparts. This far-reaching myth typically arises along with discussions about gender inequality or sexism where claims are made that Black women face less hardship than their male counterparts, or even — as stated in Diana Ozemebhoya Eromosele’s latest essay on The Root titled “Michael Brown’s Death Reopened My Eyes to My Privileges as a Black Woman” — are the recipients of privilege not bestowed to Black men.

Many fail to recognize and understand that the pervasiveness of this myth represents the truest form of marginalization where society is so disconnected from the plight of Black women, that we can trivialize and even minimize the extreme hardship faced by women who struggle against not only racism but rampant misogyny and sexism as well. This is exacerbated by White feminism that — to a large extent — co-opts the Black female struggle without truly giving a voice to Black women to speak on behalf of themselves about the difficulties they face. 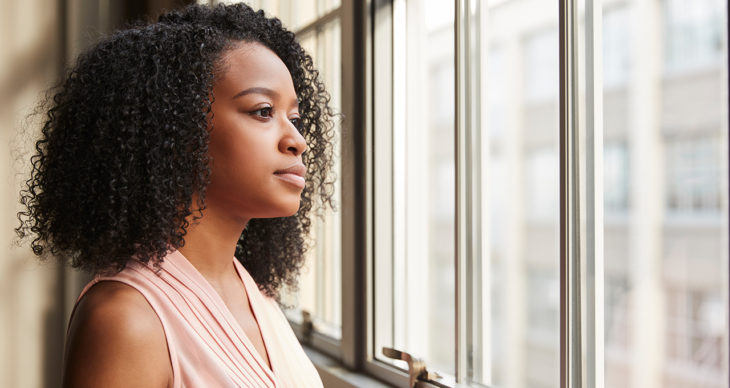 For that reason, it is essential that we create public spaces where the struggles of the Black woman are enumerated, reverberated and heard throughout the nation without the cloak of White feminism or the Black man’s narrative.  This is not a matter of furthering some “feminist agenda,” this is a matter of giving voice to a marginalized group that is not only oppressed by a system of racism, but also a system of male-dominance that threatens its physical and emotional well-being. With that in mind, here are 12 reasons Black women are not more privileged than Black men:

1. Patriarchy. It seems that a long forgotten fact in the Black community is that the United States was founded not only by a system of racism, but a system of patriarchy. White women and Black people were all considered property and disallowed basic dignities award White men including property ownership, the right to vote and the right to inherit both wealth and land. This patriarchal system, where White men dominated White women, created male-dominated financial and political spheres that barred women from participation. The results of this are evident in the fact that Black men were allowed to vote before White women were and a Black male was elected president before a White female. This translates to a particularly dire reality for Black women. Because White women had access to resources (healthcare, money, education, etc.) through their White male counterparts, the effects of this affront to basic rights would not have had the same egregious effects as it would on Black women. Today, Black women are struggling to not only play catchup after decades of disenfranchisement, but they are also battling to enter typically male-dominated spaces that are not particularly open to female participation.

2. History tends to marginalize the struggles of Black women. History books are riddled with imagery and accounts of the brutal reality of slavery and the atrocities inflicted upon Black bodies — typically illustrated with images of enslaved Black men — despite the fact that both women and men were whipped and lynched. Furthermore, largely absent from that narrative is the degradation of the Black female body. For example, J. Marion Sims, also known as the father of modern gynecology, founded a controversial medical practice on the experimentation of Black female slaves without any anesthesia. Black women were also regularly raped and forced to watch the murder or abuse of their children, a grave affront to their humanity and reproductive rights that is very often obscured.

3. Innocent Black women and girls are also murdered by police, but we rarely hear about it. Though widespread news coverage of both the deaths of Trayvon Martin and Michael Brown have prompted a very necessary nationwide debate over the mistreatment of minorities by law enforcement, one face is oddly absent from television screens and newspaper front-covers: and that is the face of the Black woman. Despite the fact that dozens of Black women and girls — including 93-year-old Pearlie Golden and seven-year-old Aiyana Stanley-Jones, who was shot in her home — have been targets of the police’s deadly use of force, these stories fly under the radar and receive little to no attention. 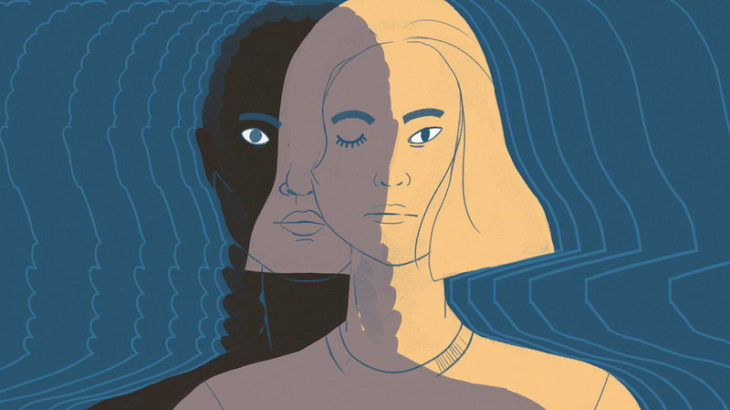 4. There is no democracy for Black women. Carol Moseley Braun was America’s first and last African-American female senator. Of the nine African-American individuals to ever become senators in the United States, only one has been a woman. It has been a longstanding truism that all demographics should be afforded political representation in order for a true democracy to exist. Black women have separate issues and needs that must be addressed, even independently of Black men. Was it not a young America that decried “no taxation without representation” and took to task Britain, the nation that helped to found it? And yet, some 200 years later, we find the entire population of African-American women, many of whom have roots that date back to the beginning of the country’s history, without adequate representation.

5. Black women are grossly underrepresented in power positions. Ursula Burns is the only Black female Chairman and CEO. There have been 15 Black executives Fortune 500 companies, beginning in 1987 when Dr. Clifton R. Wharton Jr. became the first Black man to hold such an esteemed position. Since then, only one Black woman has risen to that rank.

7. The music industry detests women — especially Black women. There is no space more public and riddled with intense sexism and misogyny than the music industry. And while many Black women have broken down barriers for themselves and claimed high positions in the industry, the imagery associated with and employed against Black women in the mainstream music culture speaks to a larger issue that persists despite those accomplishments. Everything from hip-hop lyrics that overtly refer to Black women as sex objects, hoes or bitches, to music videos where scantily-clad Black women are used as sex-props for the male gaze represents the deep-seated sexism that permeates American culture — including Black American culture. 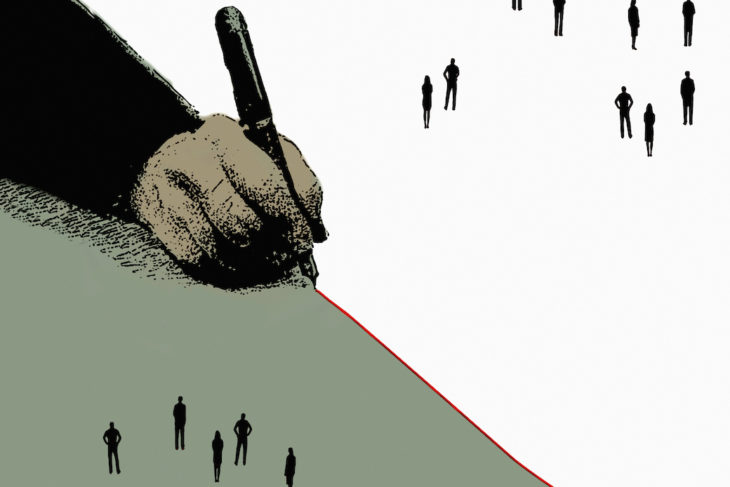 8. Traditional patriarchal narratives impede any possibilities of Black advancement that hinges on the advancement of Black women. Between 1970 and 2007, Black female educational attainment has steadily outpaced Black male higher education rates (Black women graduate college compared to Black men at a ratio of about 2:1). This coupled with high incarceration rates of Black men has inevitably lead to economic earning disparities between African-American men and women that favors the women.

However, in today’s patriarchal society where both men and women are taught that it is the man’s duty to support the household, that economic advantage does not translate into increased social capital for Black women. Matter of fact, it does quite the opposite. The more educated and the more money a Black woman makes, the less likely she is to marry or have children. Also, because there are fewer numbers of “successful” Black men, their power in the dating market allows them to “play the field” indefinitely.

This impedes the advancement of the entire Black community, not only on the individual circumstance of educated women who cannot find spouses or maintain relationships. The women with the most available resources find the least opportunity to contribute to the growth of their community, while those who are economically disadvantaged face less of a challenge creating an economically imbalanced community.

9. Though both Black men and women face disproportionately high rates of STDs because of inadequate access to healthcare/education, female bodies are more susceptible to infection and complications. Black women contract sexually transmitted diseases at a rate two times that of Black men. According to a 2011 CDC report, the rates for gonorrhea for Black women and men between the ages 15-19 were 1,929.6 and 959.9 cases per 100,000 respectively. For chlamydia, 7,507.1 cases per 100,000 Black women was reported compared to 3,662 cases per 100,000 Black men. If left untreated, both of these STDs can lead to complications during pregnancy and even infertility.

10. Stereotypes about the “strong” Black woman make society less empathetic towards the Black female struggle. We must be careful to not confuse resilience and strength with willful domineering. Though Black women display courageous strength in the face of adversity, this is not a matter of choice but need. We cannot fault or blame Black women for surviving their circumstance. Support must be provided for this group of women who have endured and continue to withstand tremendous social injustice. 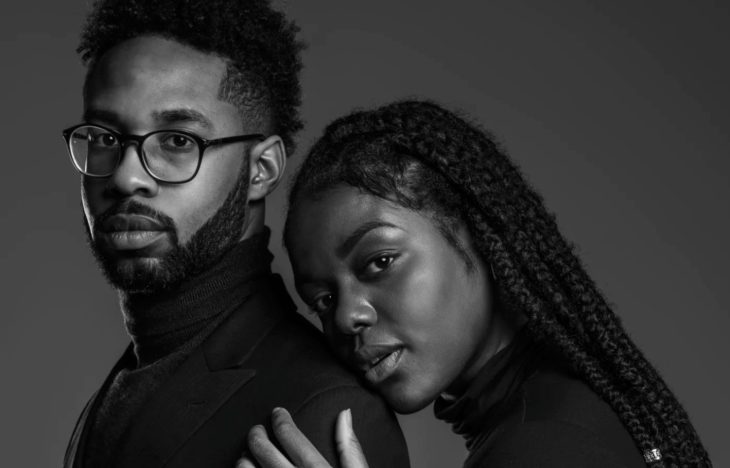 11. Not only men are affected by mass incarceration. Since 1980, the women prison population has almost doubled and 60 percent of the the women currently serving time are African-American. According to the sentencing project, the growth of women in prison has exceeded the rate of increase for men with an increase of 646 percent over the past 30 years, mostly because of non-violent drug related offenses. Mandatory sentencing policies for drug offenses pose an especially difficult challenge for women who often times receive longer sentences than their male partners who are the actual drug dealers or criminals; something referred to as the “girlfriend” problem. Because these women are unable to corporate with prosecution and provide information about their partner’s illicit activity (often times these women have little to no idea about what their partners do), they tend to get longer sentences than their partners who are the actual offenders.

12. Black male fear of Black female advancement is real. Gender hierarchies like patriarchy provide social dominance to all men — even those who are disenfranchised by more dominant groups. As with any power structure, those empowered by it will fight for it, even at the cost of their betterment. If there is one thing we know for a fact after witnessing an almost 100 year struggle by Black people in America fighting to obtain power from the dominant White system, no group likes to be disempowered — even if empowerment for all would mean advancement for all.

For example, during the Civil Rights Movement, as Black people began to gain more freedom and rights, poor Whites feared that their power and position would be infringed upon. That fear spawned a new wave of violence from hate groups like the KKK. and created an easily manipulable political pawn that politicians readily exploited to further disenfranchise not only Black people but even middle class and poor White people (though not equally) by enacting legislation that deemphasized social welfare/community building and gave more power to individuals and corporations.

Similarly, many men are resentful and even fearful of what seems to be Black female empowerment, without understanding it in the social/political context of White male supremacy and patriarchy. This creates a divide that is easily exploited and only serves to further fragment the Black community.

Tips On Aging From The Oldest People Alive