When I read the gossip about Vanessa Paradis allegedly feeling so threatened by her man Johnny Depp’s upcoming on-screen sex scene with Angelina Jolie that she “forbade” him to take part in it, I rolled my eyes. Yeah, right.

My boyfriend, however, didn’t think this was a ridiculous rumor at all. “I think she’s being smart,” he said. Huh? Like Angelina Jolie is this all-powerful sex monster that zaps men of their free will and judgment, rendering them helpless at her feet, regardless of how attached and in love they might be?

I raised an eyebrow.

“It’s Angelina Jolie,” he insisted (emphasis his). Well, I see how long I’d last if my man were to come face-to-boobie with Ms. Jolie.

Put aside the fact that it takes two to horizontal tango and Angelina didn’t steal Brad Pitt from Jennifer Aniston (or Billy Bob Thornton from Laura Dern); imagine if one of your partner’s job requirements was getting naked with someone who has been called the world’s sexiest woman?

Reasons one through a million to steer clear of actors. 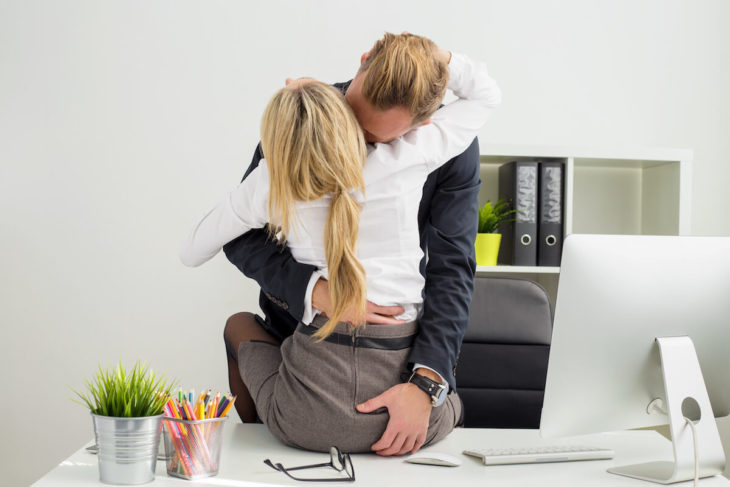 However, showbiz isn’t the only workplace brimming with people screwing around. I know we’ve also been inundated with tales of philandering sports stars and politicians; but let me assure you, boring normals do it too. My man’s last girlfriend stepped out with her art-supply-store coworker, while my previous live-in left me for the editrix in the next office. (And believe me, she was no pouty-lipped temptress.)

So how do you keep your man from straying at the office? Short answer: you can’t. Long answer: you still can’t.

But what you can do is keep your relationship in good shape and if you start to suspect something, say something. When my ex started sticking up for the coworker whom we’d always been united in mocking, I should have known something was up. Instead, I shrugged off their burgeoning friendship by telling myself he’d never go for someone “like her.” Oops.

So when my current boyfriend started mentioning a female coworker more often, my spidey sense started tingling. I sat on my feelings for a few days—no need to make him pay for the sins of another—and then calmly asked him about her. I told him what had happened in my past, that I wasn’t accusing him of any impropriety, but that I found myself getting a little worried about their closeness. He was taken aback, but because I’d been so sane and thoughtful in the asking, he took my worries seriously. (And believe me, I’m usually more of the talk/shriek/accuse now, think later type.) We discussed my concerns and he agreed to put a bit more distance between them.

Then I blew him and everything was all better.

(Kidding, but only a little—regular sex is key. Or even irregular, regular sex—whatever floats your boat.) 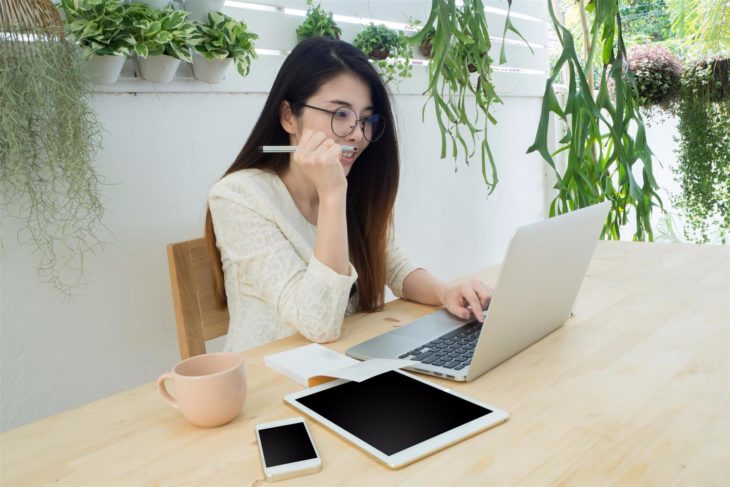 While you can’t control what your partner does or doesn’t do, you can control yourself. So how do you keep yourself from succumbing to the advances of that cutie in the next cubicle? It’s pretty simple—keep it in your pants. That, and avoid being alone together. Skip the intimate lunches and late-night drinks parties where you and he inevitably wind up the last ones standing. If you find yourself having to travel with a foxy coworker, see if you can have your man meet you and extend it into a mini-romantic vacay for the two of you.

Then again, you can do what I do. When you’re irresistible like me (both a blessing and a curse), you’re probably better off just working by yourself. By spending 24/7 in my apartment, toiling away at my laptop, I’ve eliminated any and all competition for my man’s affection.

Though my UPS guy has been looking pretty good lately.

Marketing and Ads: What Your Competition is Doing