11 People And The Inanimate Objects They Are Sexually Attracted To

People And The Objects They Have Sex With: Laundry Basket 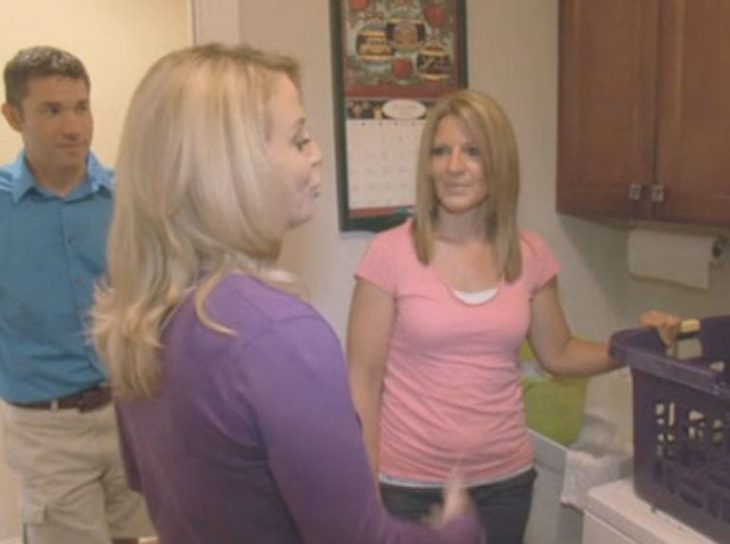 On a recent episode of “In The Bedroom With Dr. Laura,” sexually dissatisfied wife Becky admitted that the only way she can get off is by humping the corner of her laundry basket, which she’s had since college. She even confessed to preferring the basket her husband Steve’s really “large” penis. There’s no denying that clean laundry is sexy as hell, but it’s clear that her feelings for the laundry basket run deeper than that. 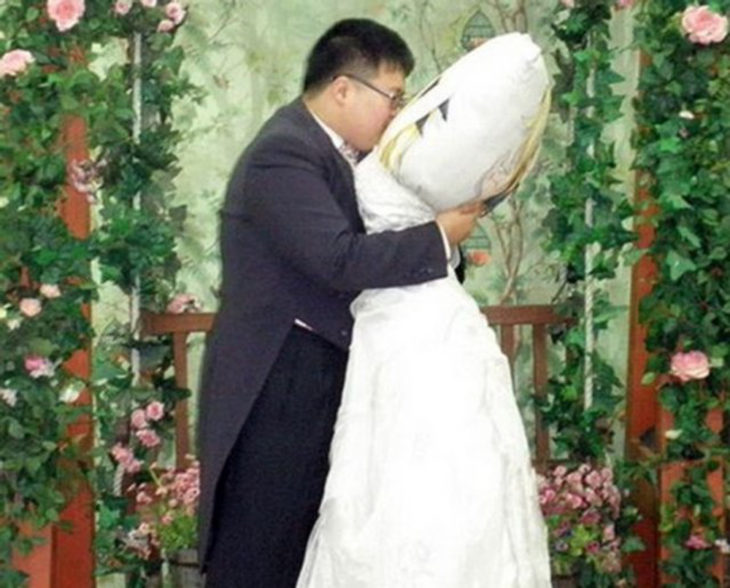 Remember in elementary school when you said stuff like, “I love butter,” and all your friends would reply, “Well, why don’t you marry it?” Well, it seems some people took that advice to heart. And somehow, it’s more acceptable for a man to marry a pillow than for him to marry another man? A Korean dude named Lee Jin-gyu actually married a pillow printed with his favorite anime character, Fate Testarossa. This is not just a joke on “30 Rock”—he actually married a pillow. [Escapist Magazine] 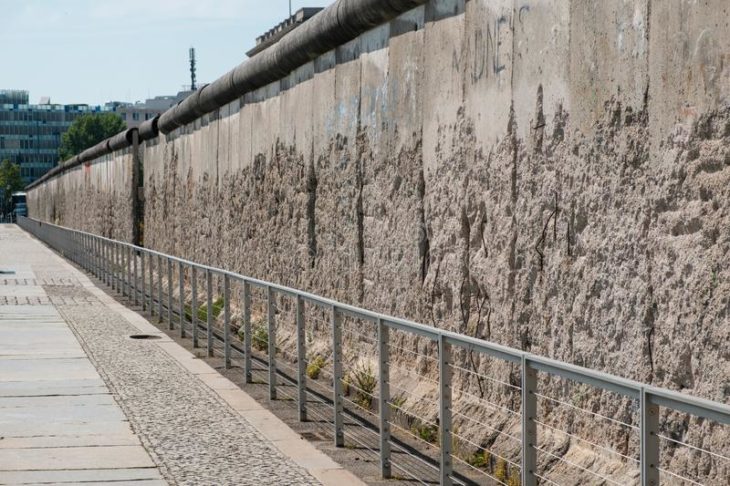 A Swedish woman named Eija-Riitta Eklöf Berliner-Mauer coined the term “Objectum Sexual” (or OS) in the 1970s after she married the Berlin Wall and took on the last name “Berliner-Mauer.” Of the phenomenon, Eija-Riitta says it’s not actually a recent phenomenon. “While unusual in Western society, in Eastern cultures people routinely believe objects have souls,” she said. “It is perfectly normal.” When the wall was taken down 10 years into their marriage, Berliner-Mauer was distraught but eventually shifted her affections to a local fence. I’m not positive, but there might be a difference in believing something has a soul and thinking it’s marriage material. [Independent] 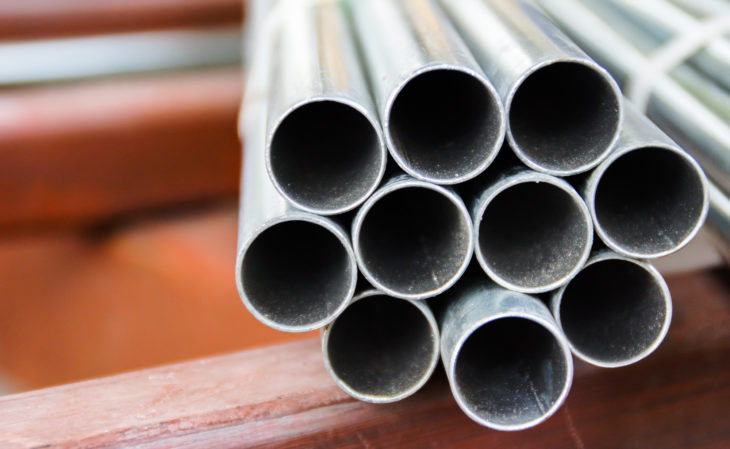 A 40-year-old man in the U.K. got his penis sufficiently stuck in a steel pipe while trying to make love to it. He had no choice but to call emergency services to rescue his member. I’m wondering what the operator’s reaction to hearing the words “My penis is stuck in a steel pipe!” was?) He was initially taken to the ER, but doctors were unable to operate on him because the restricted blood flow. With the steady hands of seven firefighters, it took 30 minutes and a metal grinder (arrrgghhh!) to free his bruised and battered willy. I wonder if he still has feelings for the pipe after it hurt him so? [Newser] 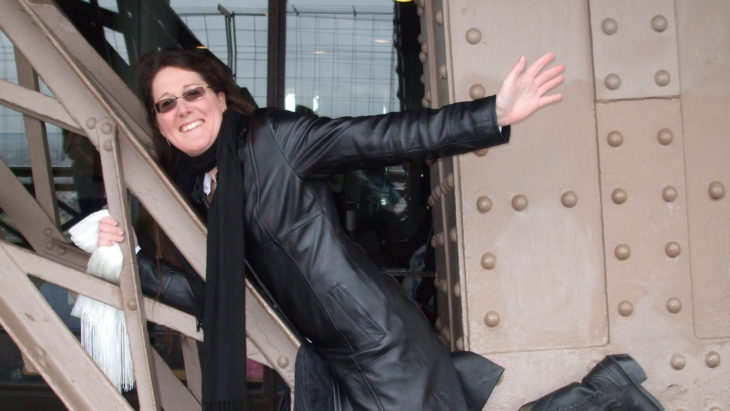 Erika La Tour Eiffel is a former U.S. Air Force soldier who claims to be married to the Eiffel Tower. She had also been in love with an archery bow (named Lance) and a sword before that. Erika had a wedding ceremony with friends in 2007, promising eternal love to the monument and legally changing her name. But it’s not easy being married to a tourist attraction, on top of the fact that she lives across the globe in San Francisco.
Also, Erika says, “There is a huge problem with being in love with a public object. The issue of intimacy — or rather lack of it — is forever present.” On their first-year anniversary, Erika visited her love to “consummate” her marriage by straddling one of the beams naked. I wonder if the Washington Monument’s already taken? Eh, the Eiffel Tower is sexier. [Independent UK] 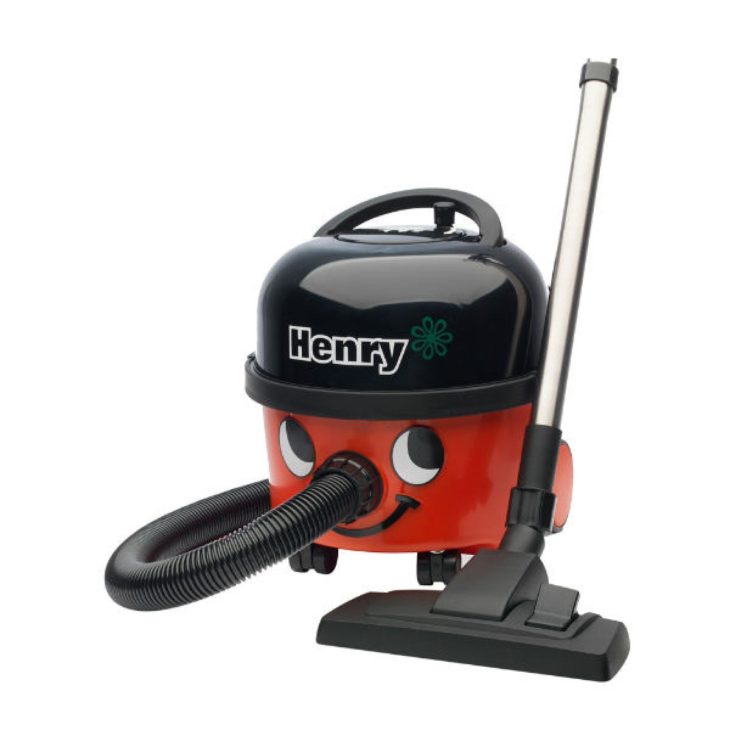 A Polish hospital worker was caught having a quickie in the break room with his beloved vacuum cleaner. His excuse? Oh, he said he was vacuuming his underwear. Didn’t you know that’s a common practice in Poland? Yeah right. But seriously, that sounds dangerous. [The Sun UK] 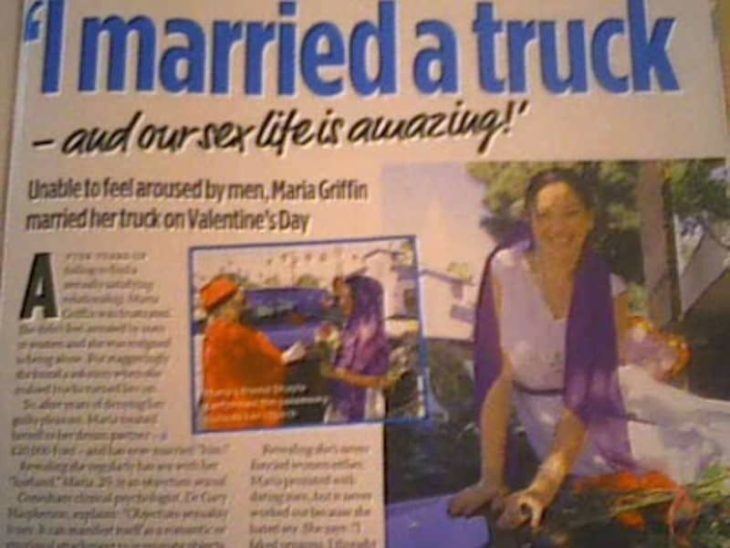 Unable to feel aroused by men, Maria Griffin married her truck on Valentine’s Day. And, apparently, their sex life is amazing! Just how exactly do they have sex? I am so curious. Anyhow, I guess it’s none of my business. I’m really happy for them. They make an adorable couple. Just goes to show, you never know when true love is going to roll into your life. [Kitten Meat] 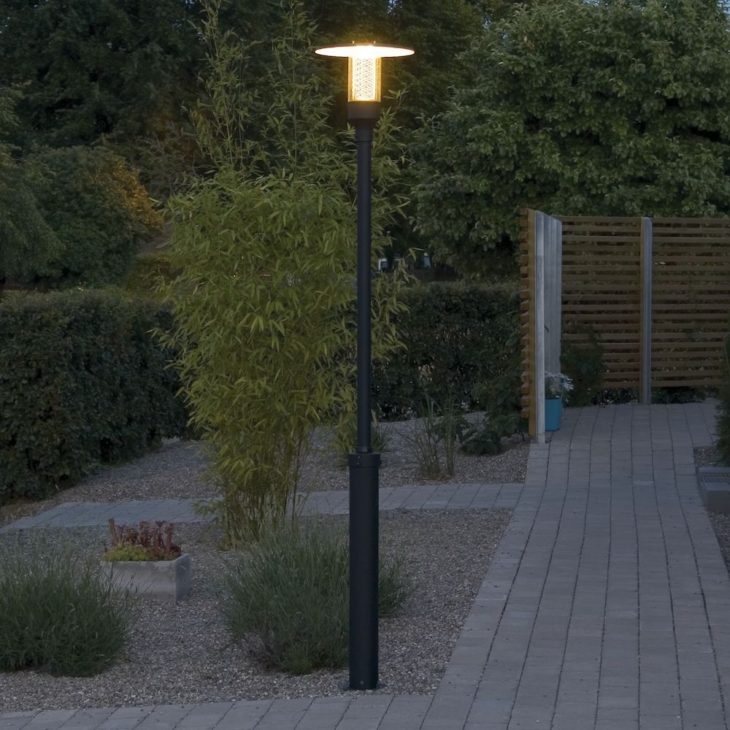 A UK man was arrested when children witnessed him getting frisky with the light of his life, a lamp post. Would it be in bad taste for me to make a joke about him being a lamposexual? [Telegraph] 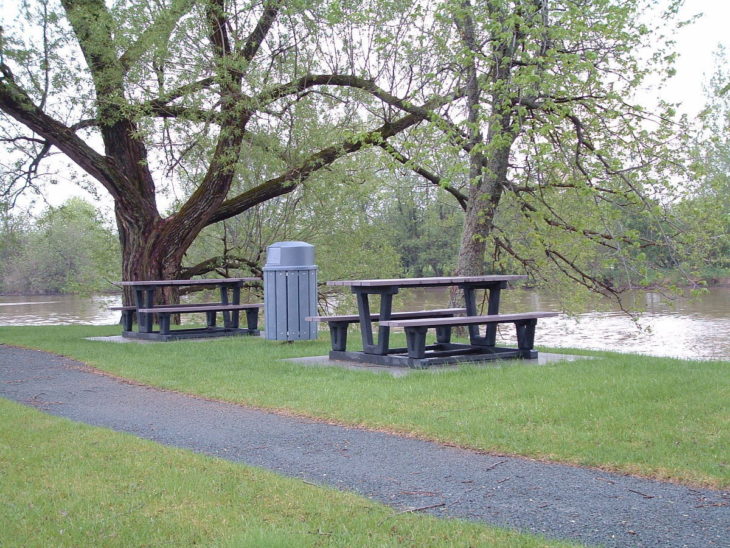 Ohio man, Art Price Jr., was arrested after he was caught having repeated trysts with a metal picnic table in the park. He was caught on tape completely nude, engaging sexually with a hole in the center of the table intended for an umbrella. He should have brought it back to his place instead. [Fox] 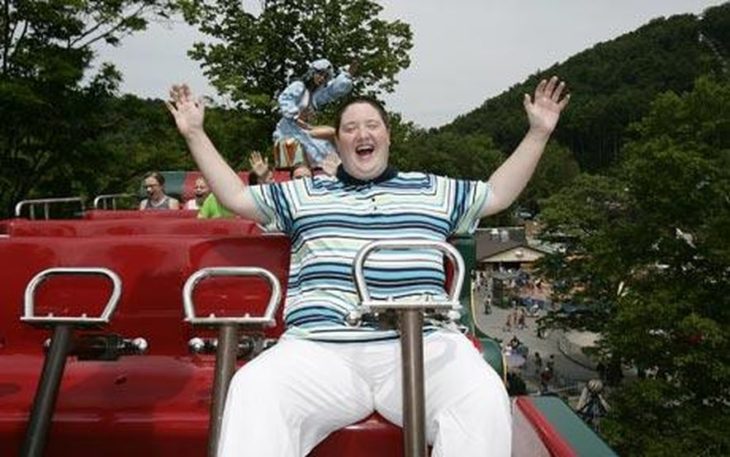 Pennsylvanian Miss Amy Wolfe has been courting a roller coaster called 1001 Nachts for over 10 years. She’s been on the ride over 3,000 times and plans on changing her surname to Weber after its manufacturer. Of her bond, Wolfe says, “I love him as much as women love their husbands and know we’ll be together forever. I was instantly attracted to him sexually and mentally.”
She says she is not jealous that others can ride 1001 Nachts and she sleeps with a picture of the roller coaster on her ceiling and carries its spare nuts and bolts with her to feel close. It’s far too easy to make a joke about carrying your husband’s “nuts and bolts.” [Telegraph] 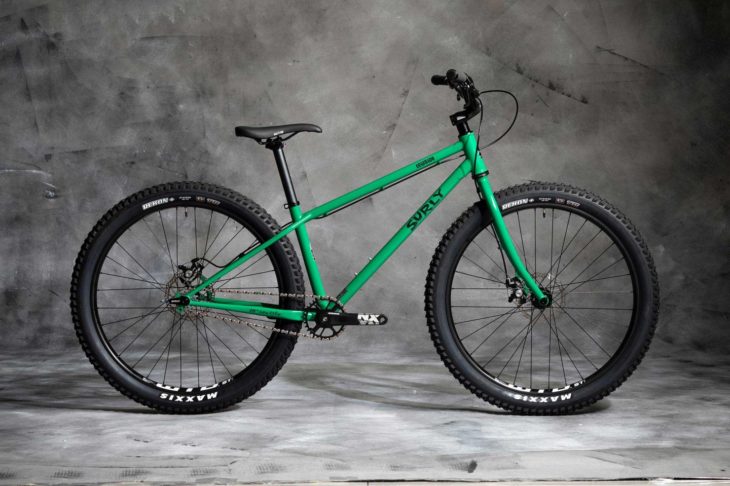 What You Need For a Trade Show

Hitched: Should Cheaters ‘Fess Up Or Take It To The Grave?