8 Craft Stores To Shop At Instead Of Hobby Lobby

I learned about sweatshops towards the end of junior high and I remember being deeply troubled. A burgeoning activist, I decided to boycott all clothing stores that sold products made in sweatshops. A quick AOL internet search (#old) revealed that my boycott would actually be incredibly difficult — if not impossible — given that I did not have my own money, transportation or sewing skills. The boycott was abandoned. With the exception of the fair trade purchasing when I do when it’s convenient, it hasn’t reared its head since.

Boycotting Hobby Lobby, however, is easy. The first reason is that I’ve never actually laid eyes on one. Frankly, I didn’t know it existed before they took it upon themselves to save all the unborn fetuses of crafty shift-workers of America. There is only one Hobby Lobby in my hometown San Diego, and it’s about an hour’s drive from my family home. The same is true in Boston, the other American city in which I’ve dwelled. In my current home of Melbourne, Australia, there is literally not a Hobby Lobby in the hemisphere. So you see, my boycott is a bit ridiculous but also VERY MEANINGFUL, you know?

I say this because I know that a boycott can be inconvenient. As the tidal wave of shit that is the recent Supreme Court decision drifts further into the past, it will seem less important to drive an extra 10 minutes to buy your yarn.

And I know, there is a fear associated with a boycott of such a massive employer: What about the employees who work there and need the job, and would suffer if the business did? It’s a concern especially now when the out-of-pocket cost of an IUD is about the same as a month of minimum wage pay! With a boycott, we collectively grow the competition. Jobs will become available at the other craft stores that will flourish in the wake of the Hobby Lobby PR disaster. What an opportunity to grow small, independent businesses, often owned by women! 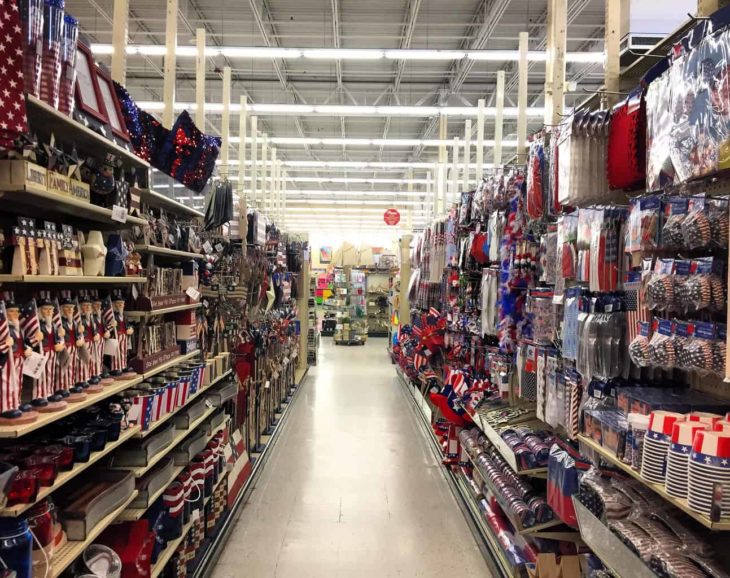 So here is a list of eight stores where you can go and get your craft on instead of Hobby Lobby:

Jo-Ann is probably one of Hobby Lobby’s largest national competitors, so they’ll be licking their chops at the opportunity to snag some of its business. It’s well-stocked, store are all over the place and the staff are generally knowledgeable. I myself have engaged in some very successful DIY with products purchased from Jo-Ann.

Michael’s completes the trifecta of the big three American craft stores. Like Jo-Ann, they are all over and they’re excellent.

Their brick-and-mortar store is located in San Francisco, but The Hobby Co. operates on online shop that will ship within five to 10 business days. Also? They list a Yahoo address as their contact email — if that doesn’t scream “indie craft store” I don’t know what does.

“We draw and paint and sculpt. We get this stuff in our hair and up our nose. We wouldn’t want it any other way. It’s pretty simple with us, it’s just about the art.”

So, not about contraception then? Brilliant. This beautiful coastal San Diego arts and crafts store does not sell online, but they give an adorably honest reason:

“We have limited warehousing for products, we are not very good “technologists,” and on the occasions that we have tried it, we became a mess of paper-cuts, which really annoyed every delivery driver in Southern California. Now, that’s not to say it can’t be done. Shoot me an email and we’ll see if we can help you out.”

I don’t know if they want to expand, but that’s the kind of business I want to support! 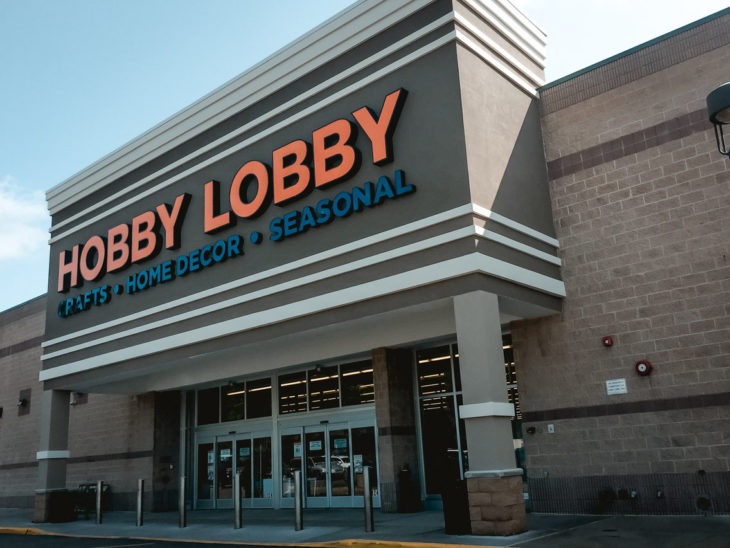 Craft Warehouse has locations in Oregon, Washington and Idaho. They also don’t operate an online store, but they do have a very cool blog full of crafting tips, including some very patriotic 4th of July ideas. (Plus, lots of coupons!)

They are not a storefront themselves, but rather a family-owned scrapbooking equipment company. The website’s “store locator” tab includes names and addresses of dozens of craft stores all over the country that stock their goods. This is a handy resource for scrap-bookers in need of a new local hangout!

No online store here, but this family-friendly craft store does have an excellent projects page, where patterns and ideas for crafts like this bangin’ princess tutu are accessible to the public.

Dick Blick features storefronts all over the US of A and an online shop.  AND?! There are registry and list features so if you’re having a big gay wedding and don’t want to make your table mason jars with supplies from big sex-is-only-for-reproduction Hobby Lobby, you’re all set.

So, where do you go for great craft supplies? What’s your favorite regional independent shop? Let us know in the comments!

The Cheapest Way To Rent A Car For A Month

The Best/Worst Parts About Being Sick

7 Things You Can Buy With Cryptocurrency