In March, I signed up for a 5k called Bacon Chase that took place in June (the lure being that you got unlimited bacon at the end). I figured by the time it rolled around, I’d be ready for it. So, of course, I proceeded to not prepare at all and then run it anyway to get my money’s worth — and I did OK! I managed not to stop running the whole time, and I ran at my normal 12:00 pace.

What happened next is what’s kind of messed in the head: I thought, OK, now I’m gonna do a 10k. The next day I thought, Oh, fuck it all, I’m doing the marathon. Yes, I have poor impulse control and I self-aggrandize about my capabilities. But it’s turned out all right. I was able to get registered on the Advocate Hospitals charity team to raise money for one of their city-based behavioral health centers (they serve the underserved and they need it, please donate!), so far I’ve stuck pretty well to the plan, and to my complete and utter surprise it is no longer a big deal for me to run 10 miles in a day anymore. 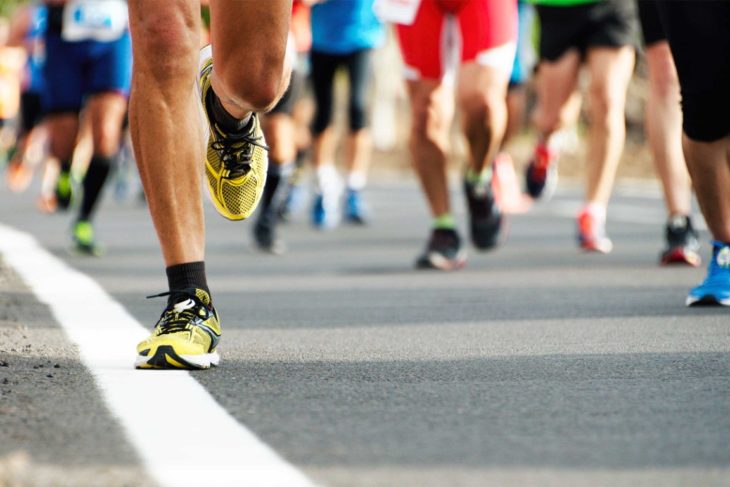 1. Discomfort is normal and it’s good to get used to it. My self-defense trainer pointed something out to me a few weeks ago that’s been key in the last, hardest part of marathon training that I’m in: What I’m experiencing while I run is discomfort. It’s not pain, it’s not death, it’s not injuries (although I have had those, but I can tell the difference), it’s just temporary discomfort. If I can work through the discomfort, I can follow through on my goals for each run and continue to improve. It was particularly a revelation because at the same time, I’ve been working hard on coping with anxiety and panic attacks, and the same logic applies — that you can detach yourself from the discomfort and get used to working through it.

2. A healthy heart can beat 200 times a minute for two weeks without sustaining lasting damage. I didn’t learn that from a trainer, by the way — I learned that from a workbook about anxiety attacks. So this is the first lesson turned around, wherein I’ve been able to take something from the emotional work I’m doing and apply it to the physical work I’m doing: While you’re running, you might feel like you’re going to go into cardiac arrest, but — if you’re otherwise healthy, at least! — chances are you will be just fine and scaring yourself about having a heart attack is just going to make you panic and give up.

3. Cardio is shit all-around exercise. Things that have improved: Endurance, stamina, lung capacity. Things that have stayed roughly the same: Body fat percentage. Things that have decreased: Maximum squat weight. I’m sort of anxious for marathon training to be over so that I can start doing interval training and get back to doing barbell lifting more seriously to improve my running speed while also building muscle, since I’ve had to compromise in all of those areas for the sake of improving my endurance. 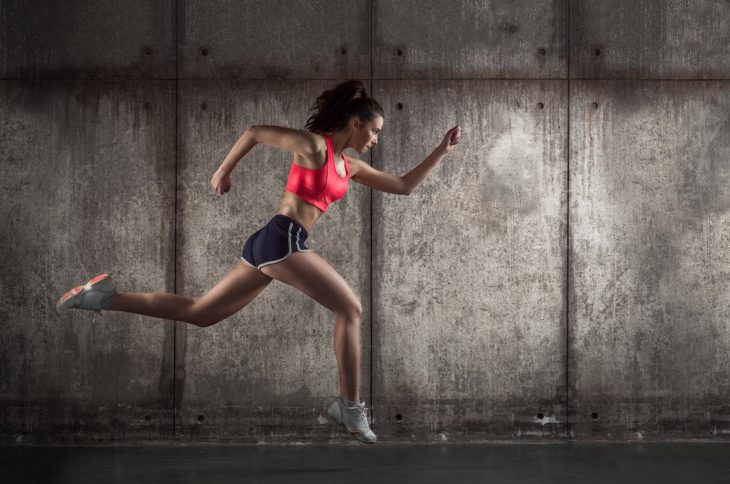 4. Athletes are all out of their damn minds. This is the thought that occurs to me around mile 14 every time I have to pass a mile 14. The World Cup happened during my marathon training, as did the majority of this season’s“So You Think You Can Dance,” so I’ve meanwhile been watching incredibly fit people doing incredible things with their bodies. The amount of work I’ve put into just being able to run a 12:30 pace over 18 miles has been INSANE. The amount of bodily pain I’ve been in is like nothing else I’ve ever experienced. Athletes, what are you THINKING?! You have other options! Also, good on you, I aspire to your level of agility and strength. And really, I have started to very much look forward to my runs, which I never thought I’d do.

5. If you’re a beginner, really, the fact that you’re even getting through training is impressive.I’ve missed, I think, three-and-a-half of my short runs. This past weekend, I accidentally (truly accidentally — my mapping app lied to me, I was pissed) ran 16 miles instead of 18 and didn’t make up for it. My pace has ranged from an 10:30 average to a 13:30 average, leaning heavily toward around 12:30. I’ve panicked and felt guilty about missing runs, or about being what I guess is “so slow” (although to me it is definitely fast!) and gone onto runner’s forums to see if I’m doing OK, just to get inundated with messages saying that if you miss training runs at all you’re fucked for the marathon, that slow runners are ruining marathons, and on and on — that’s not true. It’s OK to miss runs. I’ve had days when I just DID NOT want to run, and it was my body telling me that I had to rest. The next day, I get up and run and do way better than I expect to.

6. There’s a high probability that you will not lose a ton of weight training for a marathon if you don’t have a whole lot to lose in the first place. I have gained weight, possibly because all I want to do when I get done with running is stuff my face full of protein shakes and fruit. And I do mean FULL OF. 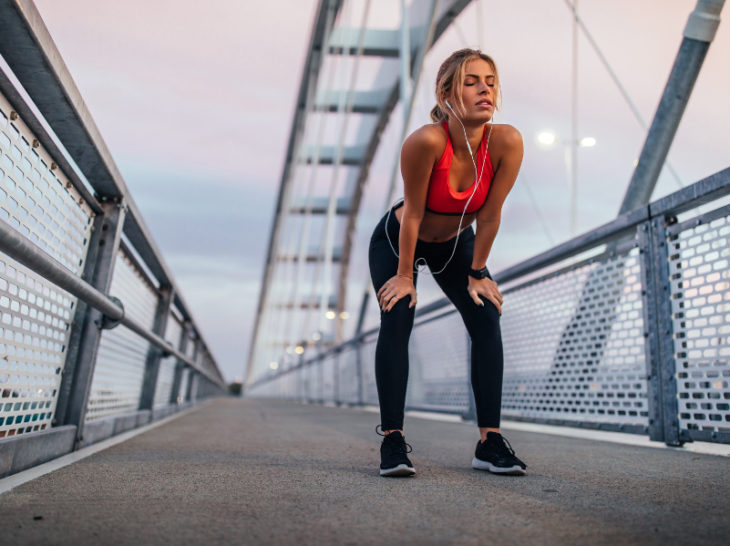 7. Even if you like exercising alone, having some sort of a buddy system is a good idea. Instead of running on the training team that was offered to me through the charity, I chose to map my own routes and go it alone. But that doesn’t afford me a lot of encouragement, which has been a drag sometimes, so I’ve devised systems: When I need running advice or reassurance that I’m doing OK, I turn to marathoners in my Facebook feed who I know personally instead of elite runners on message boards. When I go for my Sunday morning long runs, I ask my friends on to tweet at me or text me during my run so that during my walk intervals I can get a little pick-me-up. Going it totally alone would be mentally defeating.

8. People actually do learn life lessons from physical activity.I used to think that it was a precious and sentimental lie people told themselves, that the things they did for exercise were so meaningful in their lives (because I can kind of be a judgmental dick in my head). It’s true: My impulsive bet with myself that I could finish a marathon in four months has made me feel like I can do anything, which is a feeling I haven’t had for almost 10 years. I value my tolerance for pain, now. I’m glad to have my lung capacity back because it means I could viably start singing again. I’ve gotten to know my city better. I’ve developed a greater level of productivity and focus. I’m ambitious again for the first time in years. I understand now! The ways we challenge our bodies are analogous to the ways we challenge our minds.