A Chinese businessman (not the man pictured above, however) broke records this weekend when he bought a puppy for almost $2 million — more than anyone has ever paid for a pet dog. What the hell is this costly canine? A 200-pound Tibetan Mastiff, who will grow up to look something like a giant fluffy teddy bear. Hey, if the price is right.

The pooch, who doesn’t seem to have a name yet, was purchased at a “luxury pet fair” in eastern China. The buyer says that all his dogs “have lion’s blood” and explained  the rare breed are “just like our nationally treasured pandas, so the prices are so high.” [Jessica’s Note: Wait, does this mean I could buy a panda for the right price?] 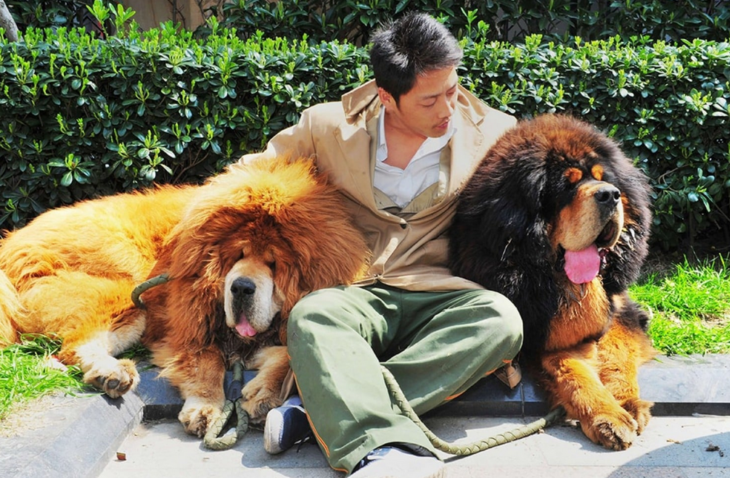 It’s hard to imagine how any accessory, I mean, pet could become so expensive. The Tibetan Mastiff was named 2010’s “dog of the moment” and they have become status symbols; in 2011, an anonymous multimillionaire purchased one for $1.5 million, which at the time was a record-breaking pice. The owner has said he plans to use the dog for breeding so he can earn money off the dog’s fancy genes.

Unsolicited PSA: maybe consider rescuing a shelter pet instead of dropping two million on a designer pet. Just a suggestion.