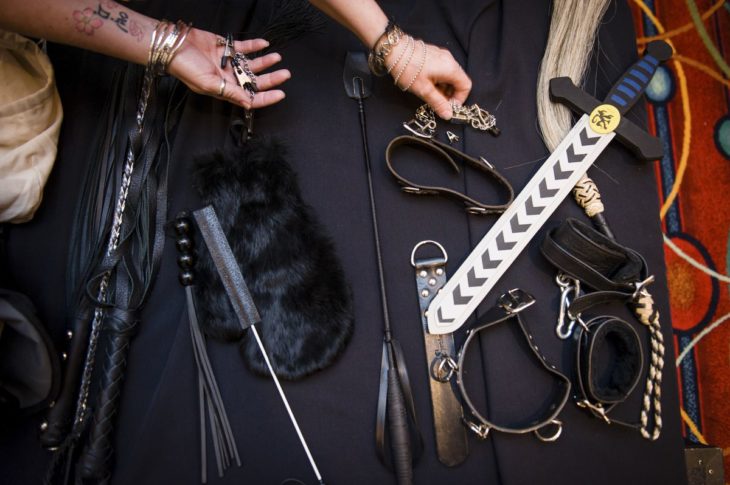 A bottom can communicate that certain limits are a little flexible. “I hate nipple clamps. But I’m willing to take them, for you, if they aren’t left on too long.” However, being a little flexible doesn’t equal, “I have no limits at all about it.”

But here’s how to take a small boundary-crossing and make it a bigger issue. “You didn’t say I couldn’t put nipples clamps on you. Come on, they’re not THAT tight! You have to be able to take nipple clamps if you expect anyone to play with you.” Some people define this as “pushing someone’s boundaries,” and they think a sexual or BDSM encounter is not really a good one unless they do it. I define this as “being an asshole.” Another example is a top who stops the boundary-crossing behavior when they’re told – but then returns to it repeatedly during the encounter, thus forcing the bottom to either tell them over and over again not to do it; give in and endure it resentfully; or abort the whole scene. 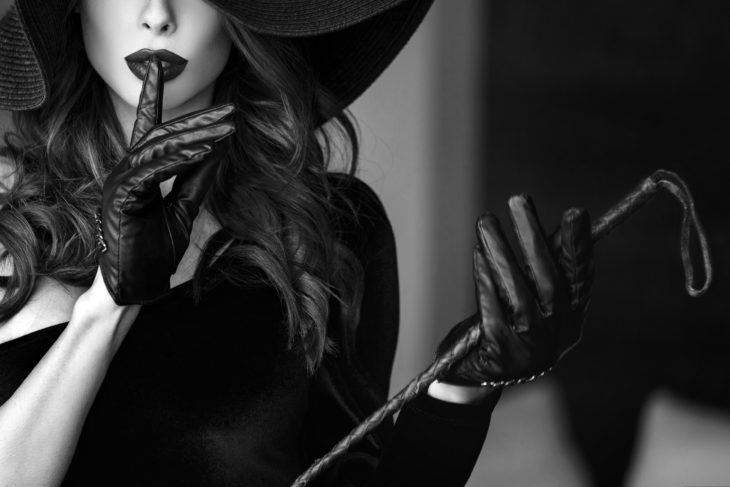 Source: Above the Law

This is the serious one. A violation of consent happens when someone in the encounter wants everything to stop – but it doesn’t. If sex is involved, then this is rape, but a violation of consent can also happen during non-sexual activities. It can even happen in scenes that are mainly psychological. The most common type of violation of consent is that the bottom communicates very clearly that he/she wants out of the scene, now – and the top refuses to comply. But here’s the part that makes folks nervous: it sometimes happens that a bottoms stops consenting to an encounter, but they don’t explicitly say so. Maybe they are afraid to, or they’re just so overwhelmed and upset by what’s happening that they simply cannot get the words out. But even if someone isn’t able to say “stop,” if they want the action to stop, and it doesn’t, it’s still a violation of their consent. 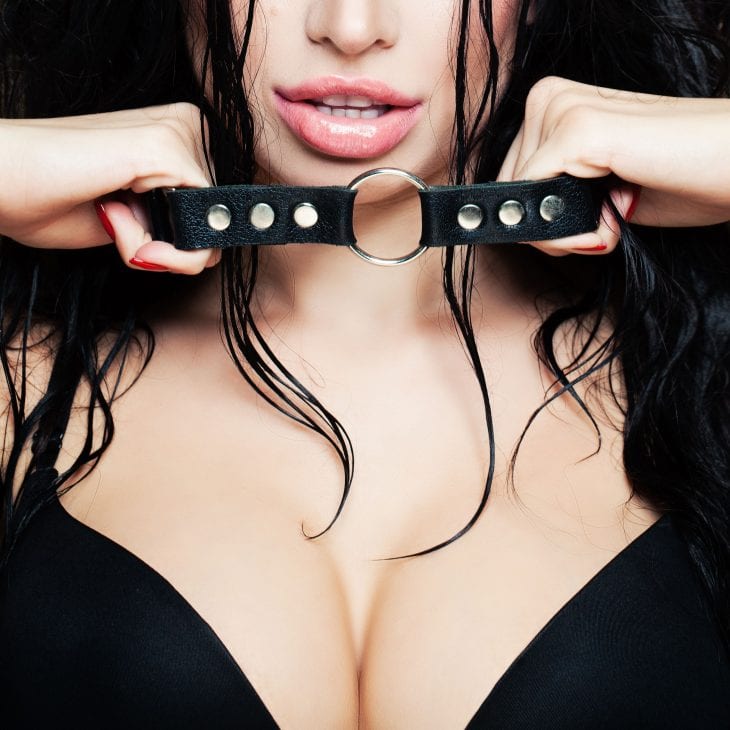 I’m a top. More specifically, I’m a sadist. I enjoy doing physically extreme things to people’s bodies. BDSM is fickle magic. Occasionally, even with an enthusiastic partner, a scene just won’t click. But other times, all the elements align, and an electrical current crackles between me and my bottom like the rods of a Jacob’s Ladder. Certain people just emit a rare and intoxicating pheromone, and when I breathe it in, a physical rush shoots up from the core of my body all the way to my animal brain. When that happens, the whole world simply goes away, and the only thing I want to do is keep going, so I can get more of that sweet intoxication.

But a tiny part of my brain stays sober, and the small sober voice says to me, “Untie his arms from over his head, his hands are cold and his shoulder joints will be getting strained. Give him some water. Look into his eyes, speak to him, and make him speak a few words back, so he doesn’t forget how.” I must constantly balance my visceral pleasure with my rational management of his experience. Because the only thing that distinguishes a really hot scene from a potentially criminal assault is how your bottom feels about it.

So it’s a dangerous thing, taking control of someone. It makes you vulnerable, and awareness of that vulnerability is what I saw flash across my male friends’ faces. But there’s a way to mitigate that risk. Don’t just leave it to the bottom to speak up if they need to. Take control of that by asking them questions. I don’t mean the Antioch-style “May I touch your left breast now?” People who use the yellow/red system of safewords sometimes require each other to say “green” to mean “Yes, more,” but I don’t care for that, either. After getting someone’s consent to take control, here’s what I prefer to do. I take hold of them by some tender bit of their anatomy, and say something like, “We’re going to play a game: every little while, I’m going to say ‘Who’s your daddy?’ And if you’re good with what’s happening, say ‘You are, daddy!’ If you don’t say that, I’ll stop. So if you like it, you have to answer me.”

The call-and-response consent update works with any set of questions. It’s best if it’s something simple, or something previously established as a memorable phrase between the two of you. You can make the question something sexy, something serious, or (as I obviously did here) something completely ridiculous. But I like this system because most of the time, when someone has withdrawn consent in their head, what they do is freeze and go silent. So if there’s no response or a wrong response to the consent question? Everything should stop immediately. 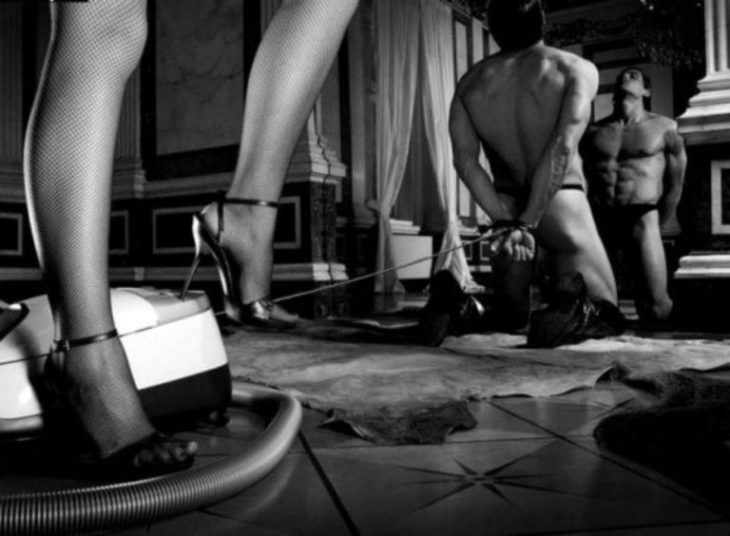 But here’s the painful truth about navigating boundaries and consent as a top: you can mitigate risks, but you can’t eliminate them completely. If you go up to bat often enough, eventually you’ll hit a foul ball. Once I had someone tell me I could slap him on the ass, “but don’t leave any marks.” I gave him what I considered a light smack, and a bruise blossomed there like a malevolent dark orchid. I didn’t think that would happen. I thought I’d reasonably assessed the risk. But I was wrong, and I had to take responsibility for that. You can have an encounter where you thought you said and did all the proper things, and yet a day, or a week, or a year afterward, your partner will come to you and say, “What you did to me wasn’t okay, and I’m angry.” When you take control of someone, you can bring about an intense emotional response that neither of you expected, and that leaves a mark on them that you must take responsibility for.

Conversations about a mistake you’ve made are never enjoyable. But either you can have that talk with them, or they’ll have it with other people, and you’ll like that even less. It may feel to you like this person is being unfair, or illogical, or just plain mean, but don’t try to argue with them about their feelings, either past or present. Listen, without interrupting, to everything they want to say to you about it. Then say, “I’m sorry to hear this. I believed I had your consent to what I did, but I hear you saying now that I did not. I sincerely apologize for my actions. I will think very carefully about everything you’ve said. Is there anything I can do now to make you feel better about what happened?” If they want something that’s within your power to do – like, to stop calling them for another date, or to take down the blog post you wrote about the scene – do that. Do your venting and processing in private. That’s how you handle this situation. Because if your partner says you failed in your responsibility to their feelings during the scene, then the most honorable course of action open to you is to show respect for what they are feeling now.

On The Lies Women Tell Men In The Bedroom