Adele recently went through a divorce. It seems it did wonders for her figure. While on holiday in Anguilla, she told the reporters that she lost more than 45kg or 100lbs since her divorce. She and her ex-husband Simon Konecki have a seven-year-old son named Angelo. While they separated peacefully, and without controversies, Adele seems to be losing much weight since the split.

Someone like you singer was spending holidays with two celebrities. According to People magazine, Adele was spotted in the company of former One Direction singer Harry Styles and TV personality James Corden. 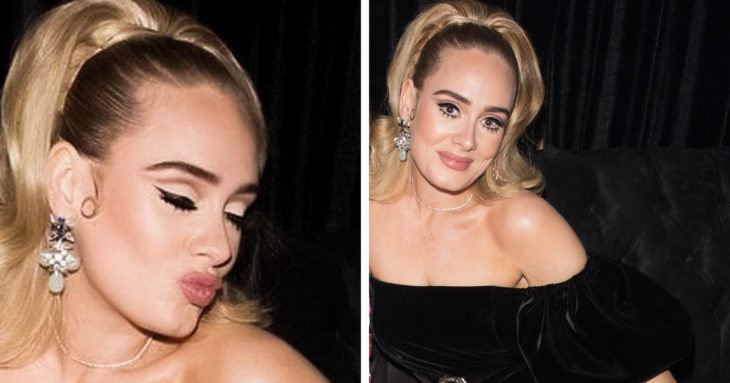 While at Anguilla, Adele spent time with her fans. It was these fans who reported to People magazine what Adele said of her weight-loss. Lexi Larson, the 19-year-old fan, told the People magazine that Adele approached her at the Blanchards Restaurant and Beach Shack on Anguilla on January 3rd.

Lexi told that Adele was very attentive and was asking Larson and her friend what she can do for them both. She posed for photos with them, and after some chatting, she called Harry Styles to join them, which thrilled the girls. Both celebrities posed for pictures with their fans.

We both tried to ruin Christmas but then both our hearts grew! Thank you for coming to my party and making us feel like kids Grinch ? Merry Christmas and Happy Holidays everyone x

In a conversation with Adele, which lasted about fifteen minutes, she talked about the weight loss, claiming that she lost more than 100lbs. The girls added that Adele now looks fantastic, and she seems truly happy and confident.

While you can say that Adele looks better than ever, some fans voiced their concern. Many of them believe that Adele took her diet too far and that she now looks skinny and unhealthy.

The first time Adele appealed publicly sporting her new look was at Drake’s party for his 33rd birthday. Some couldn’t even recognize the Hello singer. Some fans also wondered if they should be worried about the singer. 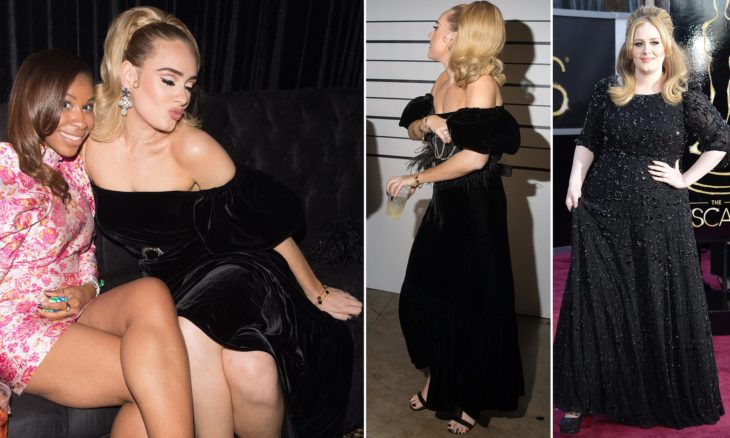 All these comments seem funny as Adele was often criticized for her being overweighted. Now that she’s no longer is, they claim she’s too thin. It seems you can’t please people, and Adele, you shouldn’t even try. You are perfect as you are.

And, after all, we love Adele for her voice, not for the way she looks.