After Meghan Markle and Prince Harry announced their decision to step away from the Royal family, there isn’t a person in the world that didn’t comment on the matter. The last in the line of celebrities who took their stance on the issue is Jack Osbourne. The son of more famous Ozzy Osbourne decided to make his two cents on the matter known.

Ozzy’s son decided to use Twitter as a medium for the release of his thoughts. Unlike some of the Royal family members who took this situation seriously, Jack decided to take a comedic approach. He succeeds as the entire world now laughs at his Tweet. 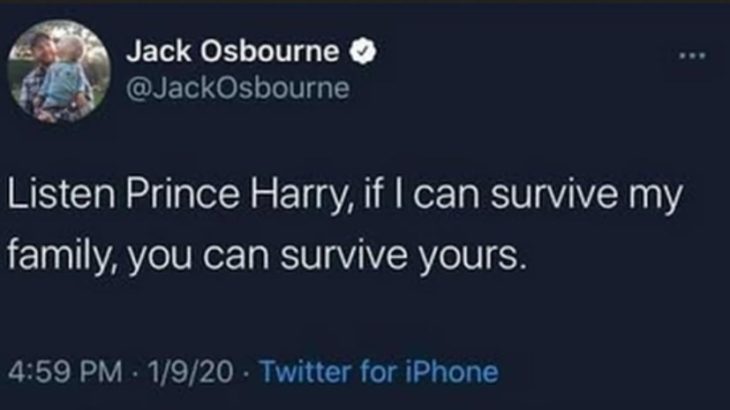 Duke and Duchess of Sussex made their decision public that they feel the time is right for them to withdraw from the Royal family regardless of them being senior members. Their goal now is to become financially independent. Meghan and Harry also plan to live partly in the UK and partly in the US, which is unheard of in the Royal family. The Royal family did not well accept the decision, and now entire world debates on the issue.

Jack Osbourne decides to give support to Meghan and Harry, stating that if he was able to survive his family, the two of them should have it easy with theirs. This tweet should be regarded as supportive towards Harry and Meghan as they don’t receive any from members of their family. Jack, who had a somewhat dysfunctional family, knows what’s not to have anyone on your side. 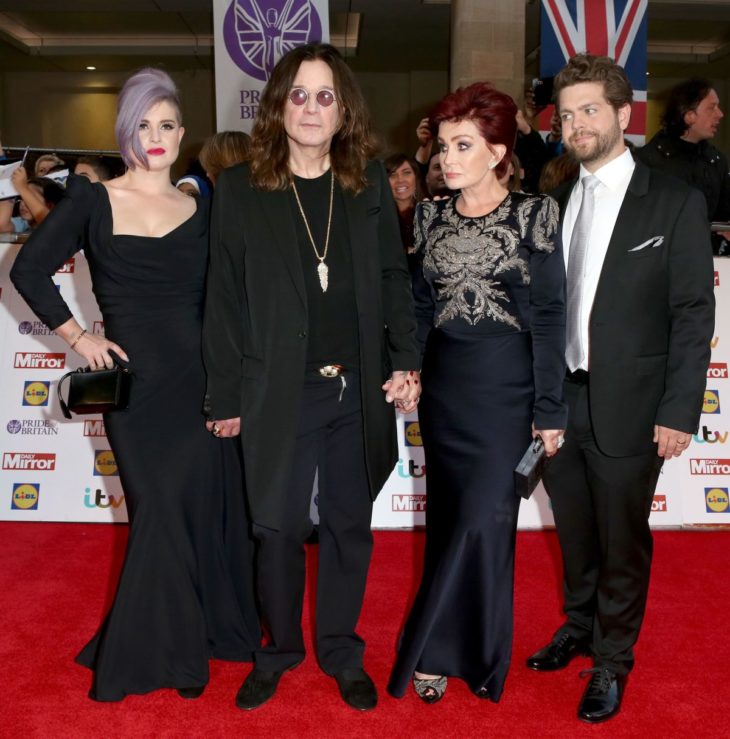 Duke and Duchess of Sussex will be glad to have people on their side knowing that their Royal family is not supportive of their decision. Apparently, Meghan and Harry didn’t talk to any members of the family before making this decision. According to the sources from The Sun, Prince William was raging upon hearing the news. Prince claims that what they did is a declaration of the war on the family, as it breaks Royal protocols, and it was not discussed with anyone.

While Meghan and Harry declared that they would continue to support the Queen, the Commonwealth, and their Royal family, the Queen was upset with their decision. 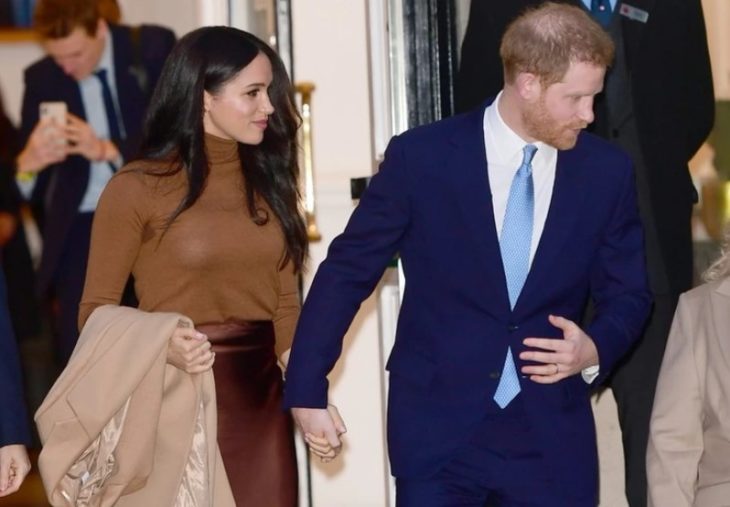 So, while Duke and Duchess will support their family, it seems that Royal’s will turn their back on the young couple. At the moment, their decision can’t be accepted by the Royal family as they made it without thinking of consequences.

It remains to see how the future will unfold for Harry and Meghan. According to Royal customs, who are both formal and informal, they are not allowed to earn money in any way or work full-time. It will be interesting how they will become financially independent.

Follow us for more stories on the Royal family.