This doesn’t often happen to celebrities, but now it seems possible. Daniel Radcliffe was mistaken for a homeless man. While visiting New York, a famous actor was approached by a stranger who gave him 5 dollars.

While guesting at The Graham Norton Show, Radcliffe recalls that he was feeling weird when the even occurred. Daniel, who became a prominent public figure after his role in Harry Potter movies, said that the situation happened on the East coast of the United States, where he was with his girlfriend, Erin Drake.

The pair were shopping in the streets of New York. While Erin was in a shop, Daniel stood outside with their dog. Radcliffe recalls that it was freezing, so he had his hoodie and a coat on, all wrapped around him for warmth. Harry Potter actor also noticed that his dog was feeling cold, so he knelled and petted him to keep both of them warm.

Only moments had passed when Radcliffe noticed that a person was approaching him. The stranger had a big smile on his face and handed Daniel a $5 bill. The unnamed man suggested that Radcliffe should get himself some coffee. 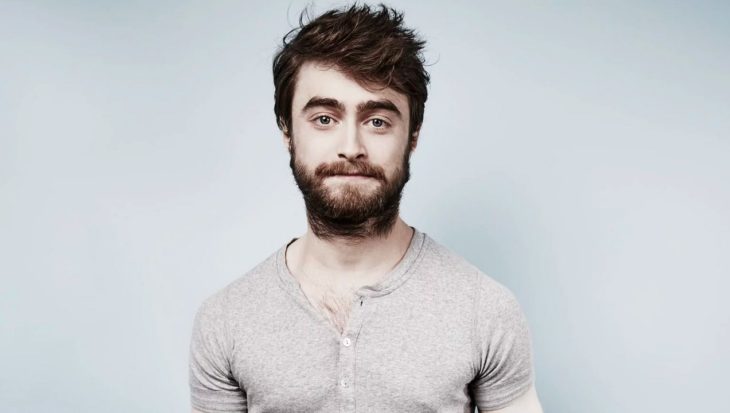 The moment described above served as a wake-up call for Daniel. The young wizard felt that he needs to shave more often.

But, someone famous as Harry Potter actor gets recognized more often than he doesn’t. Radcliffe says that he always tries to be pleasant to his fans when they meet and greet him on the street. Being famous since a young age Daniel got used to being approached by people. While there are people who believe that a celebrity of Radcliffe’s would be unkind to them and contact the actor the same way, Daniel claims that this is something he always tried not to be the case.

Daniel also stated that there are people who approach him too directly, often on the border of being rude, but that situations like that don’t bother him. It’s something he lets get over his head. While guesting at The Graham Norton Show in 2015, he said that while there are those who are purposely rude to him, 90% of people he meets are genuinely lovely.

As he grew older and more famous, Radcliffe claims that his relationship with fans only got better. But, while he always looks to please his fans, there are situations where he’s not in the mood for conversations or taking photos. While many believed that there’s a bad side to his charming personality, it’s just not true. The only place where Daniel doesn’t like taking photos with fans is the gym. And, he’s not exclusive in that matter, he would love for the fans to let him finish his training session.

So, wait for Daniel Radcliffe to get his session done; besides that, he loves all of you, Harry Potter fans.