For nearly 10 years, developer Riley Testut has been trying to find and get in through the backdoors of the iPhone. He has always had a fascination with app development and one area he focused on was the emulators that let modern devices run retro console software.  Disappointment set in when it became clear that Apple was never going to allow console video games into the app store. Instead, the likes of Nintendo turned to develop mobile-specific versions of their games but they are not the same as playing the old console versions. Plus, the major console developers and Apple are in agreement that piracy is a no-no.

Testut turned his attention to building the emulation technology that would allow us to do just that and that resulted in an emulator app called GBA4iOS. Because of a loophole, GBA4iOS made it into the app store but it didn’t take long for both Nintendo and Apple to close it down. That didn’t stop him though and GBA4iOS was followed by Delta emulator but this cannot go in the official app store either.

Now he has figured out a way for his emulation software to be used on the iOS firmware forever – an alternative method of distributing apps called AltStore. Anyone that uses it can easily download third-party software that isn’t allowed into the iOS app store and its very first app is Delta Emulator, a powerful app that allows us to run Nintendo 64, SNES, NES, GB, and GBA games on our devices and has plans to include other related consoles in future updates.

How Does AltStore Work?

AltStore came about because Testut wanted nothing more than to get his emulator out there to the people who wanted it.  He found a way of combining a number of tricks used by independent developers to test apps before submitting them to the app store. It works by installing AltServer, a companion app that uses your Apple ID to install AltStore onto your iPhone or iPad and signs it as an app that the user developed. This is the same kind of trick that is used in Cydia Impactor, another popular way of sideloading apps after Cydia started to fail.

AltStore allows the installation of third-party apps by making the iPhone think that the user-developed the app and is testing it before it goes live. This is actually something that Apple allowed when they gave the Apple developer tool, Xcode, the ability to let anyone with a valid Apple ID to install apps and test them – this was their way of encouraging people to learn about app programming and testing. AltServer uses that to install AltStore onto your device – visit this page to do so: https://emus4udownload.org/altstore/

As with anything, there are restrictions. For starters, your device must be connected to your computer for AltServer to be installed. Second AltStore has to be refreshed once in every 7-day period otherwise it will be revoked and crash. Testut solved that by using iTunes Wi-Fi Sync; so long as your device is connected to your computer once a week and both are on the same network, AltServer will background refresh the app. 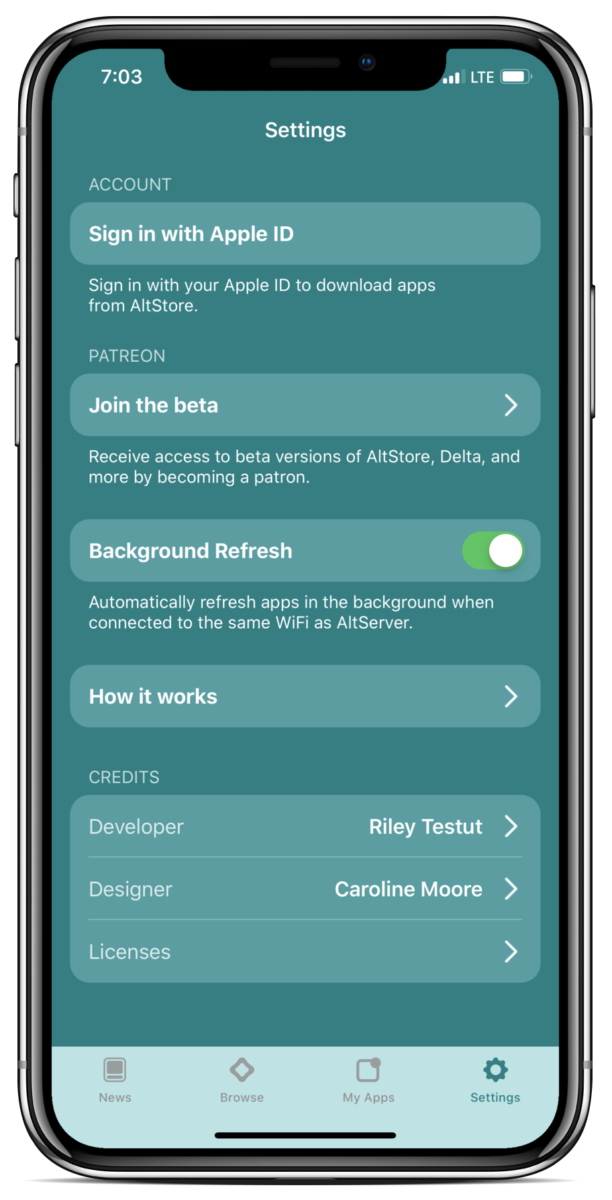 AltStore has now been officially launched and the success was immediate. So far, Testut says he has heard nothing from Apple or Nintendo and he sees that as a great sign that his app cannot be pulled. One of the reasons why AltStore is so unique is that it doesn’t require a jailbreak and that means your warranty cannot be revoked by Apple. It also doesn’t hack into the root of the iOS, which means your device is safe from external attacks or from being rendered totally inoperable – it has been known for jailbreaks to brick devices before now and being able to install AltStore in this way eliminates that problem.

So, What is AltStore?

It is, in essence, an app container, storing apps and games that cannot be found on the app store and is as easy to use on your iPhone as any official app and as easily as you can access web apps via your Mac or Windows PC. In a way, it is representative of how we could expect iOS to be if they used Google’s slightly more lax philosophy of more freedom for the user, something that is evident with the Android platform where users have long been able to sideload and install third-party apps without any hassle.

No matter what changes, if any, Apple does make in the future though there is one thing that is certain – Apple could shut down Riley Testut at any time (they have already done it before) and that would stop him from turning his new creation into an experimental platform for developers. What isn’t clear is how they could do it and what the knock-on effects would be. 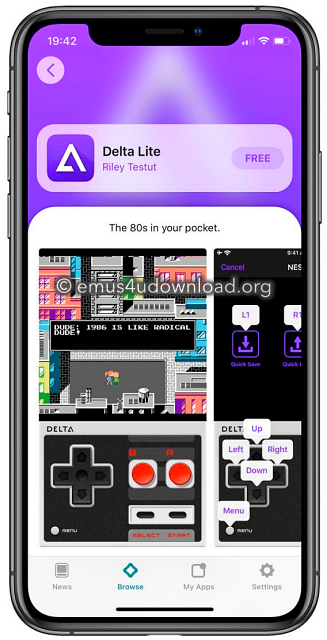 Testut doesn’t think that Apple could stop independent developers using the Developer Enterprise program to sideload their apps without making it impossible for organizations, schools, and DIY developers to build and test their apps and software.

In effect, all that Testut has done is exactly what Apple does itself and he believes there are only two ways that Apple can interfere – to shut down the entire service, not something they are likely to do, or disable the Wi-Fi sync ability. If they opt for the latter, he still believes that AltStore has a future so, for now, it’s a case of working with what AltStore offers now and watching this space.