Angelina Jolie and Her Daughter Vivienne Enjoying Together

On January 5, the Hollywood actress Angelina Jolie was spotted walking her dogs, accompanied by one of her children, daughter Vivienne. They were smiling and laughing all the way as they tried to tame their dogs who were pulling them along the streets.

On that same day, just a couple of hours later, Vivienne’s father and Angelina Jolie’s soon to be ex-husband was attending Golden Globes, due to his nominations. He won in the category Best Supporting Actor for his performance in Quentin Tarantino’s movie titled Once Upon a Time in Hollywood. Brad Pitt thanked Tarantino, as well as his co-star, Leonardo DiCaprio, who was the leading role in the movie. 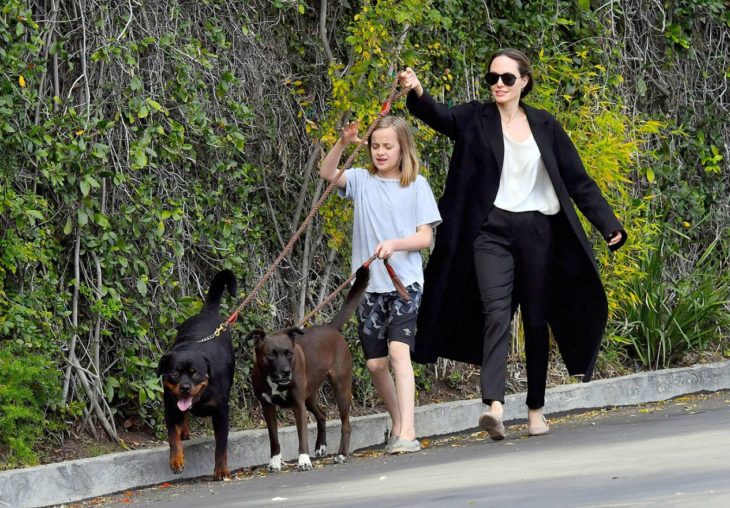 After the award ceremony, DiCaprio and Pitt went on to appear in “WTF,” a Marc Maron’s podcast. Pitt was talking about his path to stardom, his professional career, and he also spoke about his personal life. He commented that, after all these years, he is still being chased by the paparazzi. “Oh, man. I’m just like trash mag fodder,” he joked about all the ways he is using to conceal himself from the public so that nobody could recognize him. When Maron questioned him why Pitt thinks that paparazzi are still chasing him, the Once Upon a Time in Hollywood star commented, “Because of my disaster of a personal life probably.” His co-star DiCaprio joked, “[You’ve] got a very exciting personal life.” 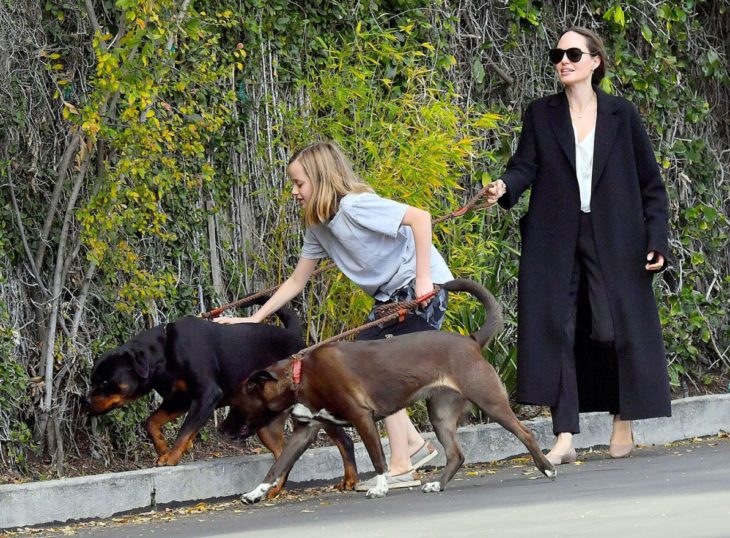 Angelina Jolie and Brad Pitt are still not legally divorced. Jolie shared some insights into her personal life during these last years. She shared with Madame Figaro how she “didn’t recognize” herself by the end of her marital life with Pitt, and to E! News, she revealed, “I’m like everybody and… especially these last few years haven’t been the easiest, and I haven’t felt very strong.” But Jolie admits that if it weren’t for her children, she would now how she would cope with everything. “They wrangle me. Honestly, they’re more together [than I am]. Zahara’s the most organized in the family.”

Games of Chance You Should Try