Two princesses from the Royal Family, Meghan Markle and Kate Middleton, are very popular in the media. When can hear a lot of different news about them every day, some are true, and many are rumors? The most recent news or better to be said, a rumor, is that Kate and Meghan are not getting well enough together. Many people think that the reason for that is some kind of rivalry that Kate supposedly sees in Meghan Markle.

Still, it is only a rumor because of every time that we have a chance to see them side by side they seem very affectionate with each other. So, the question is why some people think that there is any feeling of competition between them, and here we are going to elucidate some possible reasons for that.

Is there a Rivalry Between Kate and Meghan? 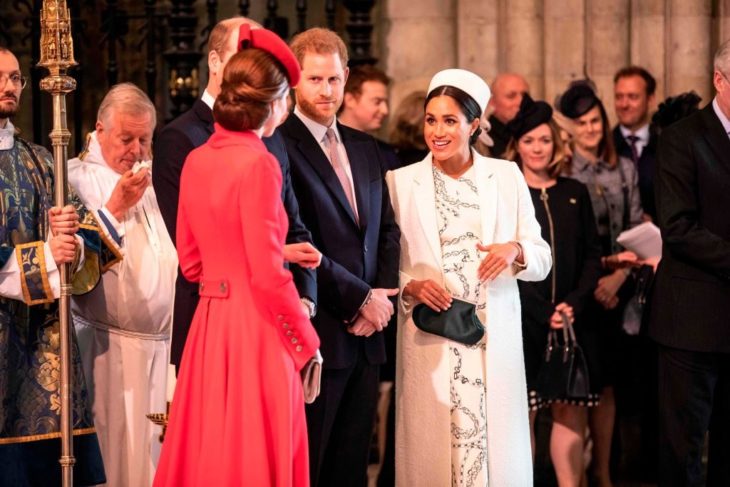 The only reason for someone to thinks that Kate sees a competition in Meghan is that recently the media is informing us more about the life of Meghan Markle and her husband and baby. In some way, Meghan has stolen all the publicity that Kate had in recent years.

Prince William and Kate were enjoying publicity since they got married in 2011. Media was always around them, even in some irrelevant situations, like where she goes for a haircut or something similar. Meghan and Prince Harry are totally opposite from them in that way since they are trying to keep their privacy, but the media is still full of stories about them. They seem to be a real spotlight in a recent year when they got united.

Publicity can actually be the only reason for competition between Kate and Meghan. Prince William is in the direct line to be the next king, and Harry is on the sixth place for that. So, no matter what the media is writing about them, there is no probable reason for Kate to have anything against her sister-in-law.

How to Eliminate Odors Rather Than Just Masking Them

Coffee and health: What does the latest research say?