Since his divorce to Angelina Jolie, Brad hasn’t been seen with his children in public for two-and-a-half years. That doesn’t mean he hasn’t seen them, well most of them, for all this time but they didn’t go with him to a baseball game or to a movie.

On the other hand, Angelina is parading with children in front of the camera for some time. It’s like she is a good mother and Brad is a Bad father. As you remember, Brad’s relationship with Maddox was the centre on Brad and Angelina’s divorce. 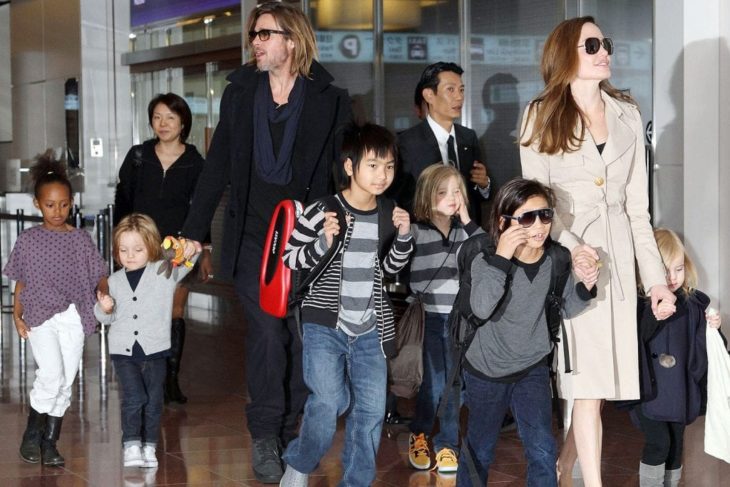 Angelina said her children are free to choose whether they want to see Brad or not and Maddox decided he doesn’t want to have anything with Brad.

His younger brother, Pax, also doesn’t want to hang out with their father. It is not a secret that Angelina is happy with this. A source close to the situation said: “Angie secretly delights in Maddox and Pax refusing to see Brad. Besides that, she doesn’t stop them when they badmouth and complain about him.”

“Not stopping them from blasting Brad, plays into her mind games,” a source added.

“Brad knows his relationship with Maddox is irreparable, but he deserves a chance with the younger ones. He’s tried his best to clean up his act,” a source said.

Brad is doing his best to change the situation but Angelina is not pleased with it and therefore their children are on their mother’s side.

“Brad’s sober and healthy and ready to be the best dad in the world, but Angelina refuses to give him a chance at redemption. It’s sad and frustrating.”

It’s only a matter of time when will this affect the current situation where both Brad and Angelina have shared custody.

Few Tips On How To Make Money Using YouTube