It is very common for Angie and Brad to go with their kids in stores for art supplies, as they are both very supportive when it comes to the development of their kid’s creativity. However, this time Angelina Jolie was not able to go with 12-year-old daughter Shiloh and 10-year-old Vivienne on 7th of January. Therefore, Jolie sent one of the bodyguards to play a babysitter for her daughters. Her decision upset Brad Pitt, as he thinks that their kids should not be overseen by strangers or people they don’t know. 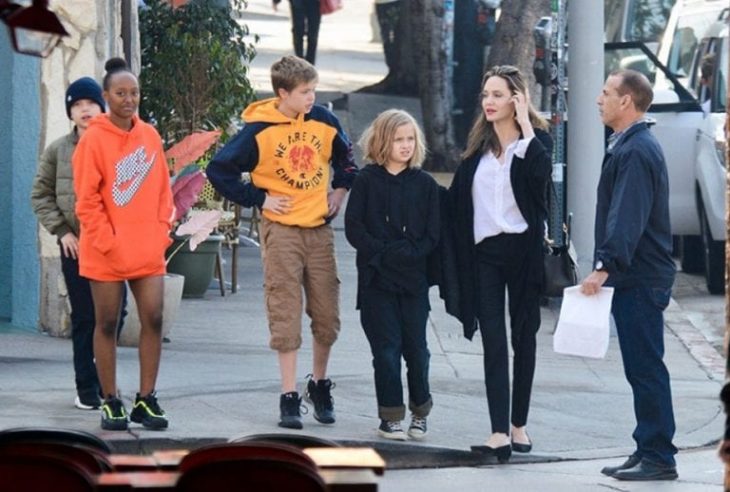 The custody agreement was finally made in December 2018 and Brad is still upset because of the fact that he can’t see his kids on a daily bases. Brad doesn’t like when Maddox 17, Pax 15, Zahara 13, Shiloh 12, and twins Knox and Vivienne 10, spend so much time with bodyguards, babysitters, nannies and other assistants hired by his ex-wife Angelina Jolie. Even though they are all around to help to raise their kids, Brad doesn’t like strangers going around them that often.

A source close to the famous actor stated that Brad is very disappointed because he can not spend more time with his own kids. The same source also added: “The worst part of the divorce for Brad has not been losing Angelina, but no longer seeing his kids on a daily basis. Brad is upset that he can not have a more hands-on role raising his own children and Brad especially does not like it when the kids spend too much time with bodyguards, or other assistants Angelina hires to help and that Brad never gets to meet or approve of. Brad does not like the idea of strangers spending so much time influencing his kids.”

Important Items To Remove Before Selling Your Junk Car