Brad Pitt Shared Who Helped Him Write His Amazing Speeches

Brad Pitt is on a roll recently. With his movie Once Upon a Time In Hollywood, he got numerous awards in the category Best Supporting Actor. What is also amazing are his pretty hilarious acceptance speeches.

During the red carpet on 92nd Academy Awards, Pitt shared with Variety, who helped him write his funny acceptance speeches. “I am historically really bad about speeches. They give me anxiety, I’m tentative going in, so I just decided if I’m going to be doing this, let’s see if we can have fun. Let’s figure it out and get loose about it.” The actor further shared, “I got a lot of funny friends if that’s what you’re asking. I got a lot of funny friends. Jim Jefferies, Bob Oschack, my man [David] Fincher. We trade barbs every week, few others.” 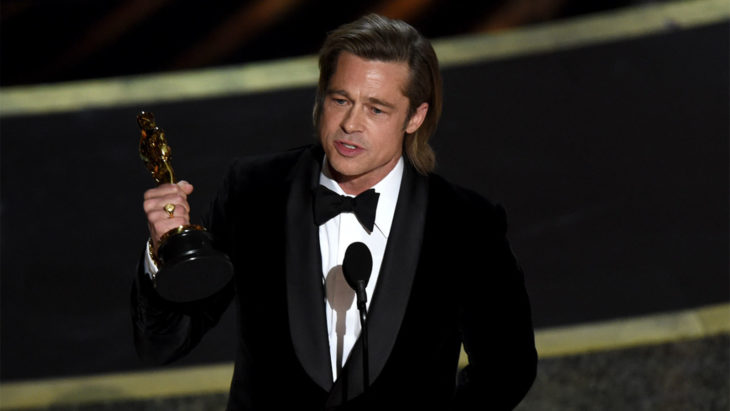 The Oscar-winning actor also had funny things to say at BAFTAs and SAG awards. In his speech for SAGA, he joked how he is going to need to add a photo of his trophy to his Tinder profile, and during BAFTAs, as he couldn’t attend the event, the actor asked his co-star Margot Robbie to give his speech.

The actress started, “He starts by saying, ‘Hi Britain, heard you just became single. Welcome to the club. Wishing you the best with the divorce settlement.’ Blah, blah, blah. He says he is going to name this ‘Harry’ because he is really excited about bringing it back to the States with him. His words, not mine.” 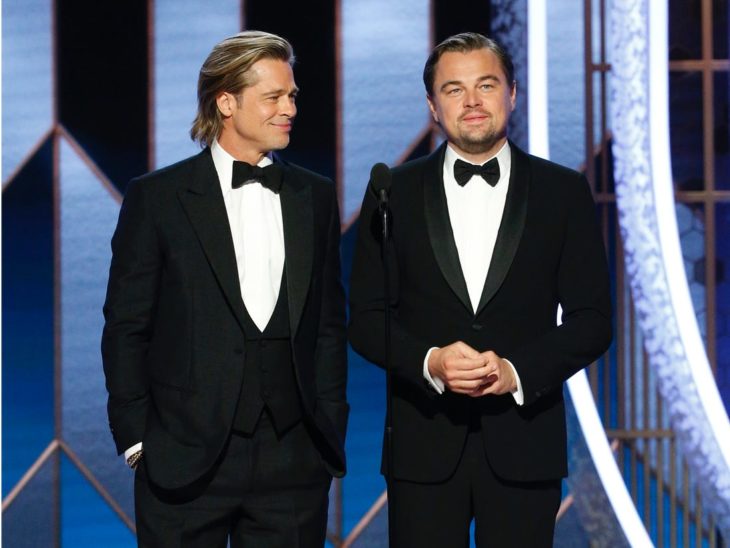 During Golden Globes, he joked about Leonardo DiCaprio, and he made a funny Titanic comment, “I would’ve shared the raft.”

The most significant speech, of course, came when he received Oscar for Best Supporting Actor for his performance in Once Upon a Time In Hollywood. Brad Pitt said in his speech, “This is incredible, really incredible. Thank you to the Academy for this honor of honors. They told me I only have 45 seconds up here, which is 45 seconds more than the Senate gave John Bolton this week. I’m thinking maybe Quentin does a movie about it. In the end, the adults do the right thing.” 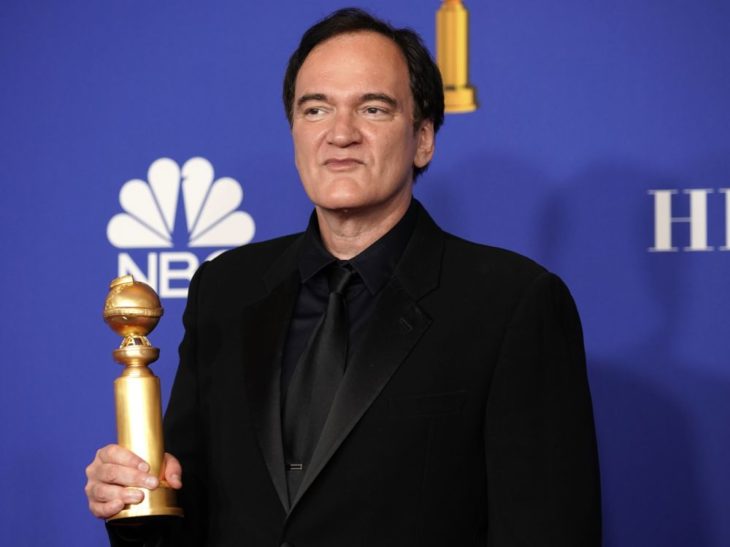 The actor further said, “This really is about Quentin Jerome Tarantino. You are original, you are one of a kind. The film industry would be a much drier place without you, and I love the ethos you gave Cliff Booth: Look for the best in people. Expect the worst, but look for the best. “Leo, I’ll ride your coattails any day, man. The view’s fantastic. And to the rest of the cast and crew, big bad Bob Richardson, Robert Garcia, Richie, my man Mike Moh. I always want to say, you know, while we’re doing all this, I think it’s time we give a little love to our stunt coordinators and our stunt crews.”

Pitt concluded, Listen, I’m a bit gobsmacked,” he continued. “I’m not one to look back, but this has made me do so. I think of my folks taking me to the drive-in to see Butch and Sundance, and loading up my car and moving out here. Geena [Davis] and Ridley [Scott] giving me my first shot. All the wonderful people I’ve met along the way to stand here now. Once upon a time in Hollywood… ain’t that the truth. This is for my kids, who color everything I do. I adore you. Thank you.”

2020 Women Trading on the Rise: What’s new in the Trading Sector?