The Hollywood actor has revealed that his fellow acting colleague Bradley Cooper has helped him on his journey to becoming sober. While attending the National Board of Review Annual Awards Gala in NYC, Pitt credited his peer as a big reason why he is sober. Bradley Cooper presented Pitt with the Best Supporting Actor Reward, for his amazing role in Quentin Tarantino’s “Once Upon A Time in Hollywood”. This was his second award of this type, following the Golden Globe.

Pitt said the following: “Bradley just put his daughter to bed and rushed over here to do this. He’s a sweetheart. I got sober because of this guy and every day has been happier ever since.”

In an interview with GQ back in 2017, Pitt talked about his decision to quit using alcohol and drugs. Back then, he was freshly split from his ex-wife Angelina Jolie. He revealed that being clean has showed him there is “still much beauty in the world and a lot of love.” He continued, “I had to step away for a minute. And truthfully I could drink a Russian under the table with his own vodka. I was a professional. I was good.”

The star of “Ad Astra” has been quite open regarding his sobriety since that time. Recently, last September, he revealed to the New York Times that he was clean and that he was attending AA meetings after he has “taken things as far as I could take.” He added, “I removed my drinking privilege.” 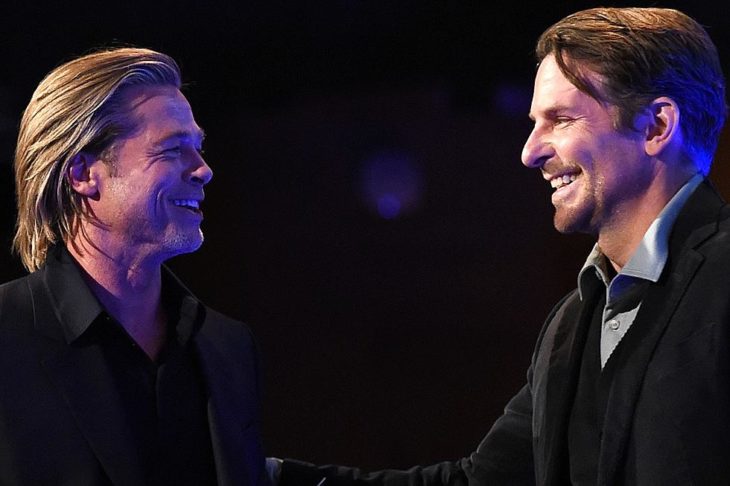 Bradley Cooper has also been sober, for more than 10 years. At 29 years of age, he gave up all alcohol and drugs, according to an interview with the Hollywood reported back in 2012. He said he “wasn’t going to live up to my potential” if he continued abusing them, so he decided to quit. “That scared the hell out of me. I thought, ‘Wow, I’m actually gonna ruin my life; I’m really gonna ruin it.’”

In Defense Of “Angry” Feminists

Are Grimes and Elon Musk Having a Baby Together?