Escorts Reveal Their Experiences With Women Vs. Men

Yes, women pay for it, too.

There are so many variants of women who work in the taboo world of money for fornication. From a women walking the streets to a high-end courtesan that makes six figures in a week., the world’s oldest profession will always be around. Of course, most of a women’s customers are men, but once in awhile, a lady of the night will get picked up by another woman.

Men frequently say that women can get laid anywhere, anytime… no matter what we look like. While men usually go to pros just to get off , many female “johns” are after something else. Yes, there are rare situations that may require us to hire the help of a professional in the bedroom. These Redditors in the industry share their experiences with other women who paid them to get down.

This is definitely required reading if you are a woman planning on going to a strip club.

I was a prostitute for two-ish years and I had three female clients over that time.

Two of the three were in relationships with men and I was hired to fill out their threesomes, the other one was a woman who hired me on multiple occasions.

The two that hired me for threesomes felt really awkward for me because I felt like I was part of some weird sex-counseling session for them, but the other girl was really nice. I could tell she really wanted to be in a relationship but just didn’t have the time. She was really sincere and seemed really happy to just have another person to be with. She was someone who worked really long hours at a hospital, from what I could tell, and I figured she just didn’t ever have a chance to go out and meet people.

Also, she was the first time I ever had sex with another woman, and I’m now openly gay. I still don’t really know what to think about that… (SchrubSchrubSchrub) 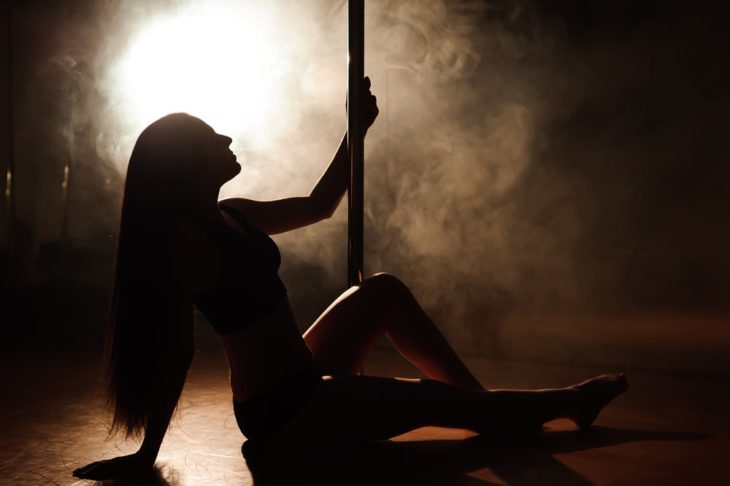 I’ll throw in. Stripper here! We get female clients sometimes, albeit rarely. A lot of the girls that come in are there with their boyfriends/husbands/male partners. They use the strippers as a safe way to introduce the idea of another girl, while not actually having sex with them.

We do get the occasional girl here that’s just coming for herself, though. I feel bad for them, because a lot of times, the male clientele try and hit on them. So usually I try and get to them as soon as they walk through the door so they don’t have to deal with the creeps I’m paid to deal with lol

Also, women that come in usually are much more impressed by the pole tricks we do. For the most part, men just like seeing girls up close and personal. While women love watching us do intricate pole dancing.

1.) The poles spin with us. They rotate. It’s useful. Some clubs have poles that don’t spin. F*** those clubs. Lol

2.) Yes pole dancing is hard. It’s a good workout. Especially when your shift is 5-7 hours, and you’re on stage at least once every half hour or so. Maybe a lil less if you’re busy.

4.) Most girls here are actually fully functional adults, that are not damaged in any way, and have healthy relationships with men. We’re just getting through school for the most part.

It’s been good answerin’ y’all’s questions! But I have work now lol. I’ll think you guys while I’m there. (Kartaerio)

During my first 4-5 years of work I refused to take female clients. Mostly because I had my “experimental phase” in high school and decided I was straight. So in my mind there was no point in seeing women because I wasn’t into it.

I recently took a break to get married and start my family which gave me some time to reflect and think. That’s when I realized that my logic in not accepting female clients was flawed because I wasn’t always into it with my male clients either. So why the hell was I turning down those bookings?

Since starting up again last year I’ve had a few female clients. My first was with a couple that wanted a threesome. The wife had organised it as a surprise wedding anniversary gift for her husband. I showed up to their place and was introduced to the husband and he totally freaked out. It took him about 20 minutes to calm down and agree. His main issue was that he didn’t want his wife to do something just for him. After some drinks and playful chatting all was well. I genuinely enjoyed the experience and taking advice from friends I gave the most attention to the wife and took my cues from her. I made sure that the husband climaxed with his wife not me. Both were very happy with the experience and they’ve had me back to visit since.

The Most Awkward and Hilarious Big Peen Horror Stories

I learnt a few things during that first visit: The wife, though absolutely stunning and articulate was insecure about her body and really enjoyed hearing from another woman how sexy she was. Almost everything I enjoy, she enjoys too. This might seem so obvious to everyone but I genuinely had no idea what it would be like.

I’ve had two bookings with “submissive” bi-sexual women since then, a few more couples and taken doubles bookings with fellow sex workers.
I adore how kind and considerate my female clients are. They’re all polite when booking and DO NOT cancel bookings. So far they’ve all smelt beautiful as well. Always freshly showered, shaved/waxed etc. It’s a treat to have someone walk in the door that has thought about their hygiene in advance. Don’t get me wrong, my male clients do this if they can (most come during their work day), but there’s just an extra level of care taken by women.

Oh and the talking. Finding out what some male clients like can be like getting blood from a stone. Female clients are always happy to tell me what they do and don’t like. It makes my job so much easier – and enjoyable.

Another commenter made the most important distinction though – safety. I have never once felt threatened or unsafe in the presence of a female client. It’s not that some of them couldn’t over power me; it’s just that I never fear that they would. That could be my own issue, but it’s true nonetheless. (-SailorMoon-)

Let us know in the comments and SHARE this story!

She Came Over and We F**Ked Like Adult Stars

Benefits of Hiring High Class Girlfriend from A...

8 Life Lessons From A 52-Year-Old Prostitute