Check Your Vibes: 10 Things I’ve Learned About Grief To Help Get You Through

A little over a year ago, my dad died very unexpectedly, something I’ve written about a lot on this site. As time has gone on, the nature of my grief has evolved (it still is), and I feel that so much has changed since that day in August since I first received a slew of advice from loved ones on how to get through. My dad and I had a complicated relationship, and all kinds of varying feelings about his life have been coming up lately — I take that to be a good thing, because it means I’m finally processing them. Sometimes (always when I least expect it) inexplicable sadness or anger or confusion about his death stops me in my tracks, and deems me useless for the next hour or so. Grief has been incredibly frustrating to me, but it’s taught me so much about myself and about the nature of life as I know it.

I am no expert on this stuff. I’m just figuring it out as I go like everyone else, and I know that what I’ve experienced with my own grief isn’t necessarily universal, but I’m hoping what I have learned so far can be helpful to the many, many more of you out there who are also coping with a loss. I know you’re out there, going through some of the same things. So, friends, here’s what I’ve learned one year out. Hope it feels like a warm hug from me to you (um, you have full permission to call the Hallmark police for the last phrase.) 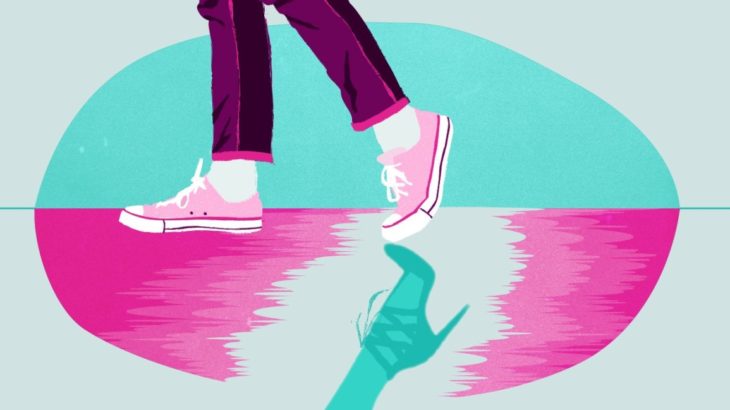 1. Grief changes things you’d never expect. It’s easy to see the big things in life that will change in a person’s absence, but it’s much harder to predict the minor details that will shift in the fallout. That friend you met through the person who died might not be your friend anymore, because who is there now to link you together? If they were the person you always called for advice on how to fix your car or how to diffuse awkward social situations or documentary recommendations, you’ll find yourself suddenly at a loss and having to rewire your habits.

2. Emotional sore spots will appear in bizarre places. Just as the changes grief brings are unpredictable, so are the things that trigger it. A random commercial, the smell of fresh-cut grass, the mannerisms of a stranger you spot in a restaurant — all kinds of seemingly bizarre things can leave you suddenly tearing up in the middle of a happy hour and desperately trying to shake it off. I can’t remember where I read this (if you can place it, let me know!) but I once heard that bereavement is like being on a commuter between the real, everyday world and your own little planet of grief. I’m paraphrasing, but when you first loose someone, you’re thick in the world of grief, but as you move forward with your life, you slip back into the real world in which everyday life has carried on as usual, only to be reminded of something and shuttled back to grief for a little while. As time goes on, your trips away from the real world become shorter, but you never quite live there fully again. It’s as if you’re always watching normal life go on behind a glass wall, because your world is so different now than what it was then. 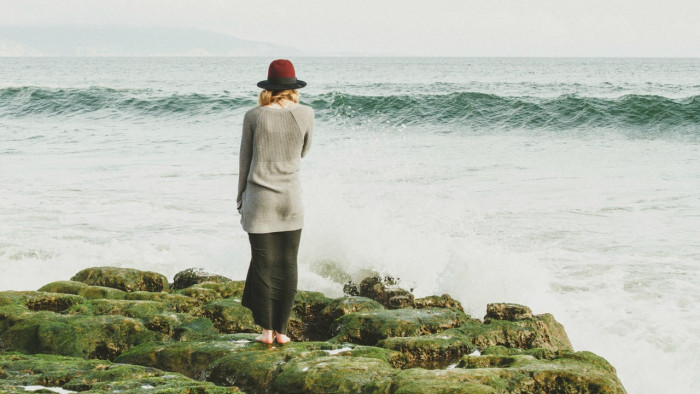 3. Things that you don’t think are about the grief are totally about the grief. Suddenly find yourself totally irritated about a behavior you never used to care about? Angry at people for no reason? Terrified of some totally random thing you weren’t scared of before? Even if it seems to have absolutely nothing to do with your loss, I’d bet that’s exactly what caused it. Losing a person can wake up or trigger a lot of our deepest subconscious hangups from when we were kids, and deep down, we can make associations about them that seem nonsensical on the surface. If your temperament changes soon after the loss, it’s hard to imagine it’s not somehow related to it.

4. The first year might not be the hardest. Many people shared with me that the first year after losing a loved one was the toughest for them, but I’m not so sure that’s the case for me. Things feel harder as time goes on rather than easier, and while I think that will ultimately stop being the case, the first year was mostly shaped by denial for me, and the sinking in of reality that’s begun over time has been harder.

5. The stages of grief are not linear. Some people jump from anger to sadness and back again, or skip a stage altogether. These things don’t necessarily happen in order.

6. Beating yourself up doesn’t help. No matter how much you’d like to just pretend the grief isn’t happening, it’s a reality in your life that is going to take up time and energy. It’s not your fault that loss has happened to you, and it’s not your fault that you occasionally need some time to deal with it or occasionally wake up in a strange, inconsolable mood. Life has to keep moving forward, and participating in your routine is good for both you and the people who depend on you, but resisting the fact that you’re in a vulnerable place right now only makes the struggle greater. 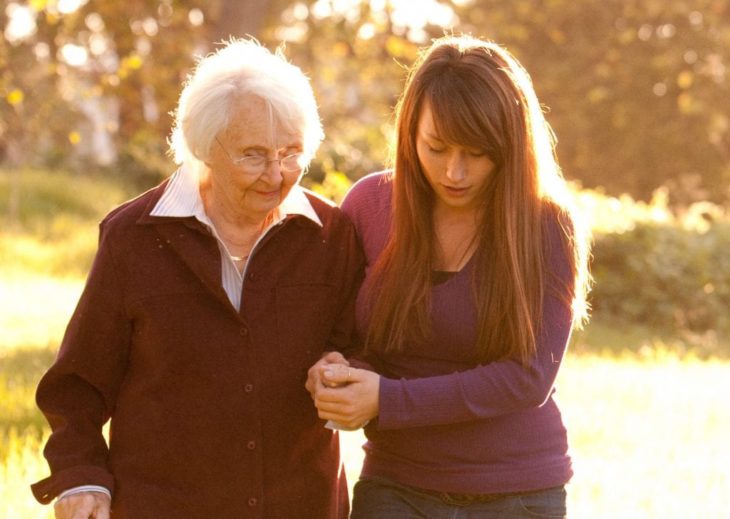 7. People care, they just don’t know how to help. Well, some people do know how to help, and they are amazing. But after a loss, it’s easy to feel alienated, especially if you’re in a stage of life where such a thing isn’t very common. People don’t know how to react or are so afraid of saying the wrong thing, so they’ll say nothing at all — or worse, something comically insensitive. If it’s any consolation, I’m convinced that 99 percent of the time, they really do mean well.

8. You may find yourself suddenly hyperaware of mortality. I mean, who could blame you? We liked to ignore death and push it to the side, but when you’re forced to come face to face with it even once, it’s hard not to think about. It may even be hard to understand how everyone isn’t thinking about it every minute of every day, actually, because it’s such a major fact of our existence. You may suddenly be terrified for the health of other people you love. You may be afraid you’ll die at any second, and rearrange your life to reflect that fact. Awareness of death can be good to an extent, because it ensures we’re living in a way that reflects our values and our priorities, but it can just as easily be terribly destructive and force you to live in fear. Just know that this feeling will (probably?) fade over time.

9. No one can go through it for you. The people who care about you are there to love and help you through, and the people who are just as bereaved as you are there to grieve alongside you, but unfortunately, nobody can go through the grief in your place. It’s a process everyone experiences on their own timeline, and no matter how nice it would be to pass that sadness onto someone else to carry for you, it’s not possible. The only way out is through, and you’ve got to face the sadness to move forward.

10. Ask for help. You’re okay right now, at least in the literal sense. You’re breathing. While the person you loved is gone, you’re still alive, and that means it’s time for living. That means getting whatever help and support you can find to claw your way back to some semblance of normalcy. Things may never be the same again, but they can eventually be okay. Great, even. People want to help, so don’t be scared to ask for it, and be specific about what they can do to make things better. Get a good therapist or support group if you can find one. Remember that you’re not alone. Thousands of others are going through the same thing, and even if you’ve never met them, they understand you. They know what it’s like.

Make It Stop: “Did My OKCupid Date Stick Me In The Friendzone?”

The Best Cities For Singles?