China’s Getting Into the Love Hotel Business, Which Means Attitudes About Sex Are Changing

China is finally coming out of the darkness of sexual repression, basking in the glow of lost virginity and doing whatever else it is you do when, as a society, you become more open, sexually, that is. In all honesty though, China has been becoming freer ever since the blessed death of the sexually-conservative Chairman Mao in the 1970s.

The quickly adapting acceptance of sexual expression and freedom has manifested in China’s love hotels, a similar but less kinky version of their Japanese counterparts. After the extremely successful opening of China’s first love hotel in 2008, there have been hundreds springing up. I mean really, who doesn’t want to have sex in a room lavishly decorated like Shakespeare’s A Midsummer Night’s Dream?

While as recently 1989 only 15% of Chinese citizens were reported as having sex before marriage (let’s not even get into the issue of proving that statistic), current polls say as many as 70% engage in premarital sex. That probably means  90% because you know some people are lying. So, it only makes sense that the market is there for the influx of both romance-oriented and sexually explorative love hotels.

“I think we should listen to the voices in our hearts and go with the flow, including when it comes to the pursuit of sex. That is human nature,” said Sun Yanping, a businesswoman who has successfully opened five love hotels, and hopes to expand her empire to 100 or 200. 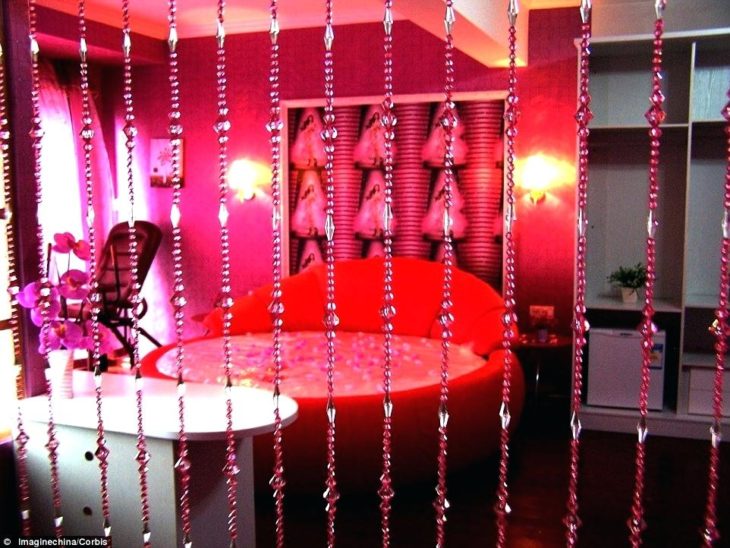 With themed rooms running the gamut from Swiss Chalet to Cave to Aquarium, China’s love hotels have already appropriately flexed in the creativity department.

Hell, if you really want to amp up your sexual athleticism you can get a room that includes a sex chair and exercise ball and make your stay into a truly passionate bootcamp experience.

Honestly, it sounds like once the doors of sexual freedom were opened people in China were like “THANK FUCKING GOD, WE’VE BEEN WAITING,” and they proceeded to spin a boatload of brilliant and bizarre ideas into successful businesses. Now I’ve just gotta find a grant so I can fly over there and stay at a hotel that has waterslides AND romantic multi-lingual poems. Because really, who’s not into that?!

The Advantages of Minibuses for Team and Business Travel

Girl Talk: I’m A Pregnant Women In A World Without Chivalry

5 Benefits of Buying a Mattress Made in...