It should be about the excitement surrounding the sun, sea, and sand.

Unfortunately, we’re about to pull you away from such topics temporarily and hone in one of the so-called boring ones. No, it’s not arranging airport transfers or travel insurance, it’s instead about being on your toes in relation to cybersecurity.

This is a term that is often associated with big companies and for very good reason. After all, there have been countless cases of them succumbing to huge attacks, that have resulted in hefty fines along the way.

For the domestic user, the threats don’t go away. In fact, when it comes to vacation time, they are perhaps amplified. Through today’s post, we’ll show how this happens and what you can do to safeguard yourself, your family and all of your devices from cybercriminals.

1. Beware of your passwords 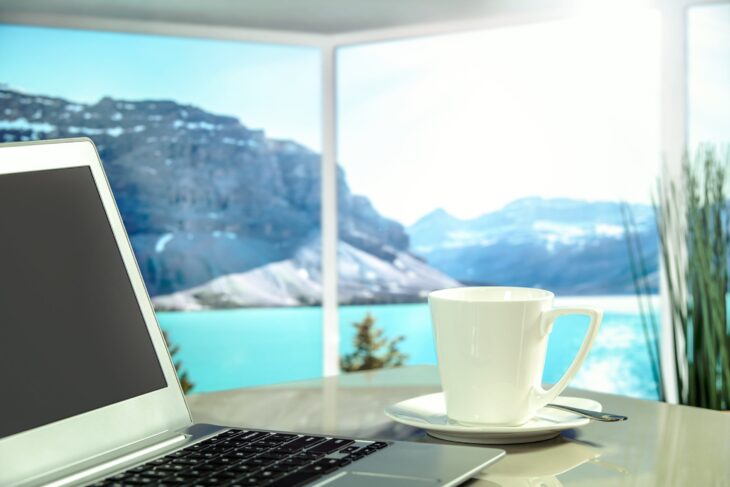 It doesn’t matter if you’re walking around the Costa del Sol or on the standard commuter train, the same rules about passwords apply.

As much as there is a heavy emphasis on all of the crafty, technical ways in which hackers can steal passwords, one of the easiest ones is actually physical. On a lot of occasions, they’ll simply peer over your shoulder, and the rest is history. Whether it is passwords or banking details, anything goes and the repercussions can be significant.

As you typically have your phone more on show during a vacation, whether it’s looking for a hotel or the news back home, the risks intensify. One way to combat them is to choose an almightily difficult password, but another is to use something like NordPass which can protect your passwords and mean that they don’t come on the show.

2. Try to resist the “charms” of public wi-fi 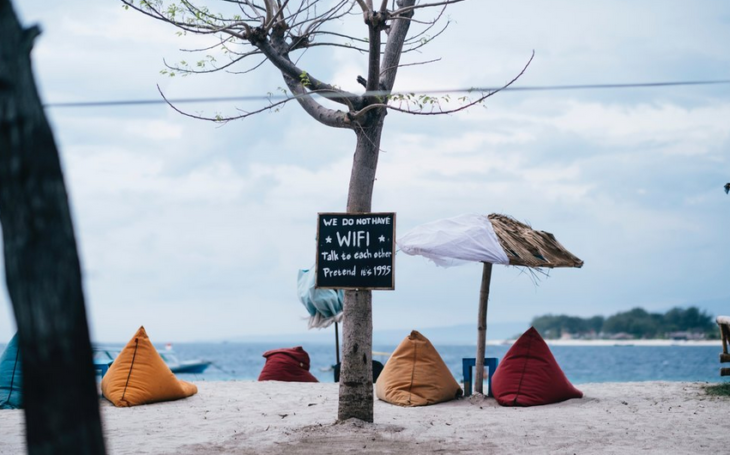 We get it. You’re away from home and in some cases, roaming charges cost a small fortune. Public wi-fi is the only solution.

Unfortunately, it can be a risky solution. Quite often, these networks are effectively unprotected, and data can be intercepted easily.

If you’re just using your phone for basic browsing reasons it’s not the end of the world, but for any usage involving sensitive data, we would suggest that you exercise a lot more caution and simply wait until you are on a network that has at least some degree of security.

3. Be wary of public USB chargers 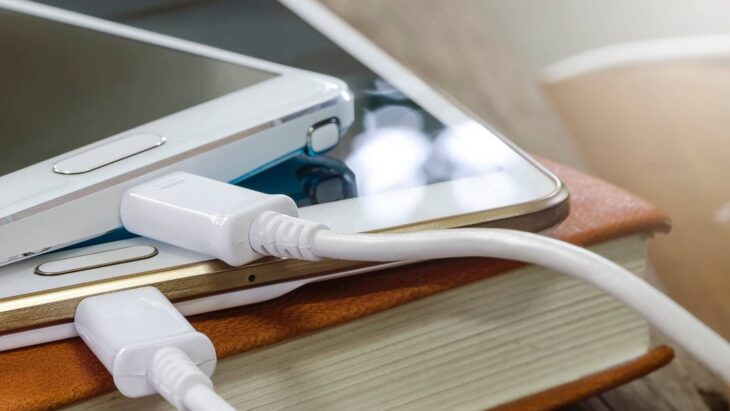 In a similar vein to above, you should be wary of any public chargers – particularly if they use USBs.

Something that is becoming increasingly common is “juice jacking”, which provides criminals with access to a phone when it is plugged into a hacked USB cable.

Again, this could quite easily happen at home but it should go without saying that in tourist locations, criminals have the perfect audience.

4. Don’t keep any sensitive data on your phone 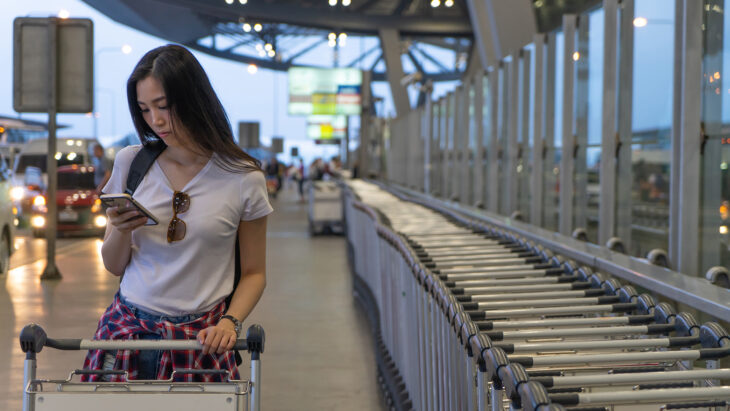 Something else that is more common in tourist destinations is pickpocketing. While your phone could quite easily be stolen from your back pocket at home if you are visiting somewhere which frequently receives tourists the chances can be higher.

If your phone does go missing, you need to make sure there is nothing on there that will personally identify you. Identity fraud is a big deal in some regions, so this should be taken into account as well as all of the standard credit card and PIN numbers that some people tend to store in the notes section of their device!

So far, a lot of today’s article has honed in on all of the threats that follow you to your destination of choice. In other words, using a dodgy USB charger, or logging onto a Wi-Fi network that criminals are monitoring and taking advantage of.

This next point follows a somewhat different path. It instead looks at how thieves at home are following you’re every, online move.

For example, what about all of those Instagram photos you have posted? Quite often, it doesn’t take a genius to join the dots, realize that you are away from home, and ultimately take advantage of the empty house.

For those of you who keep your social media profiles private, there is an added layer of security. However, even if you do think that you are only allowing your friends to see your whereabouts, it pays to be vigilant and perhaps think twice before you share any photos of your whereabouts. 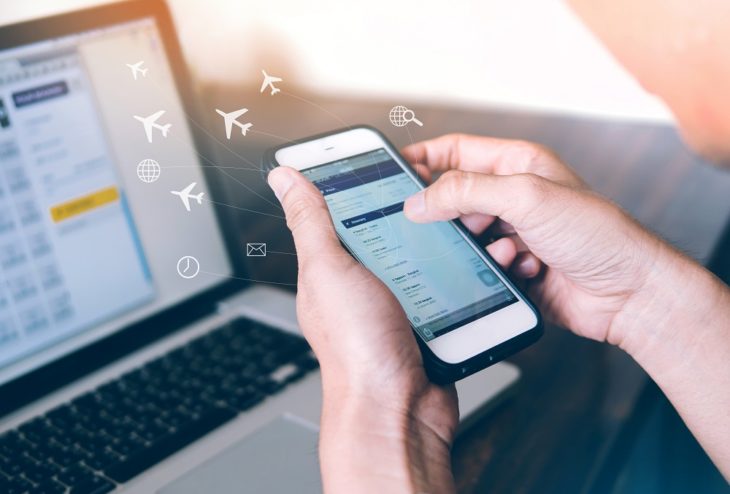 In truth, this next point could have been merged with the previous one. However, it’s crucially important – and almost always forgotten.

Location services are one of the most useful features of a phone in some regards but can prove to be your downfall in others. Every time you take a photo, most phones will attribute your location to it. Again, if you start sharing to social networks, a whole host of problems can ensue.

As such, unless you are actively using the GPS functionality, turn off location services. It will again reduce the risks of becoming unstuck by a petty criminal.

6. A classic, but forgotten tip – lock your devices 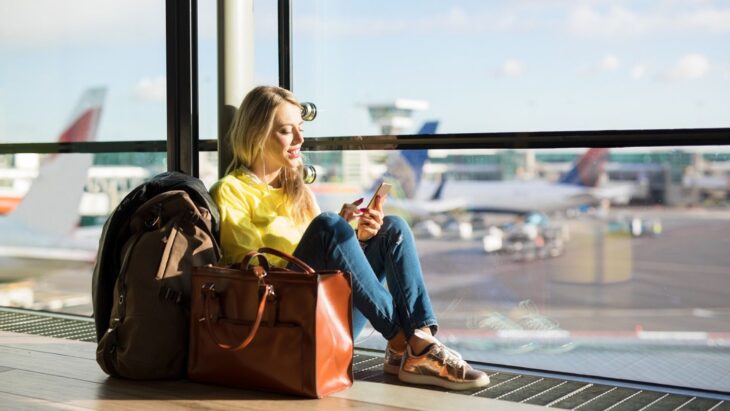 This final tip takes a look at one of the most obvious courses of action you can take – simply locking your device.

It sounds simple, but a surprising number of people just don’t do this.

The threats are not as obvious as one might imagine, either. Sure, if you get your phone stolen, a device that is locked is all-but-impossible to break for the thief in question. In other words, on most occasions at least, your data is safe.

However, the risks can stretch further beyond the stereotypical criminals and you can be your own worst enemy. For example, a slip of a button in your pocket, and your phone could be dialing a whole host of numbers from your country of choice. The result? An almightily high bill for roaming costs – and your vacation is ruined by a cause that nobody would have expected.

4 Top Rated Road Tripping Attractions You Must See in Arizona

Can The Australian Shepherd Be A Service Dog?...