Dealbreaker: He Kept Poking Me With His Boner

I once had a boyfriend who woke me up nearly every morning with his boner.

He poked it into my back, then at my butt, again and again, again and again. At first, he did it half-jokingly, with a troublemaking grin and absurd thrusting motions. I swatted at him, told him to stop, squirmed away. He kept at it. The next day, when he didn’t get the hint, I rolled my eyes and let out several long Ughs. “Nice try, not happening,” I said.

He only got more frustrated. “Gawd, why do you have to be so boring!” He told me. “What’s wrong with you?”

This ritual began toward the end of our relationship, both of us fed up with what the other wasn’t and probably never could be. It was a symptom of not only his sexual frustrations and our diminished sex life, but of our serious communication problems — problems we both played a role in and would eventually give up trying to overcome. 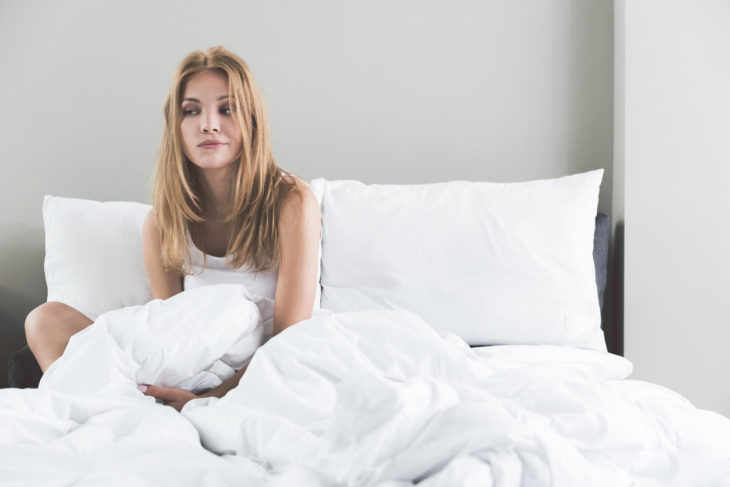 But it was only recently that I realized why I was so resentful, and it has everything to do with how he decided to express his frustrations: “Here is my penis that is hard every morning regardless of you –– do something about it.” And when I did decide to do something about it, I did it not for him or for our relationship, but for his ego and out of fear that he was right, something was wrong with me and it was my problem to fix it. That ol’ chestnut of Men need to feel like Men, or else they will go someplace else. And when I didn’t do something about it? I had adapted the time-honored coping mechanism of the oppressed: pretend it’s not happening.

Do I think my ex was an overt, card-carrying misogynist? Was I ever afraid that he would get more forceful with me? No, he was a young goofy jock of a dude who was used to girls who bent over backwards for him. But somewhere along the way he was taught, and it was reinforced, that he can be assertive when it comes to having his needs met –- whether those needs were in the bedroom, or on the job, or in the kitchen when he shouted “I’m starrrrving” at the bare stove at sundown. Which was all fine and dandy, actually, because I was raised to be pro-active in getting what I want, too. The difference is, however, he also learned that when all else fails, he can then use his body, his stature and, in this case, his beacon of sexuality to intimidate. His method of getting my attention was the most literal metaphor in the book: poke your dick at a woman if you want something done.

I believe that as harmless as men think their sexual advances and actions are toward women — wedging themselves between a lady and her friends in a “heeey there” at a bar, for instance — they don’t understand how much of their larger, intimidating bodies we women have put up with our whole lives. We are simultaneously numb, blind and deeply sensitive to this shit: like the way men tromp down a sidewalk or a corridor, and the way women innately know to turn their shoulders and contort their torsos to get around them. Like how loud, imposing guys posture on streets and on campuses and how women re-navigate their route to take the long route and avoid their unwanted head-to-toe once-overs and “Where you going, mama?”’s. Like the truth that many women have felt that they couldn’t change their minds about having sex with a guy they were hooking up with, because the man was right there, looking at her, or on top of her and he expected it. 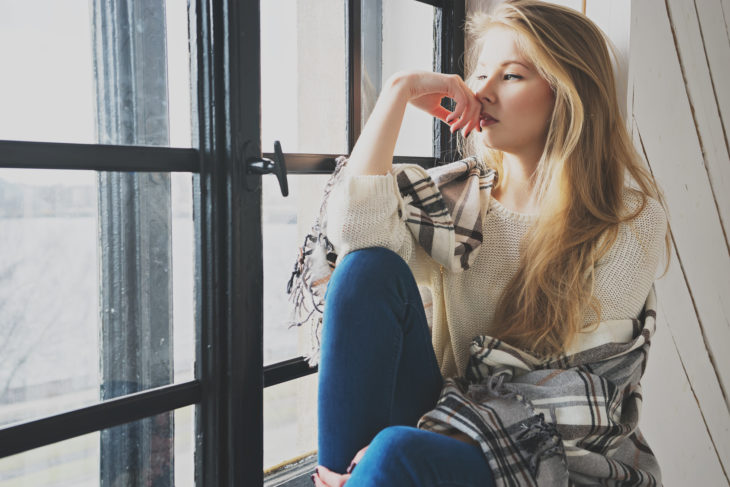 In Cheryl Strayed’s New York Times-bestselling memoir Wild, in which the author — young, fearless, emotionally broken and nothing to lose‚ sets out to backpack the 2,600 miles along the Pacific Crest Trail alone, there is this scene that still sticks with me. At the end of her months-long journey, she comes across two inebriated hunters. Strayed helps them pump and filter their water and hopes they walk away from where she is camping, but they don’t. One of them looks her up and down and asks her why she is out there by herself. Then he turns to the other and asks, “She’s got a good figure, doesn’t she? Healthy with some soft curves. Just the kind I like.” She eventually tricks them into thinking she’s leaving but doesn’t. And then they come back. It is the first time in all those months on the trail that she realizes she might not be able to overcome something: two predatory men against her one muscular but small person. Strayed wrote:

“I realized that no matter how tough or strong or brave I’d been, how comfortable I’d come to be with being alone, I’d also been lucky, and that if my luck ran out now, it would be as if nothing before it had ever existed, that this one evening would annihilate all those brave days.”

The men eventually walked away. But that passage was such a harrowing realization for me as well: women can be bold, independent, feminist, badass mountain climbers, but most times men are still able to physically dominate us. And they can use that domination to evoke fear, whether that fear is of violence, abandonment, infidelity or simply breaking our spirit and annoying the shit out of us. And like my ex, I don’t even think dudes realize they’re doing it half the time.

But they should. And short of the entire female population becoming black belts in tae kwon do, maybe we can remind them by not moving out of the way on the sidewalk, by straight-up telling guys in bars that we’re not interested, instead of giving them some lousy excuse. We can tell the dude lying next to us to stop poking his boner in our back and take the initiative to instigate a conversation about what really going on instead. And if he can’t handle that, then he can go feel like a man somewhere else.

How To Compliment A Man’s Wang