I am a woman 33 years of age who practices safe sex. But it wasn’t always that way. As a woman of 19, 20 and 21, I was in no uncertain terms an idiot where safe sex was concerned. Sometimes I forced a guy to wear a condom, sometimes I didn’t.

But that all changed when I hit 22. For it was at this stage that I that I met a man in a bar, went home with him, had sex with him. And not just any man. This man was drummed up in a dive bar. He was covered in tattoos, and I’m quite sure his continued trips to the bathroom were cocaine-related. When we got back to his place I quickly discovered that he owned a pet iguana, a leathery little thing named Juan who he allowed to roam free around his East Village bedroom. I had condom-less sex with this gentleman, and spent the whole of the next day convinced his myriad STIs were coursing through my system.

Now: I know you can’t judge a book by its cover. I know that just because a man is covered in tattoos and owns a pet iguana and has a whiff of the cocaine addict about him, that doesn’t mean that he’s got chlamydia. BUT …

The point is I never did get an STI, but I did get the bejesus scared out of me, and from that point on, I made sure, no matter what, I always used a condom. I inched through the rest of my 20′s doing just exactly that, practicing safe sex happily, not at all begrudgingly. That all changed, though, the day that I met Ben. 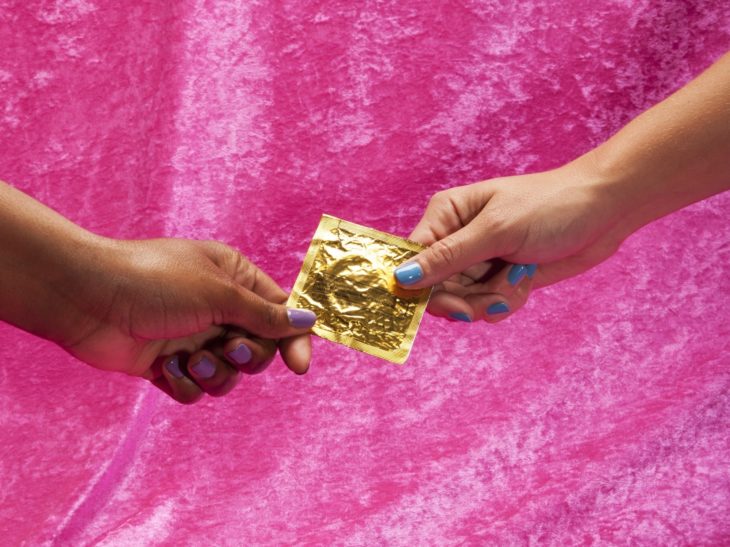 I was four months into an unsuccessful stretch of online dating. I’d met an aspiring poet who showed up wearing silk pajamas. I’d met a little person who failed to disclose his stature. I’d met another guy who’d referenced his career in “anthropology,” but then it turned out he’d meant his career at “Anthropologie,” the clothing store. It was amidst these various tries and fails that I received an email from a man who’s online dating handle was “Get_Awesome,” a 27-year-old photographer from Brooklyn. The name “Get_Awesome” didn’t bode well as I thought it evoked someone pining away for his college days. I imagined him at any number of frat parties screaming, “GET DRUNK! GET LAID! GET AWESOME!” before attaching himself to a beer bong. The invented scenario didn’t thrill me, but what did were the facts that Get_Awesome had sent an intentionally funny email and that his profile photo revealed the biggest hands I’d ever seen.

“Hey, Sara B. A couple things. 1) I appreciate any woman who owns up to having memorized the first and last names of a the members of ‘N Sync (In my “About Me” I’d admitted this talent) and 2) If you agree to get a beer with me, I promise not to play the air guitar (In my “About You” I’d written: “You do not play air instruments of any kind”) although I promise nothing about the air French horn if I’d had a French martini … which is a girl drink I realize, but I still love them. – Ben.”

Ben seemed like the kind of guy I could really get along with, so I forwarded his email along to a friend for a second opinion. She wrote back, “SET THE DATE! HE’S GOT THE BIGGEST HANDS I’VE EVER SEEN!”

In person, Ben’s hands did look enormous. I stared at them incessantly as we chatted about his taste for sweet cocktails, and why “God Must Have Spent a Little More Time on You,” is my favorite N’Sync song. Three hours and seven beers later we’d both loosened up enough to grope good night. We stood on a street corner and enjoyed the balmy autumn evening, the whole thing feeling terribly romantic until a homeless man yelled, “YOU GOTTA TAP THAT WHILE SHE’S DRUNK!” 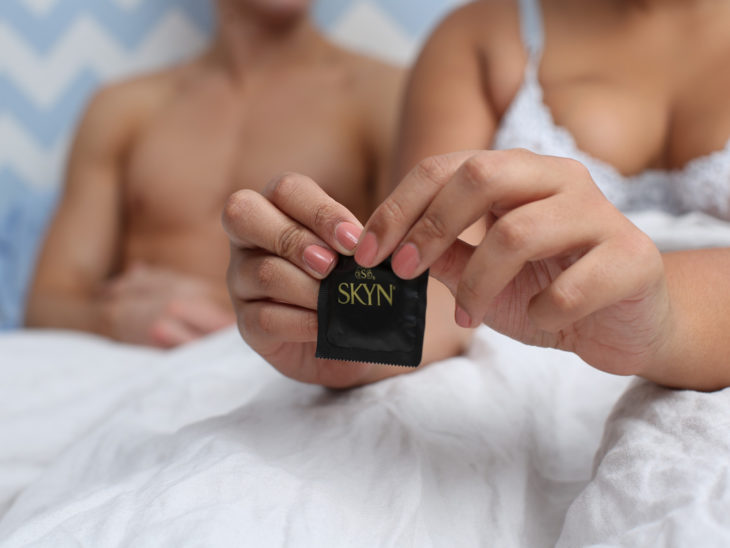 Ben refrained, however, and I remained untapped that night. Not only did I remain untapped that night, I remained untapped over the course of the two-month relationship we carried on afterward. After our first few dates, I learned that Ben was that rare breed of gent who liked to take things slow. Fine. So we did a lot of talking. We talked about  Ben’s Xanax addiction, his germophobia, his weekly visits to the New York Clinic for Obsessive-Compulsive Disorders. It wasn’t until our seventh date that he admitted, “I won’t have sex with a woman unless I’ve put on three condoms.”

“Three?” I asked. “Really? Can you feel anything that way?”

“Not really,” he confirmed. “But have you ever heard of ‘stuffing’?”

Years ago, I was listening some radio sex show when a woman called wanting to know what to do with her husband, who couldn’t get an erection anymore. As a solution, the radio host suggested “stuffing.” “The man stuffs his flaccid penis into the woman’s vagina,” the talk-show host explained, “and leaves it there. And while this might not bring the woman to her climax, the action can generate sensual feelings of arousal.”

So I told Ben I had heard of stuffing. “And while I love it in a turkey,” I went on, “I love it less between my legs.” 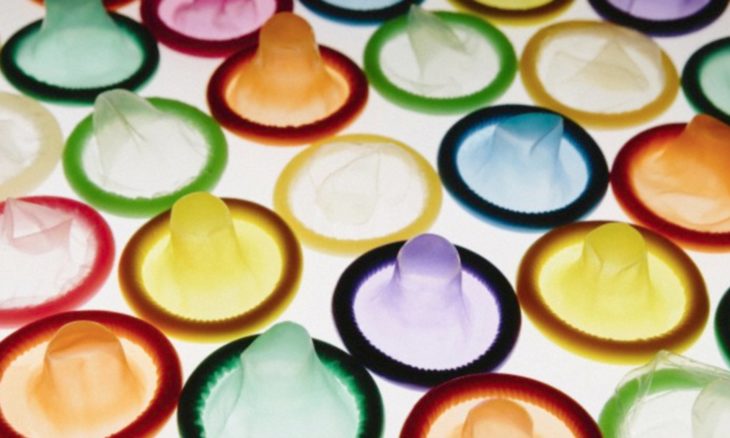 Well that was that. Game over. Done. You get to talking flaccidity with a man under 30 and exhibit anything less than a worshipful show of support once he’s come clean – “That’s fine! Totally fine! It happens to everyone! I don’t mind wearing three condoms!” – he’ll dump you faster than a spicy curry dinner.

My feelings were hurt once I got dumped. I can readily admit that. But the blow to the ego was softened by the knowledge of what our future would have been: Hundreds – nay, thousands! – of dollars spent on condoms, hours lost to the delicate process of layering one atop another. And stuffing … stuffing galore. There can be too much of a good thing, after all. And three condoms, in my humble opinion, is two condoms too many.

Everything you need to know about buying special-effects contact lenses

Girl Talk: Why I’m An Out And Proud Bisexual