“David” and I have been together two years and we’ve been close friends longer than that. I have grown to love and care about him very much. We’ve even talked about marriage, but we’re waiting until we’re a bit older to make an official decision. Right now, my biggest concern is David’s family. See, David’s parents are divorced and have both remarried. I absolutely adore his fathers side, who are fun and loving and accepting of David. However, he’s only over there every other weekend because of the divorce. Otherwise, he lives with his mother who doesn’t treat him with respect that a son deserves.

For example, she treats him a lot like a chauffeur and babysitter. She also expects way too much from him, and when he doesn’t meet those expectations — like, when he was forced to drop out of college because of bad grades or got rejected from another school he applied for — she takes away his phone and car keys she lends him since he can’t afford his own car. She refuses to let him see me. She acts like he’s still a child. I understand the whole ‘While under my roof’ rule. But this is excessive. It’s like she’s purposefully preventing him from getting ahead in life.

I am really trying to like his mother, but I just don’t respect her at all. And it hurts me to not be able to do anything about it. I love him too much to see him miserable whenever he’s around her. He’s told me many times how much he just wants to leave. Should I confront her? Should I just keep telling David that it’ll get better? Should I stay out of it? Stay neutral? I will always support him, of course. I’m just tired of feeling torn… — Lovesick and Lost 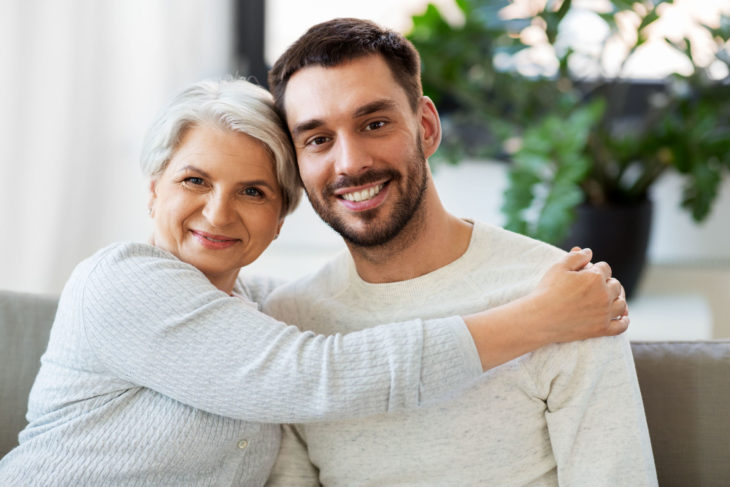 As I was reading this, I felt certain the two of you were high school students, or even younger. Then I read the part where you mention David getting kicked out of college, and I was really confused. If David is college-aged and so miserable living with his mother, why doesn’t he move out? I’m assuming he’s not in school since he got kicked out of his first college and hasn’t been accepted elsewhere, so he should be working and earning money to pay rent for his own place and his own car. And if he truly can’t afford his own place, why doesn’t he see if he can stay with his father if he’s so great?? Why is he only seeing his dad every other weekend? If he’s older than 18, he can do whatever he wants!

I have so many questions about this odd situation that I’m not sure I know how to answer yours. But I’ll try. No, you should not confront David’s mother about how she treats her son! Even if it were your place to butt in — which it’s not — what would be the basis of your complaint? That she allows her grown son to stay in her home (I’m assuming rent-free) and drive her car? That she provides room and board for him when he doesn’t seem willing or able to provide it for himself?

And, no, you should not tell David it’s going to get better, unless you preface it first with, “Hey, if you get your act together, …” And for the record, getting his act together is his responsibility — not his mother’s. If he’s not reaching his potential, he has only himself to blame. If he doesn’t like his mother’s rules and feels they’re “preventing him from getting ahead in life,” he doesn’t have to stay where he is and keep dealing with them. I mean, I don’t know about you, but if I’ve got a pair of tight jeans that don’t fit, I don’t keep putting them on day after day, getting pissed at the company that made them because they continue causing me discomfort. I go out and find a pair that fit better. Now, if you really want to be a good girlfriend, I’d tell David it’s time to go shopping.

Will 2022 Really Be A Better Year For Prince Harry And Meghan Markle?