Digital Nomads: Why Are They Increasing in the United States?

If you’re not familiar with the phrase “digital nomad,” don’t feel alone. The term hasn’t been around all that long, although the general idea has been around for some time. Essentially a digital nomad is someone who earns a living without the need to remain anchored to one physical location. They are free to work from home, at a library, a hotel, or any other site where Internet access is available.

According to the lifestyle, travel, and hospitality platform Selina, in the United States, this approach to work continues to become more common. Once some people find out how to become a digital nomad, they start working toward creating this type of working strategy for themselves.

One question that you may have is why this type of approach continues to increase. The reasons vary, from earning a living after being displaced to choosing to live the life of an entrepreneur. Here are some basics that you should know about the increase in digital nomads in the United States, including what many projects will happen in the next decade. 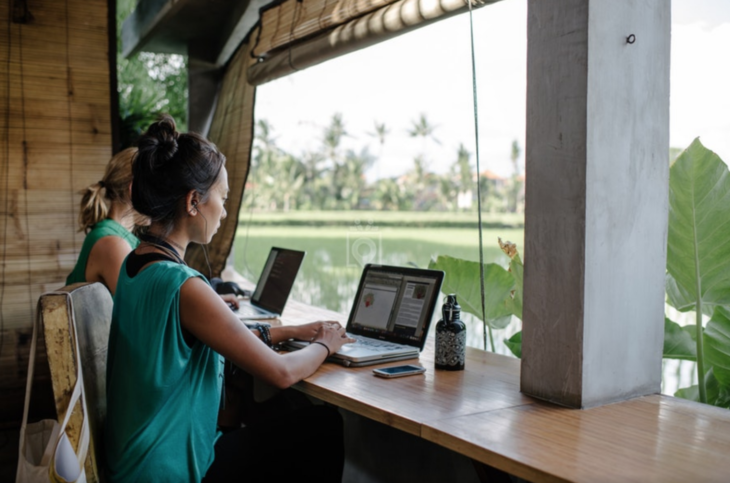 Some Basic Statistics Since the New Millennium

According to data released by the US Census Bureau, the 21st century began with around 3.3% of the workforce earning a living without having to gather under the roof of an employer. By 2015, that figure had increased to 5%. The figure continued to climb modestly in 2017 when the figure reached 5.2% of the workforce. 2018 saw a consistent increase over the previous year. 2019 began with over 8 million adults choosing to work in what’s sometimes called a non-traditional setting.

While a portion of this figure includes people who continue to work for employers remotely, it also includes independent contractors or those who rely on a mix of employment and contracting work to earn a living. Thanks to the widespread availability of high-speed Internet access and the affordability of laptops and tablets, it makes sense for some employers to allow their employees to telecommute.

Apart from the obvious savings that employers reap by needing less physical space to function, and the convenience of working from home, what’s driving the steady move to digital nomadism in the United States? Here are some possibilities to consider. 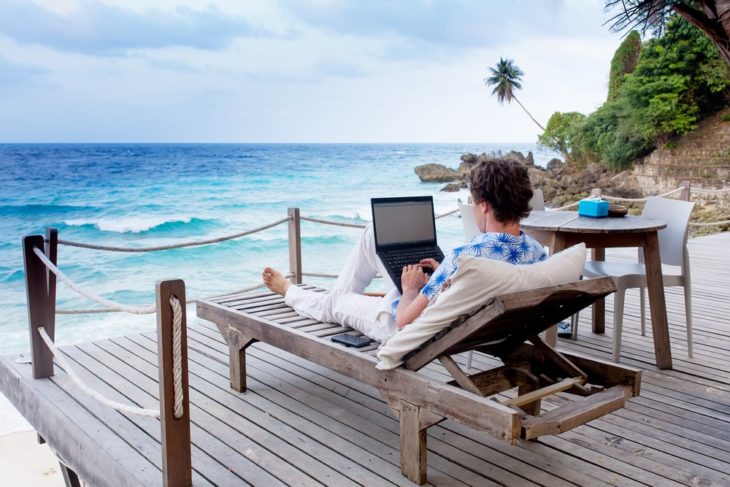 Starting a New Career Without Having to Move

The Recession that began in late 2007 and early 2008 led to some serious problems for a number of employers. No one was buying what they had for sale, and that led to significant amounts of layoffs. In some cases, plants and other types of businesses closed up altogether. The result was people who wanted desperately to work found themselves with no employer close by that needed them.

While this phenomenon occurred throughout the country, the impact on smaller towns and rural areas was particularly significant. In areas that relied on one or two major employers, a number of people were scrambling for what few jobs remained. Some found it necessary to pack up and move to more populous areas in hopes of finding work similar to what they’d done for years.

Others took a different approach. They began to rethink the application of their job skills and relate them to work that could be found online. Some even took their experiences with certain hobbies or part-time work they’d done in the past and used it to make connections in the virtual job market.

Those who successfully established themselves as part of a remote workforce did not need to leave the communities where they had lived most of their lives. Instead, they kept their homes, shopped at the same stores, and continued to live much as they had in the past. The only difference was that they no longer had to leave the house for work unless they wanted to do so. 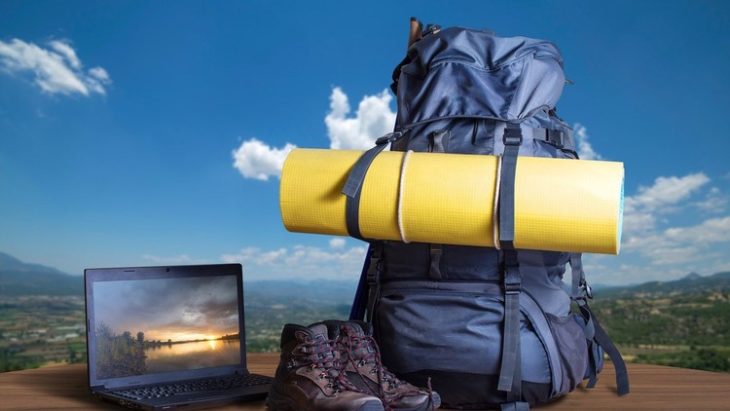 Earning a Living While Living With Anxiety and Other Emotional Illnesses

Since 2000, the number of US citizens and residents living with some form of emotional illness has increased. Data supplied by the Anxiety and Depression Association of America indicates a trend of year to year increases that shows no sign of slowing down. As of 2017, Generalized Anxiety Disorder affects over 6.8 million adults. Social Anxiety Disorder impacts another 15 million adults. Major depressive disorders affect the lives of 16.1 million adults currently.

Imagine dealing with an emotional illness that makes it impossible to function in a traditional workplace. Even with medication, getting through the day is almost impossible. Many of those same people would find it much easier to work in what their minds perceive as a safe place. That maybe home, the local park, the library, or any other setting that helps them feel a little closer to normal.

It’s not unusual to talk with an independent contractor and find the person has some emotional illness. For them, working in a traditional setting is difficult at best. Even as they seek healing, being digital nomads allows them to earn a living and feel in control of at least one part of their lives. 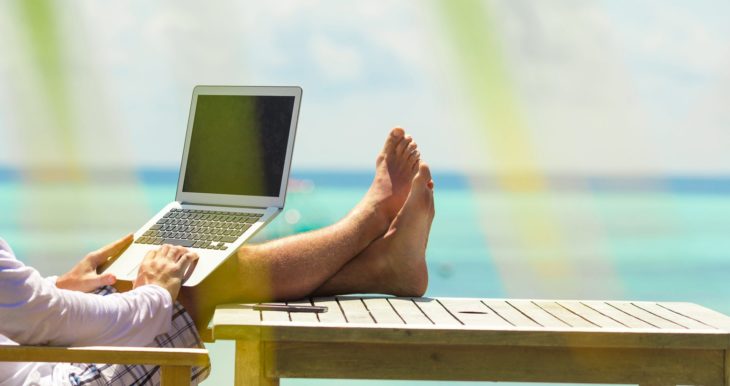 People who lost jobs during the Recession had often worked for the same employer for years. Before being let go, they perceived economic security as working for an employer who could provide a steady income, insurance benefits, vacation time, and even perks like pensions and other retirement plans. The sense of security evaporated for many who could no longer find a single employer to supply them with a steady income.

Opting to become a digital nomad, many found it possible to diversify and build a client base rather than relying on a single source of income again. Some took their expertise and became remote consultants. Others found online work that allowed them to use their administrative, accounting, and other skills to take on assignments from multiple companies. Even if one client fell by the wayside, it was possible to keep going and replace them with a new one. 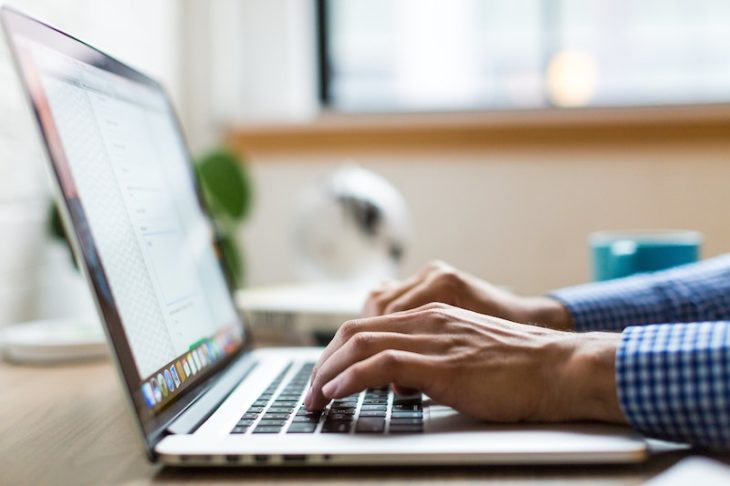 Even with the Recession over, there is some degree of uncertainty about the future. This has led some people to adopt a minimalist lifestyle that allows them to move about with relative ease. One phenomenon illustrating this is the tiny house movement that began to gain steam circa 2012.

Tiny houses are usually dwellings that include around 400 square feet. They are often mounted on wheels, making it easy to move to a new locale without having to find a new place to live. While tiny houses only account for around 1% of residential dwellings as of 2018, they are continuing to grow in popularity. Much of the reason is the relatively low maintenance and upkeep expenses.

Someone who works online and owns a tiny house can easily move about if desired. That makes it all the easier to spend the winter in warmer parts of the country, then return to the cooler areas during the summer months. No matter where you are at the time, you can connect to the Internet and work. 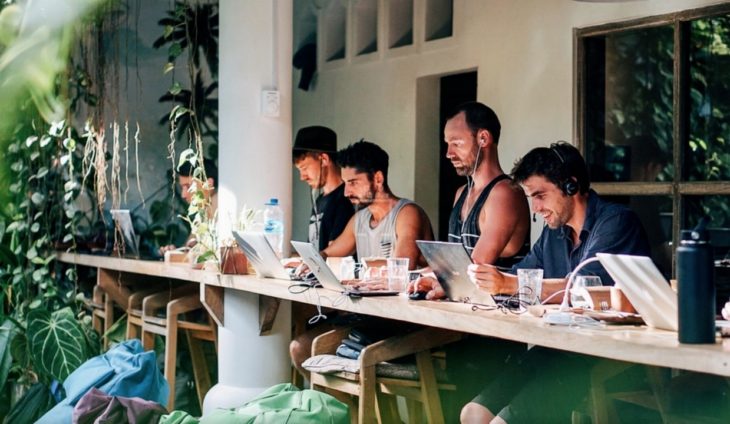 What the Future Holds

While there are several opinions, many projections indicate that the digital nomad model will continue to increase in popularity. Technology continues to advance, and will likely make it much easier to manage tasks that are still done in traditional job settings. The desire for independence in terms of where to live, when to travel, and how to earn a living will continue to spur interest in the nomad lifestyle.

Are you intrigued by the idea of working where you want and how you want? Learn more about digital nomadism and see if it’s right for you. A decade from now, you could be in the midst of the most rewarding period of your working life.

Why Jacksonville, FL is a Digital Nomad’s Dreamland...