Donald Trump Used A Logo From GoT In His Tweet

The U.S. President Donald Trump seems to be a big fan of Game of Thrones series when he posted a tweet which is inspired by the show.

Yet the cast of the show is not very pleased with it.

The President tweeted ‘Sanctions are coming. November 5,’ as the catchphrase of the House Stark from the series “Winter is Coming” using the same font and letters.

Not long after, fans took over the Twitter calling the President a copycat, and even an actress of the GoT show Maisie Williams commented ‘not today.’

Even the writer of the series, George R.R. Martin answered to the President in a picture, which said: ‘Fear cuts deeper than swords. VOTE. Tuesday the 6th.’

Just before the tweet, the White House explained what was happing right now.

‘President Donald Trump is re-imposing all sanctions lifted under the unacceptable Iran deal. The U.S is re-imposing the toughest sanctions ever on Iran, targeting many of the corrupt regime’s critical sectors.’

‘The United States has launched a campaign of economic pressure to deny the regime the funds it needs to advance its bloody agenda!’ 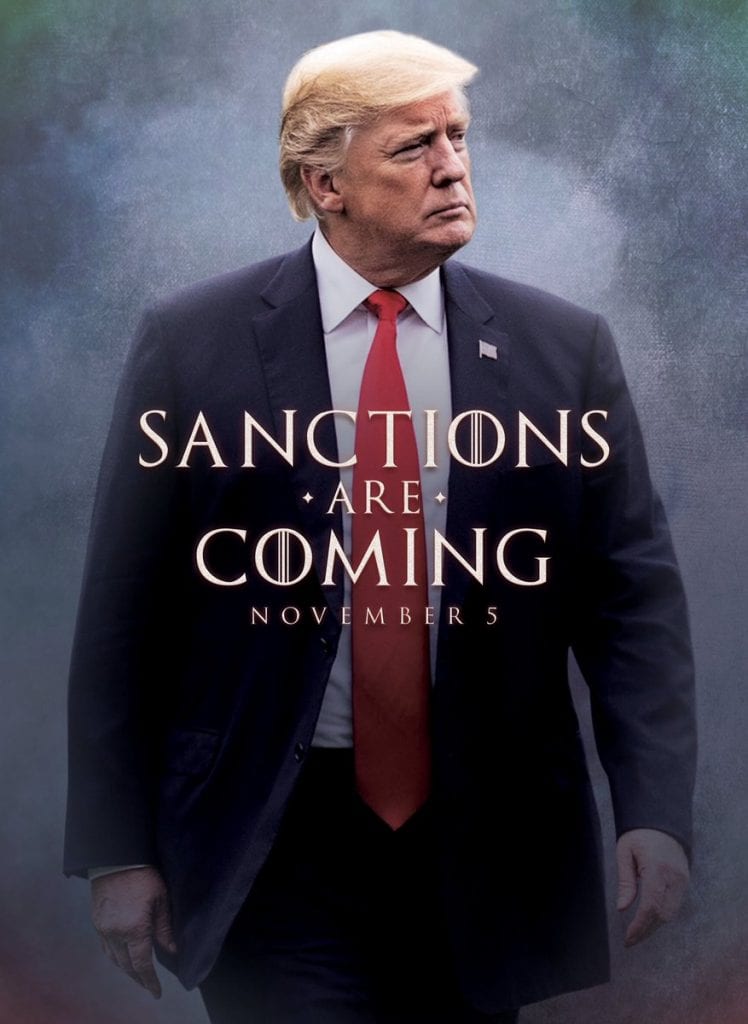 ‘We were not aware of this messaging and would prefer our trademark not be misappropriated for political purposes.’

Top 11 Benefits of Logo to a Business

How To Design A Logo From Scratch |...