The American rapper Drake recently had an interview with Rap Radar. He shared his thought on the event that happened two years ago and what is his stance today.

Pusha T published a song in May last year that made everything worse between them. In the diss track about Drake, he revealed to the world that the famous American rapper is a father. Sophie Brussaux gave birth to their baby in 2017, but the rapper kept that a secret until Pusha T decided to share that information with the world. The track is called The Story of Adidion, and Drake mentioned on the podcast, “I have no desire to ever mend anything with that person. That situation just went where it went. There’s no turning back.”

He further added, “I’ll say this — I tip my hat to the chess move. It was a genius play in the game of chess and definitely warranted my first “loss” in the competitive sport of rapping. [It was] by choice, obviously, because I bowed out after realizing that the gap between us allowed him to drop a bomb on the world that became all anyone cared about.”

Drake continued, “He told the world that the biggest artist at the time has a kid that he hasn’t told you about. I know, for me, it was over at that point. It wasn’t about battle rap at that point — the information was too shocking. I realize that nobody really cares about this guy, so there’s nothing else I can really say that’s bigger than Drake has a baby. He won off of that bomb.” 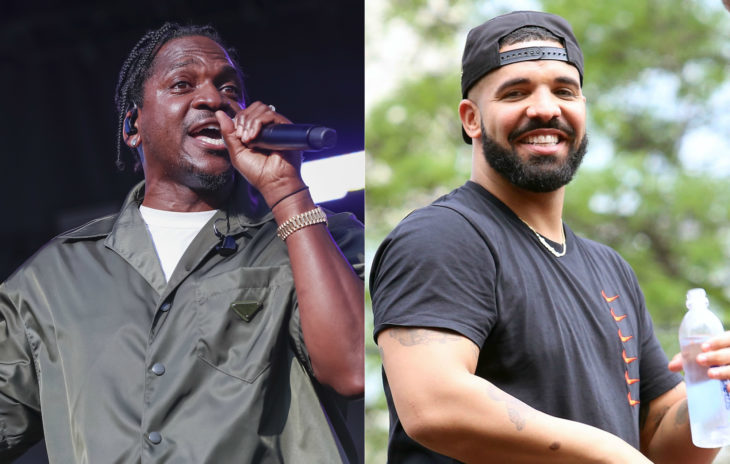 Drake also blames Kanye West for the baby reveal. Pusha T collaborated with West in his studio, and Drake believes that West is the one who shared with him that Drake has a secret child. Drake talked about it also on the podcast, and he stated, “I think that he definitely recruited a guy with a similar dislike for me. No matter what he says in interviews, I know that. He can tell whoever, ‘Oh, I got love for [Drake],’ but it’s not love. There’s something there that bothers him deeply. I can’t fix that for him. It just is what it is. I can never, ever, ever, ever turn my back on the things that I’ve said about him in a positive light, and I still feel all of those things. I would still say that Kanye West is my favorite artist all around. I have no problem saying that. But things have just changed — I’m not just a kid who’s a fan anymore. Now we have personal situations. A lot of his issues with me…I can’t fix them for him.”

In the end, Drake talked about if he will ever forgive Kanye West, and he shared, “No, not really, because it’s not on my end. I have no problem with any of these guys.”