Exclusive! The Creator Of Hot Chicks Picking Up Dog Poo And Hot Chicks With Dogs With Boners Speaks!

Recently, we here at The Frisky came across two unusual websites that got our attention. What were they? Hot Chicks Picking up Dog S**t and Hot Chicks with Dogs with Boners. So, What’s up with the babes and dog doo? we considered. Who wants to look at pictures of cute girls posing with turned-on pugs? we wanted to know. What was this all about? Then, seemingly out of nowhere, a mysterious email arrived in our in-box. And lo and behold! It was from one of the two minds behind what are surely the most important websites of our time — or, you know, the month of September. After the jump, their secret identities revealed and the fascinating story behind what could become a dog poop and canine boners empire. 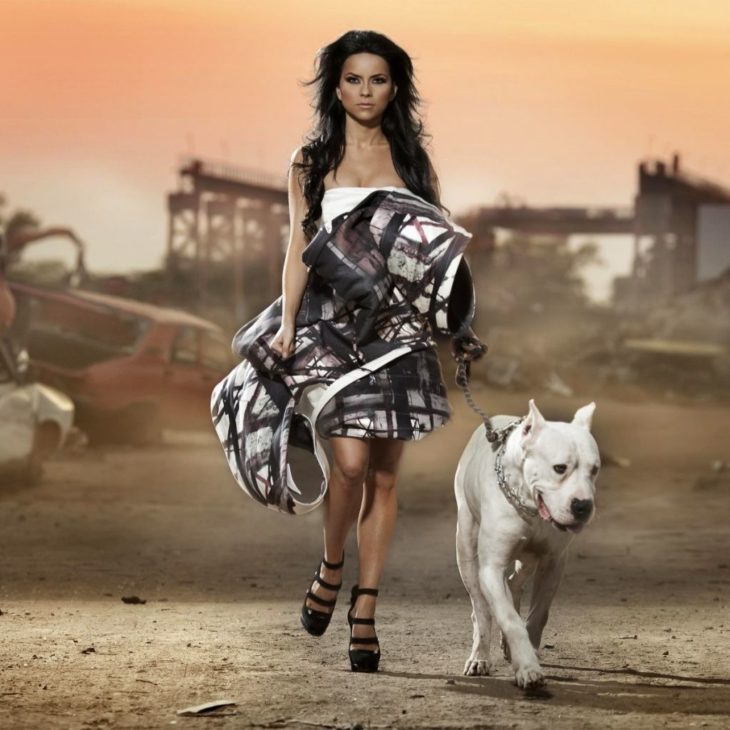 The fact that women can remain beautiful with a bag of s**t in their hands is tremendous.

So far, HCPUDS and HCWDWB have proven if you create websites that consist solely of hot chicks, dog poop, and canine boners, people will come. Since HCPUD launched on Sept. 4, the site has scored nearly 250,000 page views. Since HCWDWB hit the interwebs on Sept. 15, it’s gotten almost 100,000 page views. The poop-’n’-boners sites were co-created by Andre Ricciardi and Ryan Lee, coworkers at a commercial production company in San Francisco. What’s next? Another website? A book deal? “Hot Chicks Picking up Dog S**t: The Movie”? Surely, the possibilities are endless.

I asked Riccardi how the sites came to be, what it all means, and what the future holds.

Yes, I am the co-creator of the sites, along with a co-worker of mine named Ryan Lee. I’ve [been] joking about hot chicks picking up dog s**t for ages, and he finally threw the Tumblr site together, and I found the first batch of pictures on Flickr in about 20 minutes. (We work at a commercial production company in SF — I’m a creative director and writer.) We posted it to our Facebook pages, and it took off, very naturally. You were the first blog that we noticed who picked up on it.

It has been a constant source of laughter around here — the discussions we’ve been involved in are particularly inane. For example, there was great debate in the office about whether HCPUDS is misogynistic or not. I don’t. I think it’s creepy and overtly sexual, but not degrading or hateful.

The fact that women can remain beautiful with a bag of s**t in their hands is tremendous.

For the second site, I wanted to push it a hundred times further and see if that would be consumed as voraciously, and, sure enough, again, the power of the women is central to the site. For this one, the beauty is so strong it jumps species. Also, I think guys see themselves in the dogs: aroused, unable to hide their arousal, etc.

But the real fun and success isn’t the hundreds of thousands of visitors to the sites, it really is the discussions that have been sparked by them. After the first site, a woman asked us without breaking a smile, “So, looking to the future, do you see yourselves going towards hot chicks, or dogs**t?” That question was the highpoint of the September for me.

Also, there are all the jackasses who keep asking how we plan to monetize it. For the love of god, it’s a site about dogs**t and a site about dog boners. Is my brother really calling from Kyoto to discuss profits and warn me not to squander this opportunity? Really?

To date, we’re about to cross 200,000 page views on HCPUDS and were mentioned in more than 70 blogs internationally. The Boner site was at 70,000 page views in less than 40 hours.

One of the things I’ve loved so much about the blog coverage is how many people wonder aloud what I must be like. Well, I’m a professional, a father of two daughters, and a proud member of the internet who finally saw a way to give something back. And this is just the beginning. Who knows where this poop-and-boner-strewn path may take us. But I promise this: I’ll do my very best.

Hot Chicks With Dogs With … Boners?