Girl Talk: I Had A Miscarriage

As I lay on the floor next to my boyfriend getting ready for to play another round of Dance Central on our Xbox, I thought to myself , Something is wrong with you. You are too happy.

Less than 72 hrs before, I had a miscarriage.

I lost the baby we were so excited to be bringing into this world at a little over seven weeks.

I knew I was pregnant even before I saw the telltale plus sign on my home pregnancy test. My normally predictable period had been two weeks late. I took the pregnancy test just to have something to show to him, to announce that we were expecting. He was out of town that weekend, and I thought I’d break the news to him in a creative way. I emailed him a picture of the pregnancy test with the subject line “Guess what?” He called me immediately, and after expressing some shock, he said he was genuinely happy about it, that I would be a great mother and he was proud I was having his child.

Because it was so early in the pregnancy I only told my sister and my best friend. All of the blogs said that I should wait until I was at least 12 weeks to share my news, so that was the plan. Well, more like nine weeks, right after my first officially scheduled prenatal exam.

My boyfriend and I spent the next few weeks bathed in a glow of excitement. We talked about names, we started looking at bigger apartments, and we began planning for this new and special addition to our lives.

And then, things stopped feeling right. 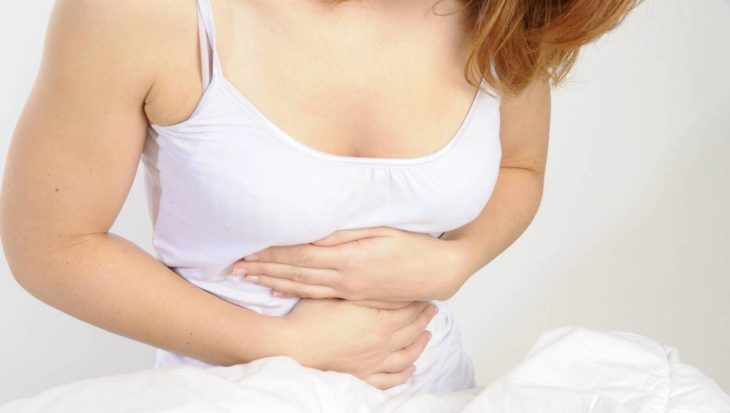 It started with light spotting, which the doctor said was perfectly normal. The next day there was a little more spotting, darker in color this time. By the third day I had a painful stomach ache. My boyfriend asked if I wanted to go to the doctor and I said yes. I told him to wait for a minute while I sat down. My stomach ache turned even more painful. Fifteen minutes later, I stood up and the couch was covered in blood. I ran to the bathroom and just like that … I wasn’t pregnant anymore.

I stood in our bathroom doorway, with tears running down my face.

Although I was crying, that sentence came out very matter-of -factly. I could have just as easily been saying, “I lost my keys.”

Once I got myself cleaned up, I called my doctor to schedule an appointment. I sat down on the edge of the bed and Googled “miscarriage.” Between all of the medical terminology were blogs. Blogs belonging to other women who had had miscarriages. Blogs that talked about the pain, the devastation, the weeks and sometimes months of emotional recovery. Blogs that laid out very clearly that this was going to be a defining moment in my life, that I would never be the same again.

And that was when it hit me. The Guilt. Right after it happened, I cried into my boyfriend’s arms because it had hurt, because I was sad that the baby we just a few hours earlier been so eagerly anticipating was now flushed down the drain, and with it, all of the thoughts I had about dressing her up in pink or teaching him to read. But now, only a few hours later, I felt fine. Too fine, too okay with what had just happened.

For the next two days I walked around with The Guilt, and tried to mask it by doing my best impersonation of “devastated woman.” I lashed out at my boyfriend for not being sensitive to my feelings as he cleaned the blood soaked couch. I let my sister and best friend offer me words of comfort. I wondered if they would they still offer me their shoulders to cry on if they knew what a horrible person I really was? If they knew that I was only pretending to be devastated by the loss. 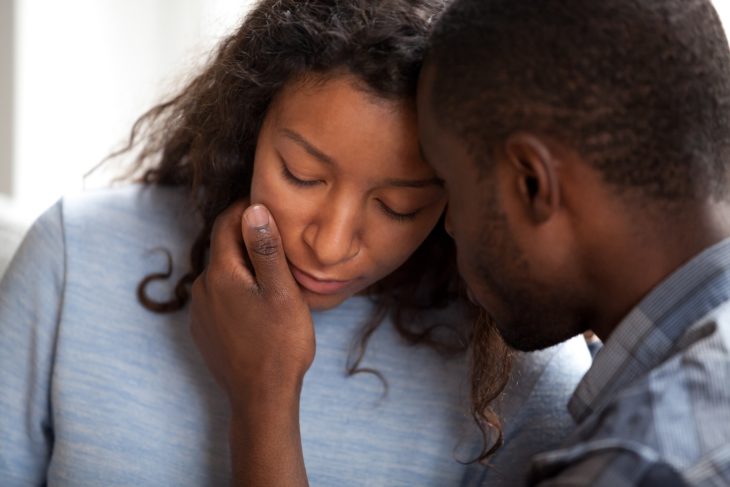 By the third day, I was up and about, playing Dance Central with my boyfriend, laughing and eating ice cream. But I still felt The Guilt that I wasn’t like “normal women.” Women who needed time to grieve the loss of their unborn child, who needed to take weeks off of work to cope. Why wasn’t I like them? What was wrong with me?

My doctor tried her best to assure me that not every woman experiences miscarriage in the same way. That while for some the experience is truly devastating, for others, they are able to accept what has happened and move on. I just happened to be one of the latter. But that explanation seemed too easy.

I have played the scenario over in my head a thousand times. Asking myself questions that only make me feel worse. Did I really want this baby? Of course. Were we ready for a child? Yes, I have a great job and so does he. We are in a happy relationship. Although we were not actively trying to have a child, we had discussed it, and abortion or adoption was not something either of us would consider. I found it difficult to reconcile wanting and preparing for the baby, and not being overwhelmingly sad that he or she would never exist.

But my miscarriage taught me so much about my own strength, about the type of man I’m in a relationship with — the kind that cleans blood off the couch without complaint, who keeps on going without missing a beat, who is able to accept that things just didn’t work out without blame.

It’s been more than a month now. I still go back to that night every now and again in my head. I still wonder if I am “normal” for getting over it so quickly or if there is some serious flaw in me. I’m still not totally sure that there isn’t, but I have decided that for now, I am okay.