I Am A Witch: Finding & Unleashing My Feminine Power

OK, so maybe you don’t know what that means. Five years ago, I wouldn’t have had any idea either.

In witch speak, Goddess speak, wise woman healer speak, that means Happy Halloween. And just a few years ago, that would have sounded way too witchy for me, because I thought (mostly because I didn’t have my own thoughts yet) that witches were weird. Now, being a witch –which is just one of my zillion archetypes; I’m also a writer, lover, teacher, sister, daughter, etc. — is who I am.

But back then, as much as I had always been fascinated by them, and religiously watched “Practical Magic,” “The Witches of Eastwick,” “Teen Witch” and “The Craft,” I assumed the idea of a witch – a beautiful, earth-powered, magical woman (well for the most part, women) – was a fantasy. I assumed that witches weren’t and had never been real.

I knew of Wicca, the religion of witchcraft, but didn’t really relate. It didn’t resonate, which is how I move through the world, now – by my intuition. Something has to resonate for me to respond to it. It has to ring my bells, speak to my soul. Move me. And Wicca never did. Being a witch and being Wiccan are quite different, and not mutually exclusive, yet every other day someone still asks, “So, are you Wiccan?” Nope. I’m not.

As much as I love the archetype of Jesus as a love prophet, I’m spiritual, not religious. For me, religion implies rule-based practices and beliefs. A certain programming. And I’m all about breaking the rules which have gotten us into this mess, and de-programming ourselves from a bunch of fear-based, separatist bullshit. 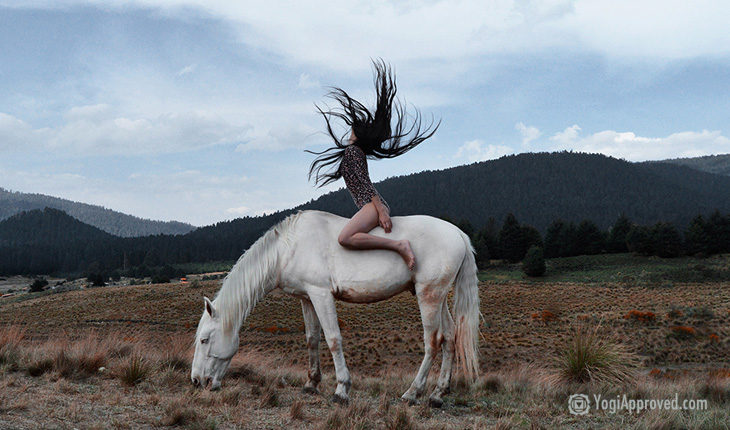 Waking up, if you will.

Until five years ago, I never knew of the Goddess. (Unless we were speaking of a lingerie-clad woman laying across a car hood in the pages of Maxim.) I hadn’t begun to think in terms of Feminine Spirituality. I mean, I wasn’t even aware that the world was dominated by patriarchy (the masculine dominate).

I hadn’t begun to question that if there could be a male God (“In God We Trust,” as printed on money, our world’s current ruler), couldn’t there also be a female god as well? Why not?

There’s day, and there’s night, right? There’s the sun, and there’s the moon, there’s male, and there’s female, so why would it be an inconceivable leap to believe that if there were a God, there was also a Goddess?

Unfortunately, we are – because the world is – in the throes of an extremely destructive, unhealthy masculine ego. We are now beneath the iron boot heel of the destructive masculine. The ego needs to defend itself. The ego sees itself as separate. The ego isn’t one with others and the earth. No, the ego goes to war, destroying everything in its path until life itself is a wasteland.

Here we are in a war torn world, polluted to near extinction. Here we are in a near wasteland. As the late Terence McKenna (a beautiful example of the healthy masculine) would say, “Why do we need to fund, make, and watch movies about Armageddon, when, for most of the world, Armageddon is already here?”

The feminine, as the beacon of mystery, can be a little harder to define – in fact she almost refuses definition. When the feminine shows up in unhealthy ways, it can look like intense wrath, depression, needy attachment, inability to make decisions or take care of oneself, low self-esteem and addiction. Sound familiar? These are symptoms of the feminine in a masculine dominated society; when the feminine isn’t honored and respected, she grows sick.

The ways the feminine shows up healthy in her power? Sovereign. Boundaried. Unconditionally loving, but self-loving first. Self healing. Passionate. Compassionate. Healthy. Intuitive. Aligned, at one with herself, the earth, and all its living beings.

The world is way out of balance and can’t continue in its unsustainable state. And guess what the world needs way more of? All of those repressed feminine energies I just spoke of. Compassion. Healing. Love. To raise the feminine on the earth would be a shift toward major healing.

Back when I thought witches were weird, I just repeating the thoughts I had been handed – that maybe they slept with Satan and put hexes on people and animals. I hadn’t done my own research into the witch hunts, I hadn’t realized that was all patriarchal propaganda. Once you look into the history, or the herstory, of the witch hunts, you see it for what it was – femicide. A slaughtering of women, and a hunt against the power of the feminine.

Most of these “witches” – 80 percent of which were women – were feminine healers. Many were autonomous, wild, free, and earth-honoring. They gathered together and honored the Goddess as well as the God. It’s why it can still be so scary to be a “wild woman” now, because we can feel in our bones, we can remember being killed for it.

While 1692 Salem is most famous in America, in 16th and 17th century Europe, tens of thousands of women were killed. “Hanged, tortured to death, strangled, boiled in oil, or burned at the stake during the church-sanctioned reign of terror,” Elias explains in his book, In the House of the Moon, Reclaiming the Feminine Spirit of Healing. “The entire female sex had evolved from the ancient image of the compassionate mother to the church-inspired conception of the deceiving temptress, who by her very presence could endanger the souls of decent men.” A witch hunting manual, Malleus Maleficarum, was printed by Dominican priests and it spread like wildfire. The hunt was on, and no woman was safe.

In truth, women can be both the goddess and the whore, light and darkness, bad and good. Just like men, we’re human. We’re whole. It’s up to us to choose love. We don’t always, but we’re learning. 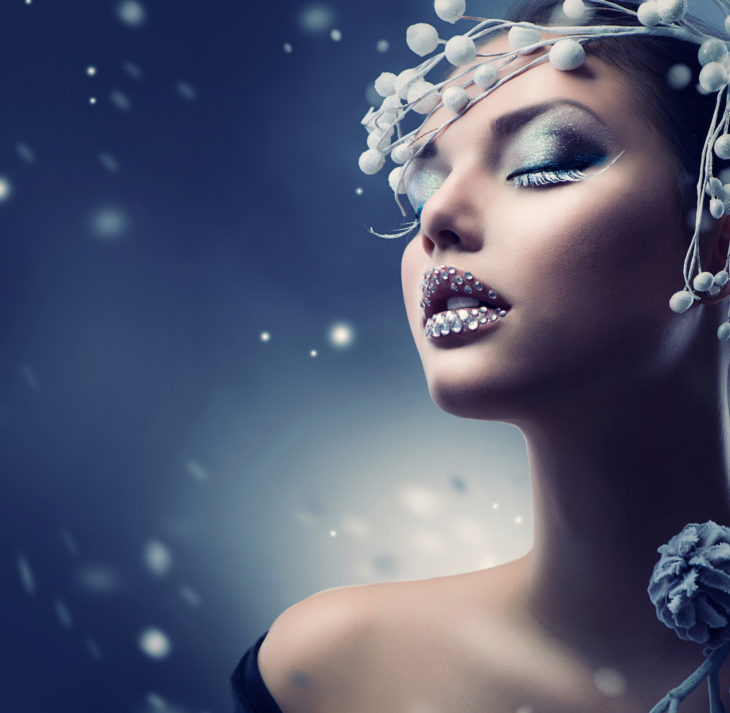 So, back to feminine power and five years ago.

I was in New York City, struggling and suffering my ass off.  I had no awareness of my feminine power, other than what the patriarchal culture had handed me – which again, was submissive, legs spread, 16 forever. Sexy wasn’t powerful, it was submissive and weak.

My life had recently exploded. I was jobless, because I had no passion left for … anything. And my fiancé and I had just split up a week before my wedding. I was 30 years old, and I thought my life was over. And the truth was, one was – my old life.

I thought that as a woman in this society, my only power was in my youth and looks. My ex had even said as he left me, “If I leave you now when you’re still young and pretty, so someone else will marry you.” I remember looking in the mirror and seeing a ghost of someone who once lived, but certainly wasn’t alive anymore.

“You’re still pretty enough that someone will marry you.”  I’m not vilifying my ex – the thing is, men are just as much victims of this patriarchal society as women. He was subconsciously aware of what he too had been taught — that my two powers as a woman in the society we were living in, youth and beauty, were fading fast, and the clock was ticking for a man to marry me, before I became invisible. And the thing was, I believed him. I agreed with him. I didn’t know the true meaning of feminine power then, so I thought that if I didn’t have a man, wasn’t approved of by a man and loved by a man, I wasn’t worthy. Of anything. Five years ago, when I lost a man, I lost what I thought was myself, but the truth is, I hadn’t yet found her.

But I have now, and that’s what I help women do – find their purpose, their gift to the world.

Now I’m writing to you from a cottage on an island, honoring a full moon and anticipating Samhain, pronouced Sow-een, or, as most of the world knows it, Halloween.

The Sabbat of Samhain is when the wheel of the year turns dark. When things get colder, more mysterious, mystical, deeper and darker, we have deeper, more direct access to Spirit and our intuition, and the veil between us and the divine, or the other side, is thinnest. This is why we’re inundated with images of ghosts and goblins – the spirit world is closer than ever at this time. It’s a powerfully mysterious, feminine phase.

In fact, when you align with the earth, you’ll notice all the similarities you share with her seasons. Like the leaves changing in fall, watch the relationships and old patterns that don’t serve you reveal themselves before you let them go. Your energy wanes, and a desire for hibernation, stillness and quiet develops in winter. Come back to life with the awakening of spring. Catch fire during the summer.

Oh, and when you align with the moon, true magic happens.

When I look back on my life, it can kind of look like one day I was an arts journalist, and the next day, I was talking about the Goddess and hosting women’s healing circles. But I had to walk a bridge between those lives; I had to let my old life die and ask the big questions of myself in order to undergo change and transformation. This journey always involves the death of what you know, and the ways you have been thinking, being, doing, living. Then you walk some faith-filled halls before the new you emerges.

I have not been alone in this journey. There are thousands of women all over the world waking up to their Feminine power. Or “coming home to themselves,” as Jungian analyst Marion Woodman would say. Why is this so important? I don’t think there could be anything more important than the healing of the self to heal the world. In finding ourselves, in becoming our own hero and the earth’s greatest ally, we unleash a holy hail storm of compassion and love on the planet. 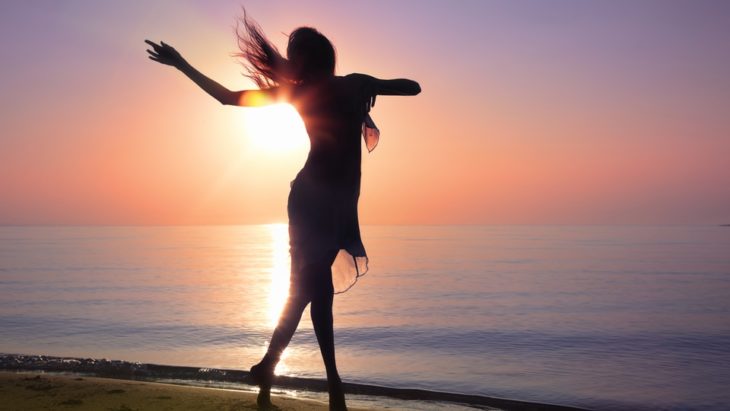 When I re-discovered myself, I found who I was as a child. I was sensitive. Intuitive. Empathetic. A strong fervent love for and need to protect animals and nature. A belief in magic. A devotion to love. A sense that my power was within, not without. I was just as I had always dreamed of being but told was impossible – a witch.

Now that doesn’t sound so scary, does it?

Would You Dump Your Boyfriend If You Found Out He Had Been Into Bestiality?

Introduction to diamond cutting tools and their benefits

7 Steps to Growing a Manly Beard