I Went To An Indian Sweat Lodge And Didn’t Die

As someone who has attended an Indian sweat lodge and thoroughly benefited from it, I was deeply saddened to hear about the ritual gone terribly wrong in Sedona, Ariz., last week. Self-help guru James Arthur Ray is being investigated for his “Spiritual Warrior Retreat” that left two people dead and 19 others hospitalized. There was allegedly a 36-hour fasting period before 60 people were crammed into a makeshift sweat lodge at the Angel Valley Retreat Center, where he’d rented facilities for his five-day retreat. Inside, 38-year-old surfer Kirby Brown and 40-year-old father James Shore dropped dead. Ray has made no public comments, but he did update his Twitter account to say, “My deep heartfelt condolences to family and friends of those who lost their lives, I am spending the weekend in prayer and meditation for all involved in this difficult time; and I ask you to join me in doing the same.” I bet the last thing participants and their families want to do is meditate on how this whack job stole their $10,000 and nearly killed them. Ray had said the retreat would “absolutely change their life.” Oh … he changed their lives all right. [CBS]

I was so angry when I heard about this because I know it will mar the public’s perception of the sweat lodge ritual. People already think they’re kooky, but now they’ll add dangerous to the list. A sweat lodge ritual can be a beautiful thing when done safely, properly and with good intentions. Any sane person should know that 60 starving people shouldn’t be crammed into a synthetic, overheated tent and made to pay $10,000 for the torture. My experience was so different. I’ll admit I was skeptical when a co-worker suggested that I join her at The Wild Rose Sweat Lodge in Pasadena, California. “What does that involve exactly?” I asked with hesitation. 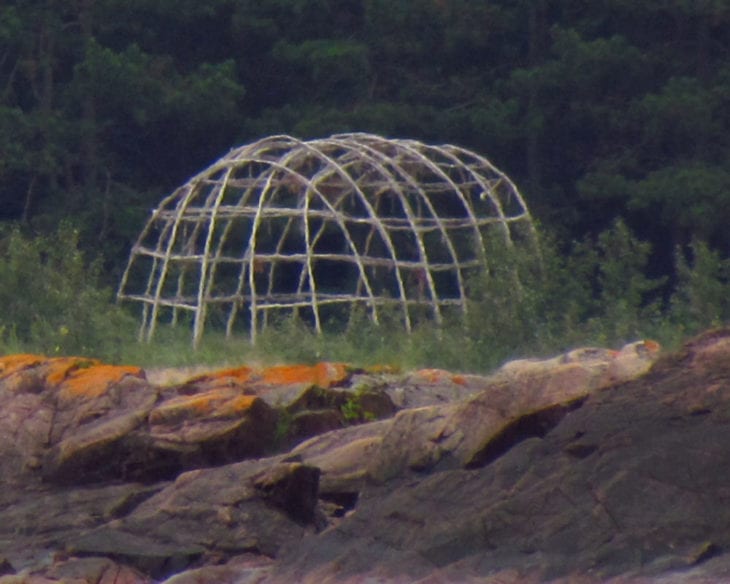 “You’ll have to come and find out,” she replied, which was just mysterious enough to get me interested. After revealing that her regular participation at The Wild Rose Sweat Lodge had remarkably improved her ailing eyesight, her energy and her focus, I decided to give it a try. What did I have to lose?

Before I attended, I did some research and discovered that the sweat lodge ritual is older than recorded history and has been practiced by cultures all over the world. Lakota Indian elder Black Elk says, “The sweat lodge utilizes all powers of the Universe: Earth, and things that grow from the Earth; water; fire; and air.” In the Native American tradition, the sweat lodge symbolizes the womb of Grandmother Earth and the heated rocks represent her body. The water slowly releases the heat in the rocks, which rises as steam and permeates the air to create a hot, humid atmosphere

During a pre-ceremony exchange with the chief of the lodge, Lyn Hopkins, she suggested that I enter my Wild Rose experience with an open mind. Lyn described the sweat lodge ceremony as “a perfect place to let go of your negative ‘stuff’ so you can go within yourself and connect. The process of honoring self within the spiritual environment of the lodge opens up new horizons and possibilities in your life.” In order to cover expenses to maintain the lodge, Lyn asked me to bring a small offering for the sweat leaders and some food to share after the sweat. I was pleased to find out that the actual ceremony was free of charge.

On a clear, full moon night in April, I showed up to the lodge deep in the Pasadena Hills with a bag of tobacco, some humus and pita chips, and plenty of anxiety. Would I pass out? Be too hot? Would I chicken out in the middle of the two-hour ceremony? Would I really open up new possibilities in my life? 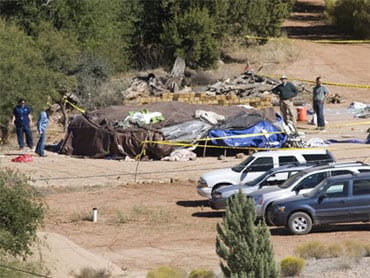 Twelve of us entered the lodge from the east door, which Lyn explained represents the fire element and the human attributes of illumination, enlightenment and spiritual energy. The fire pit heating the stones was also located nearby. I chose to sit in the southeast position, closest to the entry, in case I needed to make a break for it. The south of the lodge represents the water element and human emotion. The west represents earth and the qualities of presence, intuition and introspection. North represents air and winds, corresponding to the mind, logic and wisdom.

Once everyone was inside and in position, Lyn brought the hot stones inside. The door flap was closed and “Round One” began. Dark and magical; water was poured on the stones and I began to sweat immediately as Lyn called the Native American ancestral spirits to join us in the lodge. We were asked to offer up prayers for ourselves. I prayed aloud for guidance about what direction I should go in my life and the strength to live up to my full potential. I heard others petitioning for healing, love and resolution. Like a sea of echoing voices in the darkness, it was nearly impossible to decipher where one voice began and another ended. It created a beautifully anonymous atmosphere. After an intense 30 minutes of prayers, the flap opened and I could feel the much-needed rush of cool air.

Then “Round Two” began; we shared our prayers for others this time. Emotions and sweat began to pour out of me as I started to slip away from the realm of reality into a trance-like state. I felt the prayers coming out of my mouth for my grandfather’s health, the safety of my friends and family, and peace in the world. Devoid of all energy to struggle, I stopped trying to understand the ceremony on an intellectual level and just got swept away in it. The voices of the others almost seemed to be radiating out of the fire and surrounding me like a hot blanket. In “Round Three” all participants were urged to give away with intent and purpose all the burdens, fears, guilt, worries and procrastinations that were weighing them down. I shouted into the dark air with fervor, pleading to be released from self-doubt, perfectionism and fear of failure. My remaining inhibitions melted away and I felt an elated freedom, ready to conquer the world. I felt the intensity rise in the lodge. Between all of the sweating and emoting, I melted in the cacophony of voices and rested my head on the ground. I felt light, dream-like. In “Round Four” we thanked all the spiritual energies that had joined us during the sweat. As the end of the two hours drew to a close, I felt spent but blissful as I returned to reality. 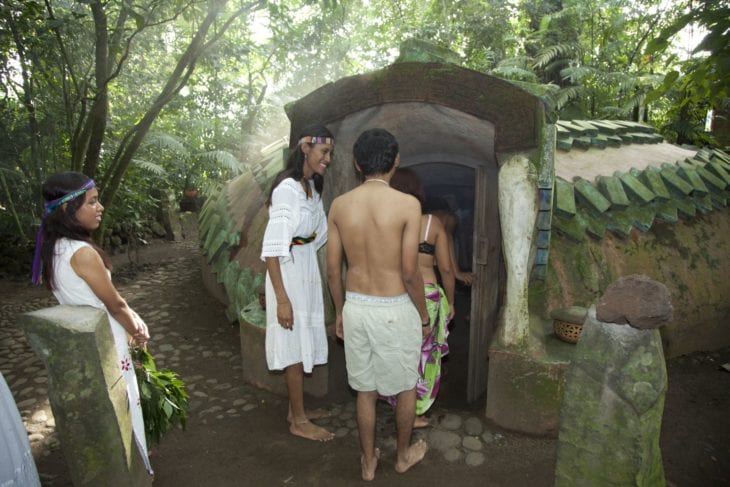 As I floated out of the lodge, I lied down on my towel in the soothing, April night air and drifted off, staring at the moon. When I finally came to, I enjoyed a feast of chips and dips, fruits, vegetables, and other delicious foods with the other participants. I went home and fell into the deepest sleep of my life.

Call it coincidence, but a lot of change occurred in my life following the sweat. Within three months, I was elated when I received a surprise, out-of-state job offer. In the three years since the sweat, I have had the opportunity to start and run my own Youth Theatre Company, work on Broadway, and pursue my career as a writer. How’s that for new possibilities?

Not Cool: Sexy Lingerie For Your Pooch!

I Am A Witch: Finding & Unleashing My...

Things you can achieve with meditation