If You Don’t Want An STD, Don’t Move To These Cities

If unrolling a Trojan isn’t part of your regular lifestyle, this terrifying CDC report on sexually transmitted infections will tell you which cities you should stay far away from if you don’t want your genitals to fall right off. (Memphis. The answer to that question is Memphis.)

According to data pulled by Fusion from a new CDC report on communicable diseases, the biggest threat to your sexual well-being is chlamydia, which occurs in 802 out of every 100,000 people in Memphis — the city with the highest rate of chlamydia transference. Anchorage, Alaska, pulled in a close second (738 of every 100,000 residents), with Philadelphia, St. Louis and Detroit rounding out the top five in the chlamydia category of the STI Olympics. Higher rates of chlamydia also correspond with the fact that the infection is fairly asymptomatic in both males and females.

Gonorrhea, the second most popular STI, once again runs the most rampant in Memphis, taking the top spot with 230 out of every 100,000. Philadelphia, St. Louis, Detroit and Chicago fill in the rest of the top five, while cities like Los Angeles, Boston, and (surprisingly) Las Vegas are on the lower end of the spectrum. (It is worth noting that said cities don’t have the lowest rates of any cities, they’re just the lowest of the cities that have more than just one or two occurrences of communicable diseases.) 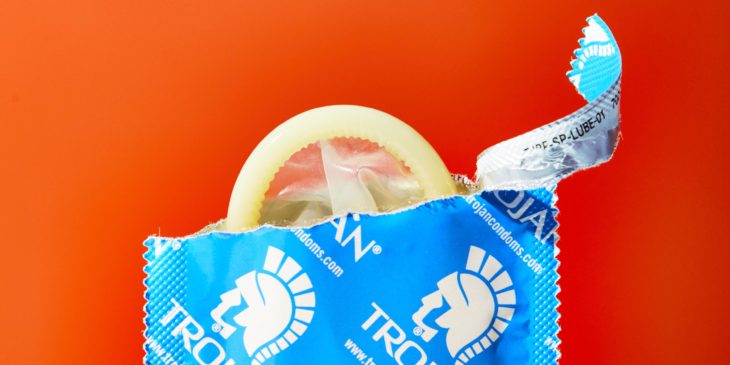 If all of this has made you want to stop having sex, take this to heart: the drop-off between the high rates of chlamydia and the rates of gonorrhea are so stark because of the fact that sexual education campaigns about STIs are working. People are paying attention to symptoms, getting tested, and rates are tumbling. Syphilis, for instance, has its highest rate in San Francisco, but even that is at a mere 18 of every 100,000 people — less than one percent. Even more heartening is the fact that HIV rates are lower than ever. The city with the highest rate of infection is Dallas, but with only 47 out of every 100,000. New York, Los Angeles, and San Francisco — previous hotbeds for the AIDS epidemic of the 1980s — are on the lower end of the incidence spectrum, with 20, 14 and 13 cases out of every 100,000 people, respectively.

But just because it’s harder to get an STI these days is no excuse not to wrap it up — especially in places like Memphis, where the county chief of epidemiology, David Sweat, attributes the rate of occurrence to their correlated high rate of poverty.

The Definitive Guide to Sexting