Is Angelina Jolie getting back at Brad Pitt and Jennifer Aniston by ‘hooking up’ with Justin Theroux?

Angelina Jolie ‘hooking up’ with Justin Theroux as payback was published last years by NW. They stated how Jolie invited Theroux so that she could propose a collaboration, but in reality, she was just trying to get involved with him to get revenge on Pitt and Aniston. Theroux allegedly agreed, despite the fact he knew what was Jolie planning, and stated how ‘’ he doesn’t feel like he owes Jen anything.”

In 2018 GossipCop successfully dismissed the story, and a year later, we can see that the whole story was false. Numerous tabloids have been trying to link the four together and made up stories about them just to get readers attention.

Pitt and Aniston haven’t been together since their divorce. Tabloids tried to publish some made up relationships, like Pitt dating Jennifer Garner, or Aniston dating Leonardo DiCaprio. They also issued how Pitt and Aniston got married in Paris, and more recently, on her 50th birthday party, but none of that is true. 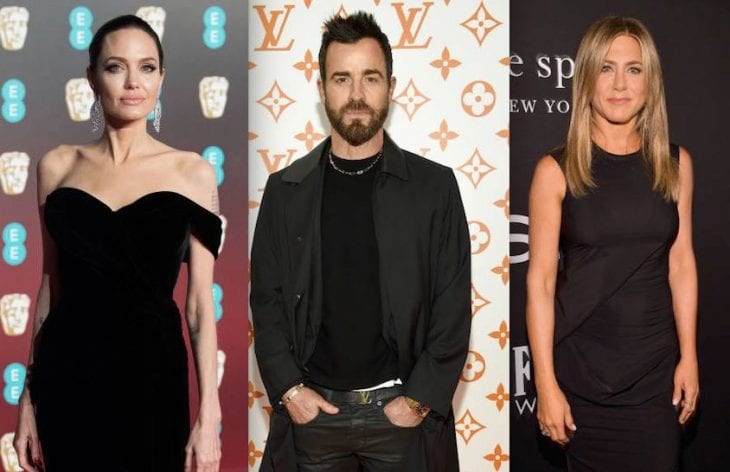 Kylie Jenner is staying with Travis Scott, despite the cheating rumors