One could almost say that the 16-year-old Lily-Rose Depp is nowadays more popular than her famous parents, Johnny Depp and Vanessa Paradis. Lily-Rose is currently in the center of the attention, due to her Vogue shooting, association with Karl Lagerfeld, gossips of bisexual orientation and now, her boyfriend, who is 24 years old. The one thing that is bothering her father is her choice of a partner, who is not only 8 years older than his daughter, but who also leads an unhealthy lifestyle.

Lily-Rose started dating Ash Stymest at the beginning of this spring. Ash, who is a British model, is already divorced and has a daughter. He was rumored to have alcohol issues, and all of this has made Johnny Depp worried about his daughter’s well-being. Johnny is blaming Vanessa for letting Lilly-Rose do what she wants. A source told Star Magazine: “Johnny has accused his ex-wife of allowing Lily to do whatever she likes. Now he was constantly bickering with his daughter because of her new novel. Johnny does not want this guy to hang around his daughter.’’ 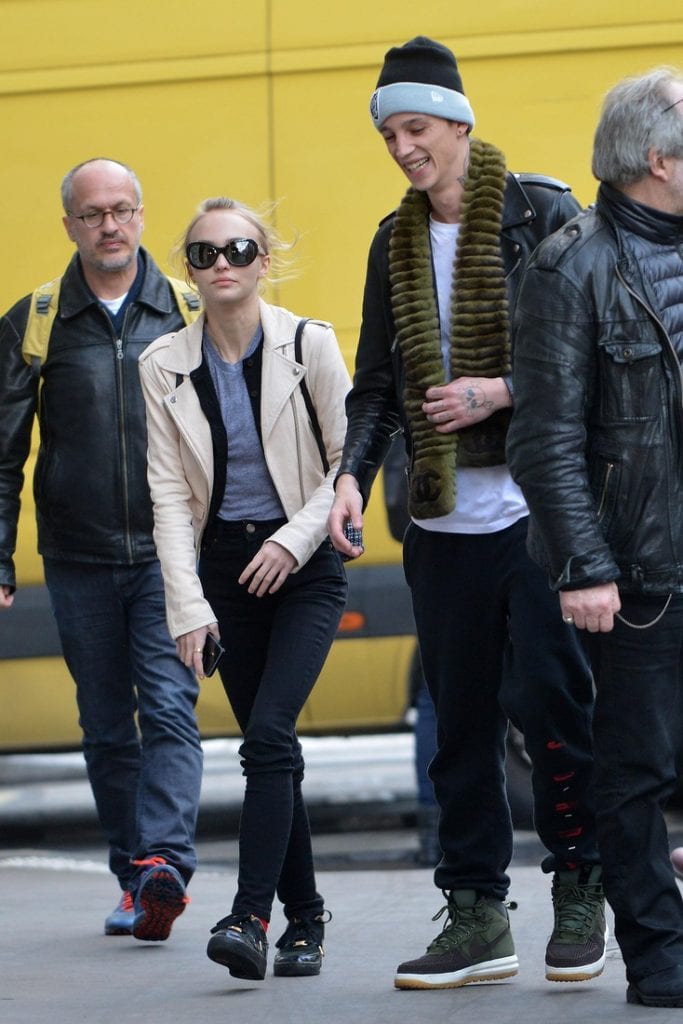 As for Vanessa Paradis, the French singer, and actress, she doesn’t have a problem with her daughter’s new boyfriend. Recently, the paparazzi caught Lily-Rose and Ash on the Los Angeles airport.

Lily-Rose was the official face of Chanel in 2015, and she had a photo shoot for Vogue, Gala, and Grazia. Even though her modeling career looks very bright, she would like to follow in her father’s footsteps and become an actress herself.

Justin Bieber wants to cover up a tattoo of Selena Gomez

Was Angelina’s ‘’phone call’’ to Jennifer about Brad true?

Jennifer Aniston Left Leonardo Dicaprio to Be With...