We mentioned Princess Diana and Prince Charles’ Zodiac sign, but now we will talk about Kate and Prince William’s sign, and see how do they get along.

The Duchess of Cambridge was born on January 9, and she is a Capricorn. Horoscope.com says that Capricorns are smart, hardworking, and “natural rule-followers,” which says a lot about Kate and her way of following the royal rules. Astrologer Sara Delphi said that those with earth signs, like Kate’s, are usually “very stable” and “all about responsibility and duty.” Regarding her relationship with Prince William, Delphi said that Kate probably “serves as a rock to support her husband” and is “very grounded. She’s a realist she likes discipline, she’s conventional, she likes consistency and living by the rules.”

Prince William was born on June 21, 1982, and he is a Cancer, just like his mother, Princess Diana. Cancer is very loyal, intuitive and emotional. According to Delphi, “William’s Moon is in the seventh house of marriage, Kate’s is in Cancer in the third house of communication. Cancers are really sensitive and emotional, and Kate’s Moon is in Cancer, so they will communicate really, really well.” 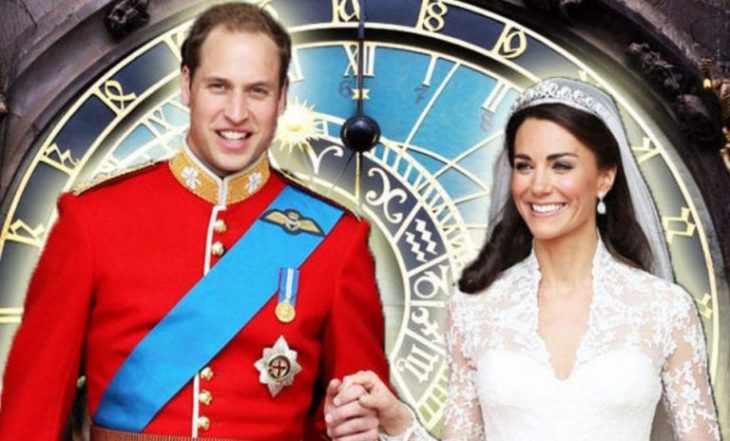 “They will make a very strong family unit– they will protect the children and want privacy for them and provide them with a very stable and happy harmonious home life,” Delphi stated. Horoscope writer Annabel Gat agrees on the duration of their relationship with Delphi but disagrees on how they are alike. “Cancer and Capricorn are exactly opposite each other on the zodiac wheel, so while, yes, they’re opposites, they also really complement each other,” Gat shared with Elite Daily. “Capricorn has a reputation for being cold, while Cancer’s tough crab shell is hard to penetrate … but, on the inside, both of these signs really care about family, security, and having a good time — straight-laced Capricorn is ruled by the Devil card in the tarot, so it’s not like this business-minded sign doesn’t know how to party! And, Cancer might be known [for] being moody, but they certainly have a wacky sense of humor — they’re a one-person carnival.”

Angelina Jolie on how her children celebrate their differences