One of the coolest parts of childhood is definitely all the toys. But as a parent today — especially a feminist one — toys can be one of the more frustrating aspects of raising a child. Marketing and branding has increased tenfold, and even kids who don’t regularly watch TV are aware of all the new toys, many of which are — at best, creatively limiting — and at worst, fairly sexist or even hypersexualizing. And with the holiday season upon us, the problem with kids’ toys is only brought further into the spotlight.

Looking back on my ’80s childhood, I now realize how good I really had it. Toys were just toys. There wasn’t as stringent a divide when it came to boys and girls, and the toy aisles weren’t awash in either pink or blue. Back then, dolls – yes, dolls, not action figures – were sold to boys without a second thought. Remember My Buddy? LEGO marketed their building bricks for everyone as evidenced by both vintage ads and product inserts. Today, “regular” LEGO sets (most with tie-ins to movies or TV shows) are mostly found in the “boy” aisles, with only the pink and purple heavy LEGO Friends sets being marketed to girls. 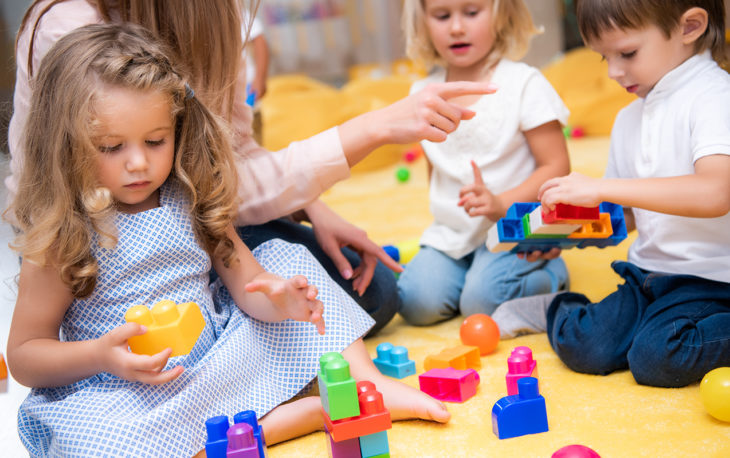 Flip open any toy catalog and it only gets worse. The majority of toys marketed toward boys are usually activity based. Sports, science, building – any toy that falls into those categories automatically comes in basic black, brown or blue or standard camo and shows a boy playing with it. Girls are relegated to more passive toys awash in shades of pink, or else they’re pictured showing off toys that would fit in better in a home economics class. One catalog’s girl version of “science” included a kit for making perfume, as if girls weren’t interested in or capable of playing with the actual awesome science kits with real experiments.

It may not seem like much to some folks, but the messages these kids are receiving via the toys that are marketed to them do sink in. While there are a variety of factors as to why STEM interest and retention for girls isn’t as high as for boys, just look at the toys marketed to each for one big reason. Toys that involve engineering, math, or tech components are rarely marketed to girls, and if they are, they’ve been so pink-washed that any educational aspect to them is eclipsed by all the glitter and frill.

Beyond the sexist pink and blue divide, a lot of toys these days are just bad, plain and simple. The Campaign for a Commercial Free Childhood hosts the TOADY Awards every year around the holidays. A direct response to the Toy of the Year Awards, the TOADY (Toys Oppressive And Destructive to Young children) look at the mind-numbingly awful toys that have actually been marketed and sold to kids in the last year. Past winners include such gems as Dallas Cowboy Cheeleader Barbie (complete with Mean Girl sneer), and last year’s iPotty, which indoctrinates toddlers into the world of screen time while taking care of your business, something most of us didn’t learn until at least college. Hell, back in my day, we had to take a good old fashioned paperback book in with us. 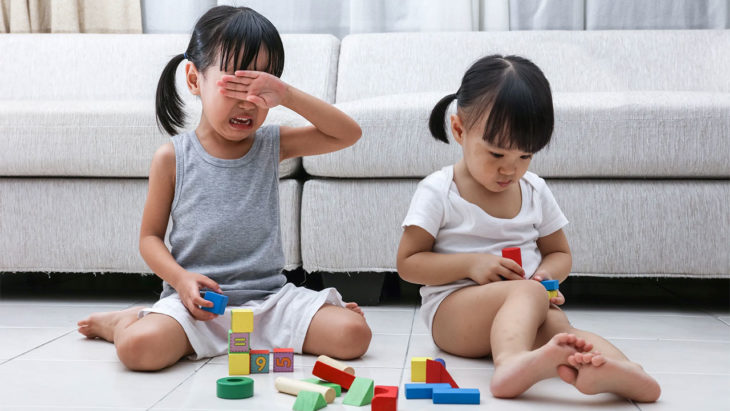 This year’s contenders show us just how truly crappy toys can be. From a Cartoon Network app sponsored by McDonald’s (are apps even considered toys now? Ack!) that shows 15-second clips to appease super short attention spans to a MiniMall, where kids can learn the joys of consumerism over and over again in their own home. I might sound like a Scrooge, but whatever happened to good old imagination and outdoor adventures for kids? In our helicopter parenting world, I know many are limited to these sorts of things, but let’s be honest – what’s hurting our kids more? Being shoved into hyper gendered boxes that focus on digital “toys,” or allowing them to actually be kids and experience things in a genuine way? It’s times like these when I feel like wrapping up a couple of sticks and rocks, handing them to the kiddo, and sending him off into the woods to play.*

And so, fellow parents and those buying presents for children, I wish you godspeed patience during this holiday time as you brave through the toy aisles, sifting through loads of garbage before you’re finally able to find something decent that isn’t toxic, sexist, boring, or crap.

6 Sentimental Gift Ideas That Will Impress Your...