Nickelodeon Stars Then And Now

Probably many people wanted to be famous when they were little and some managed to make their dreams come true after becoming Nickelodeon stars. Many famous stars that we know today, started their careers at a very young age. Some continued to be famous and to lead their lives as celebrities, like Ariana Grande who became, in her own words, “the hardest-working 23-year-old human being on Earth,” yet some decided to leave it all behind and live a more private life, away from media and fame. Here are some of former Nickelodeon stars who are almost forgotten. 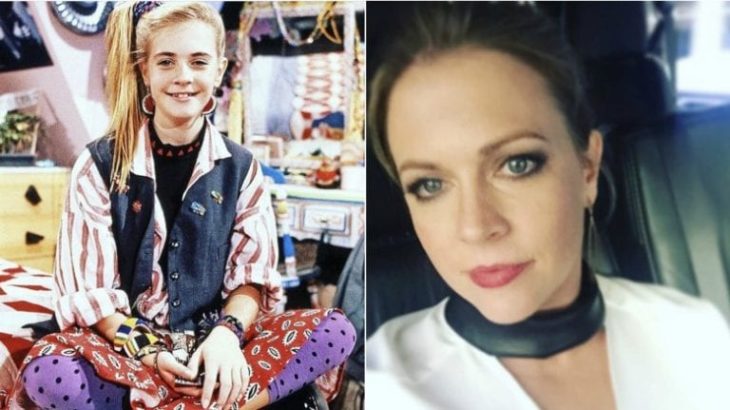 You probably all remember Melissa from her role of Sabrina Spellman on Sabrina, The Teenage Witch, but before she became a teenage which, Melissa was the first actress on Nicki’s to get a lead role. Clarissa Explains It All was her first major role from 1991 to 1994, but the show was cancelled after five seasons, as network believed Melissa was too old for the role.

She later got the role of Sabrina, The Teenage Witch, which surely brought her great fame. The show ended on season seven and from then on Melissa was out of the spotlight for some time.

After Sabrina, Melissa decided to become a candy maker, and she opened candy and yoghurt company, SweetHarts. Unfortunately, the shop was closed after only two years. After failing with candy store, she and her husband launched a fashion line called King of Harts in 2015, but she had to end this business too.

In 2010 she returned to the television in the show called Melissa & Joey, with Joey Lawrence, but the TV show ended in 2015. 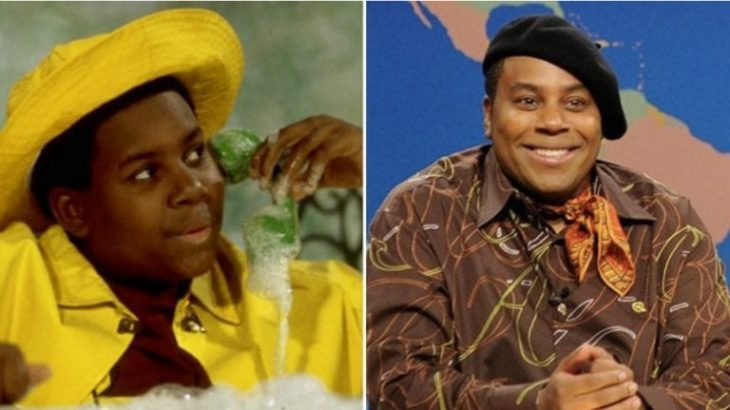 Kenan & Kel’s star Kenan Thompson and his partner-in-crime Kal were always inseparable and you can’t imagine Nicki shows where is one without other. 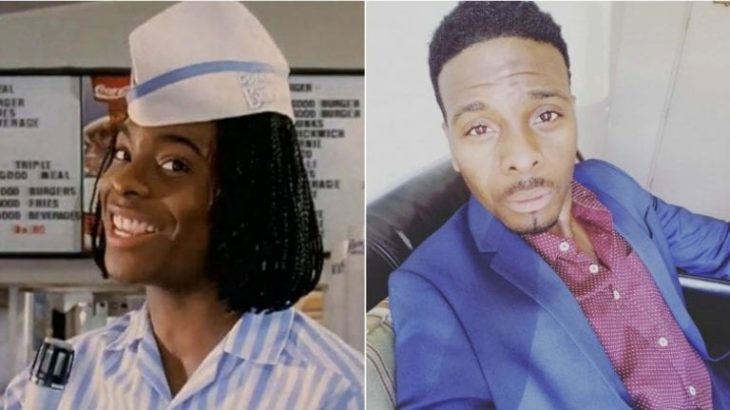 The other of Kenan & Kel show, Kel Mitchell was also a member of All That show cast. He was also a guest at The Steve Harvey Show, Cousin Skeeter and Sabrina, the Teenage Witch shows, together with his buddy Kenan.

From All That show, he didn’t make any significant moves. In 2003 he auditioned to be a member of Saturday Night Live cast, but he was beaten by his partner-in-crime Kenan Thompson. In 2006 the internet killed him, but he was all well and alive in real life. He had some small guest-starring roles, also returning to Nickelodeon for an appearance on Sam & Cat, but besides that he had nothing big. 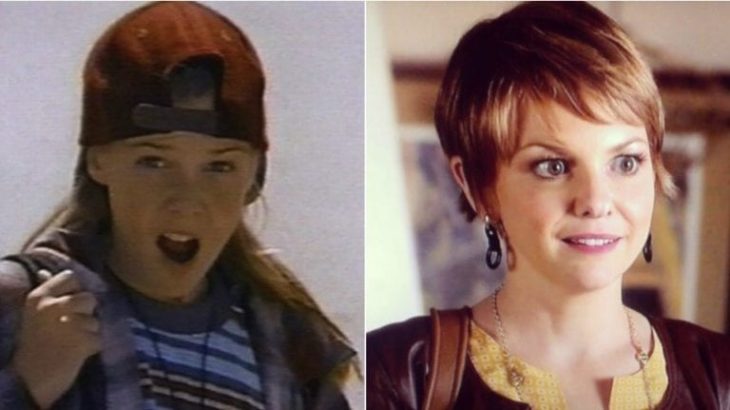 Larisa is still appearing on the television and she was a guest star on Pretty Little Liars, Mad Men, Hawaii Five-0 and Psych. 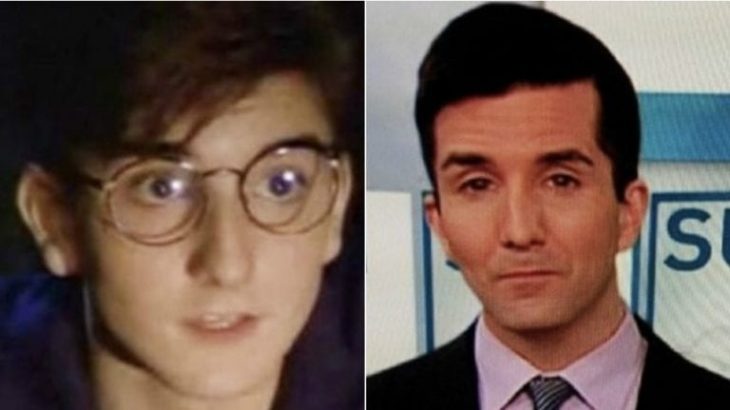 Are You Afraid of the Dark? show was a ’90 horror story, that was scaring kids from 1991–1996. Ross Hull played Gary, the founder of the Midnight Society in this show, for five seasons.

Since this acting career, Ross reappeared on the television but in a different role. He started as a meteorologist at The Weather Network in Ontario, Canada in 2004. He is now settled at Global Toronto. 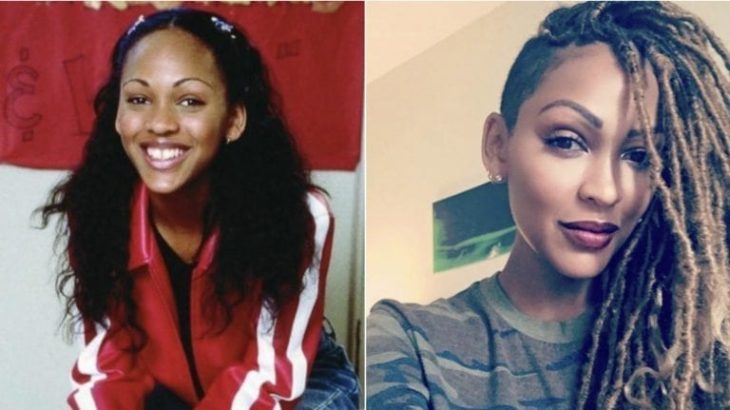 Meagan Good made a name for herself in Hollywood bur before playing in Fox’s Minority Report, Meagan played Nina Jones on Cousin Skeeter. She portrayed the love interest of the main character Cousin Skeeter, but unfortunately, the show lasted for only three seasons. After that, she played in horror films like Saw V and One Missed Call and in popular movie franchises like Think Like a Man and Anchorman. 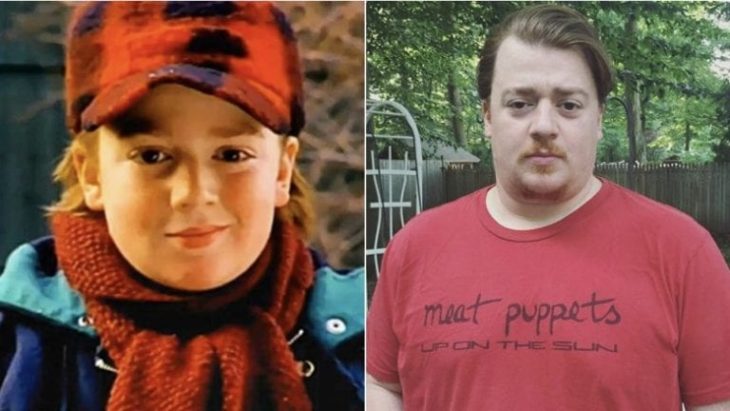 Danny Tamberelli is best known for his American comedy television show, The Adventures of Pete & Pete. He was also one of those Nickelodeon stars that appeared on many Nicki shows like All That and Figure It Out.

After his Nickelodeon career, Danny left the big screens and became a bassist in the alternative group, Jounce. But yet in 2013 Danny and Mike Maronna, his co-star in Pete & Pete, reunited to create a podcast called The Adventures of Danny & Mike. 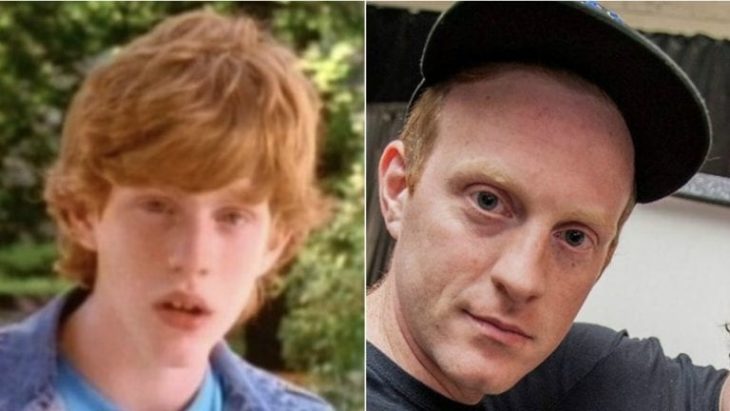 Of course, little Pete doesn’t go without big Pete. You also might remember Mike Maronna from Home Alone, where he played on of the member of the McCallister kids and movies Slackers and 40 Days and 40 Nights.

After his roles, Mike finished film at SUNY-Purchase in New York and continued to work on film behind scenes. He worked on films like Sex and the City, Men in Black 3 and Shades of Blue. 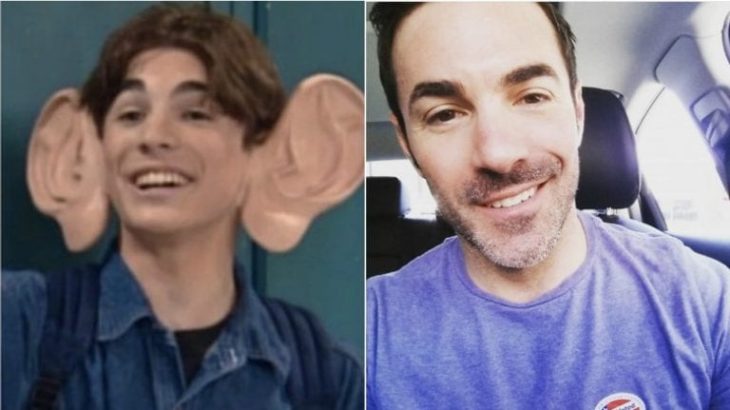 Josh Server is the only character from All That show who spent most of his career at Nickelodeon. He had 10 seasons of improv comedy, he never attempts to venture off into SNL. His latest Nicki’s appearance was on Sam & Cat in 2014 but he also appeared on The Secret World of Alex Mack, The Amanda Show, Ned’s Declassified School Survival Guide, and others. 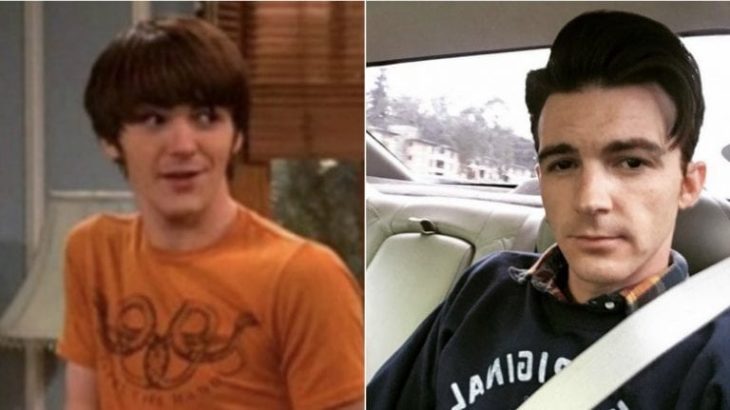 Drake Bell’s start on Nickelodeon was on The Amanda Show where he became everyone’s favourite, but his real fame came when he and his BFF Josh Peck got their own show in 2004 called Drake & Josh. The show lasted from 2004 till 2007 and it had only 57 episodes, but I am sure the quotes and jokes from the show are still somewhere in your head.

Since then Drake did much voice work for direct-to-DVD animated movies, produced three studio albums in the music industry, and made cameo appearances as Drake Parker, from Drake & Josh, on iCarly, Victorious and Sam & Cat.

But not all good things happened to this great actor. He has been convicted for two DUIs since 2009, first in 2009 in San Diego and the second was in 2015 in December due to which he had to spend four days in jail in September 2016. He also had some feuds with Justin Bieber on Twitter, but that was definitely a bad idea as Beliebers are always harsh on anyone who says a bad word about Justin. 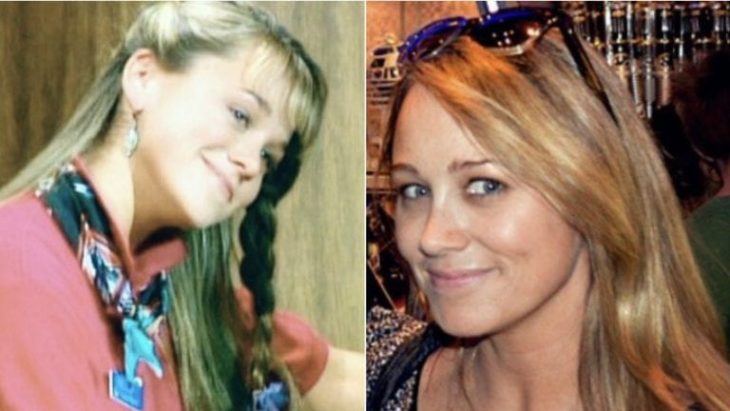 Hey Dude was 90’s beloved comedy series, making children wanting to wear cowboy hats. One of the beloved characters was Melody Hanson, played by Christine Taylor. After the show ended with 65 episodes, Christine moved to the big screens.

She took roles in Marcia Brady in The Brady Bunch Movie and A Very Brady Sequel and also Zoolander and The Wedding Singer. She did some guest appearances on TV shows like Arrested Development, My Name Is Earl and Hannah Montana Forever. 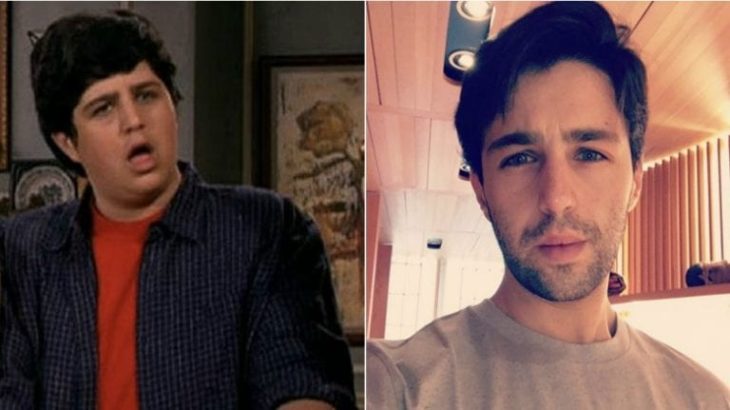 Josh Peck is one of Nicki star that didn’t have his start in All That, but his career started in a Nicki movie Snow Day in 2000. Later he joined with Drake Bell and became his co-star in the Drake & Josh show.

After the show he had a successful acting career, doing many voices work for animated movies like Ice Age and some acting credits in Red Dawn and The Wackness. He now works on the Fox comedy series, Grandfathered together with John Stamos, our beloved Uncle Jessie. 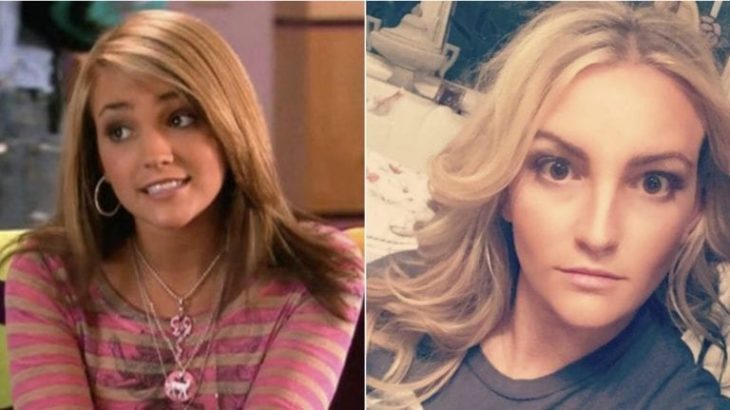 The younger sister of pop icon Britney Spears, Jamie Lynn Spears, spent a couple of seasons as an All That cast member before becoming Zoey Brooks in the show Zoey 101. She could’ve had a great acting career but in 2007, then 16-year-old actress got pregnant and the show was wrapped up. The creator of the show Dan Schneider said the show didn’t end because Jamie was pregnant, but rather it was supposed to end after four seasons.

The acting career of Jamie ended with Zoey 11, and after giving birth to her daughter in 2008, she turned to her music career. She released two singles and performed her songs at the Grand Ole Opry in Nashville. 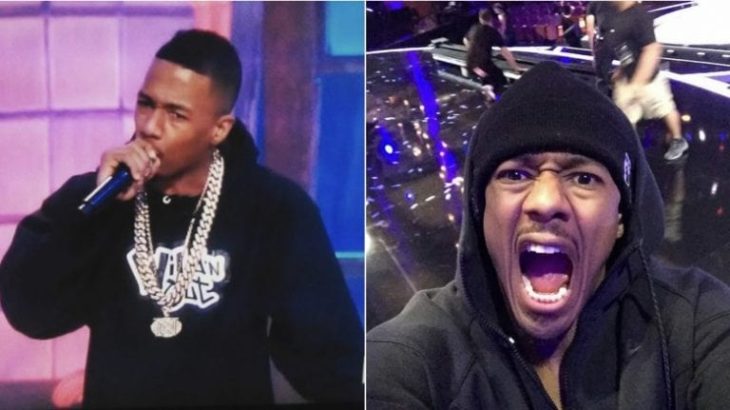 Nick Cannon is one of those very talented All That comedian stars that we can see in Hollywood today. Even though many continued their acing careers, Nick decided he will go into hosting tied. He had The Nick Cannon Show from 2002-2003, and the show was cancelled after two seasons. He hosted Wild ‘N Out a sketch comedy on MTV, and America’s Got Talent. He married Mariah Carey in 2008 and divorced her in 2015. Kevin “Ug” Lee from Camp Anawanna was the counsellor everybody loved to hate and it was played by Kirk Baily. Maybe it’s not very famous as it ended after two seasons because the cast didn’t love the idea of moving from Los Angeles to Orlando. His career continued in a different direction as he started the voiced career and his most recent animated film was the 2013 animated film, Frozen. 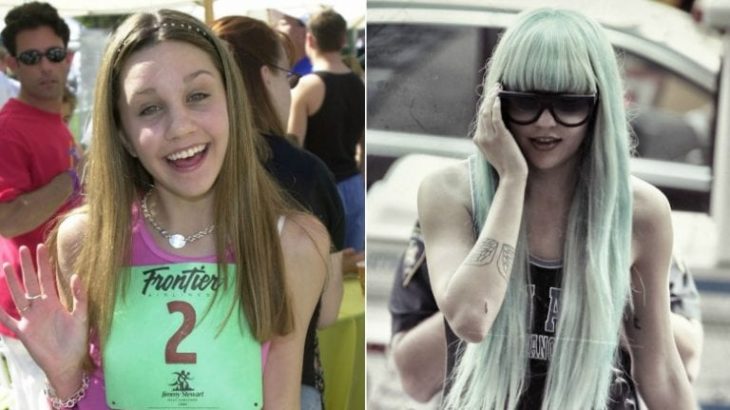 The greatest name on Nickelodeon was definitely Amanda Bynes. Not only was she a member of All That show, but she got her own leading show, with her name in it, at age 13. The Amanda Show was everything any little girl would ever want. After ending her show after three seasons, Amanda took over the big screens in Big Fat Liar, What a Girl Wants and She’s the Man. She also played Penny Pingleton with Disney star Zac Efron, becoming a teenage star cementing her path to the stars.

But unfortunately, the path collapsed when Amanda was arrested and charged with a DUI in 2012. After that things went completely wrong for a young star, as she was charged with two hit and runs and mental health difficulties which brought her to an involuntary psychiatric hold in 2014 and mental lockdown in 2016.

Why are Jennifer Garner and John Miller close to break up

“Leaving Neverland”-The stars came to the defense of...

Celebrities who didn’t think they would be stars