Prince William and Kate Middleton are the world’s most beloved couple. Considering that they are part of the British royal family, they are trying as hard as possible to have a normal life and a healthy family.

Prince William and Kate Middleton got married in 2011 after many years of dating. In 2013 The Duchess of Cambridge gave birth to their first baby, a son they named George. Prince George has two more siblings. His sister, Princess Charlotte was born in 2015, and the youngest Cambridge family member was born in 2018. Both Prince William and Kate are teaching their kids to be polite, kind and understanding, and they are trying to keep the normality in the family as much as they can, despite their busy royal lives. 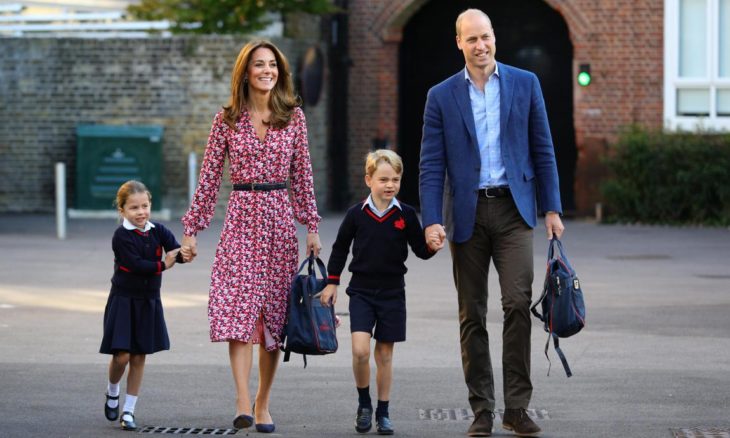 People all around the world are desperate in knowing what their lives are actually like. They are often seen together in public together, and Kate seems like a regular mom, as stated by some reports and sources. They take their children to school, and both Prince George and Princess Charlotte have chores that they have to fulfill during the day. They also spend time outside in the garden, when it is sunny outside, and they are playing and doing other things most children do.

Recently, we came to some interesting detail that happens every morning in the Cambridge family. Young Prince George is a football fan, and he enjoys Frank Skinner’s song Three Lions. He wrote it for the 1996 World Cup, and the family wakes up every morning to this song. We have noticed that Prince George is a big football fan, as he was allowed to wear the England shirt in pictures taken for his sixth birthday. He was also seen on various occasions playing football with his younger sister Princess Charlotte, and he will most likely be playing football with Prince Louis, once he grows up.

This is What Jennifer Lopez Eats for Breakfast