Reese and her beautiful daughter, Ava Phillippe, rocked the internet once again, with their recent selfie.

Ava looks more and more like her mother. Truth be told, by the time she reaches her mother’s age, she will be probably even prettier.

‘Legally Blonde’ actress is 43 while her daughter Ava in sonly 20. Ava is Resse’s daughter from her first marriage, with an actor Ryan Philippe. With such a good age gap between these two, it comes as no surprise that they share activates and hobbies. Moreover, they are often seen going out together. This recent selfie was from their most recent night out.

Girls night out with my favorite daughter! (ok she’s my only daughter but still) ❤️

Witherspoon even wrote a hip and sincere caption: “Girls night out with my favorite daughter! (ok she’s my only daughter but still) ❤”

It seems that they love good humor, as well. This famous and modern mother-daughter duo was seen twinning n the photo. They both were in black, red lipstick, and bling-bling earrings.

However, there was a HUGE difference! Resse has a shorter hair, so she rocked a curly blonde bob, while Ava opts for a more straight-out look to her long and beautiful locks.

Fans went crazy when Resse published this photo. Comments were all positive, praising Ava and Resse. Because of Resse’s youthful appearance, many actually ask – where is the mother, while others believed that the duo were sisters. 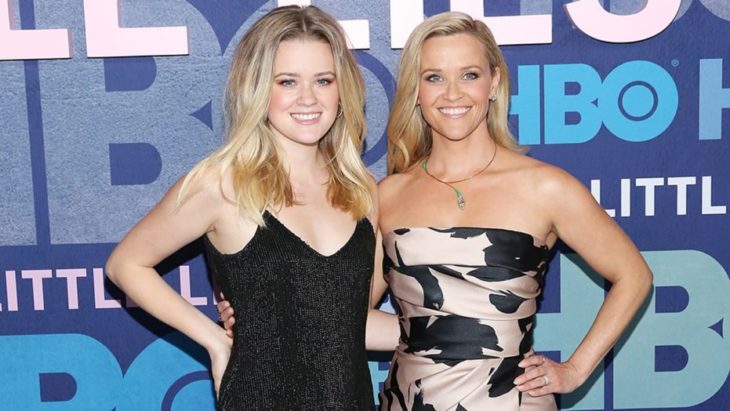 Even other celebrities commented, including Charlize Theron, with a line “Aawwww” along with a heart emoji. Witherspoon divorced Ryan in 2007 and married Jim Toth in 2011. The following year she gave birth to a baby boy, Tennessee.

On an appearance on “Larry King Now,” Resse told the audience that her marriage with Ryan couldn’t hold because they were so young and in the spotlight. For them, at that time and age, it was too much.

Brad Pitt and Jennifer Aniston Finally Bury the Hatchet and Made Peace With the Past!

Guy Talk: Why Does It Matter How Many Partners She’s Had?

Reese Witherspoon’s Mother Was Mad at Her for...

Reese Witherspoon and Meghan Markle Are Having a...