Rihanna is one of the most stylish women today, and people started comparing her old pictures to the look she has today.

Many noticed an evident change in appearance in the singer from what she used to look like. People stated how she has had some plastic surgery done, and especially noticeable change is in her nose.

One of the most prestigious plastic surgeons in Hollywood commented on the singer’s appearance. He stated how it is obvious that she had something done on her nose, but the job is well done. The nose job is done to match the proportions of her face, and it is very symmetrical. It matches the skin lines and her beauty perfectly. The surgeon added how he likes her now better than a pre-nose job. 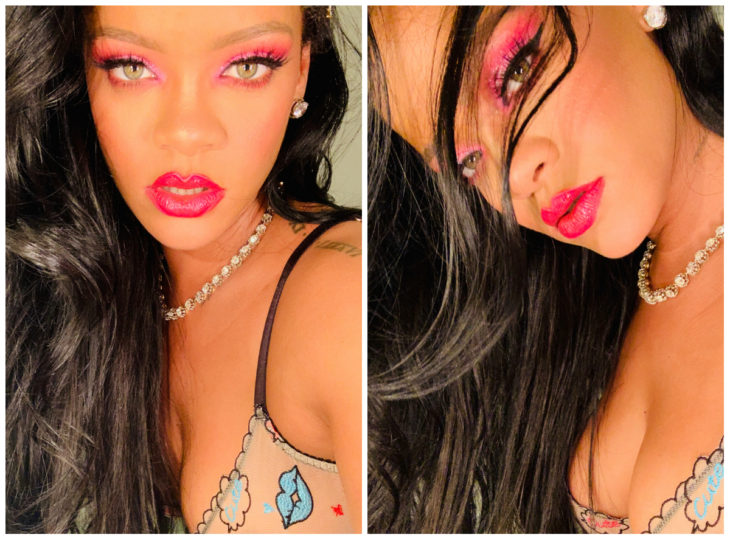 Rihanna recently posted on her Twitter account, “over 1000 images, 504 pages. #theRIHANNAbook is in stores today! it’s crazy to look back at all of the memories & be able to share these moments with you! Get your copy wherever books are sold.”

The singer also has a book, which is a coffee table photo book, and the book also features images from her second world tour, which was titled the Last Girl on Earth. The singer from Barbados shared with MTV, “I think it was really special to have behind-the-scenes photos, you know, pictures that the fans haven’t seen before, all together of a very specific moment of my life, an album of my life,” the singer revealed. She further added, ” They just get to see all the things that they hadn’t seen that were going on behind the scenes; really cool stuff, not typical. They’re really fun photos. And even for me, when I look at them, they say so much. Photos really tell a thousand words.”

The singer also posted on Twitter, “I teamed up with @TheHaasBrothers to create this stand inspired by my tatted hands to hold it up! The FENTY X PHAIDON edition of my book is available exclusively at herihannabook.com  @Phaidon.”

Essentials for Your Makeup Kit

Finally, An Answer For Why We Hate The Word ‘Moist’