How have the members of the British Royal Family changed over the last 10 years?

Over the past 10 years, the Queen and the rest of her royal family have celebrated and hosted many milestones and celebrations. There were fairytale royal weddings, many royal babies, and some rather important anniversaries. Both the family and the royal fans witnessed all of it, and alongside the events came the change of the Royals themselves. Read on to find out how the most important members changed during the past decade.

Kate Middleton, the Duchess of Cambridge 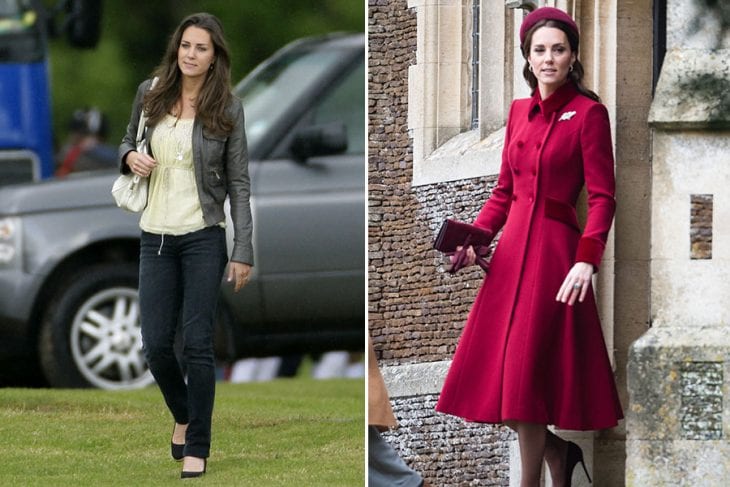 In the past ten years, the life of Kate changed dramatically. During the 2000s, she was a royal girlfriend of a Prince and worked as an accessory buyer at Jigsaw. After this, she briefly worked for the Middleton family business, Party Pieces. Prince William and she announced their engagement in November of 2010, and the wedding took place in August of next year. She then got her title, becoming Her Royal Highness the Duchess of Cambridge. Another life milestone came with the birth of their first child, Prince George, in July 2013. Daughter Princess Charlotte came in May 2015, while the third royal baby of the couple, Prince Louis, arrived into the world in April of last year. Kate serves the royal family as the patron of The Royal Foundation and charities for mental health, children, sports, the arts and more.

Meghan Markle, the Duchess of Sussex 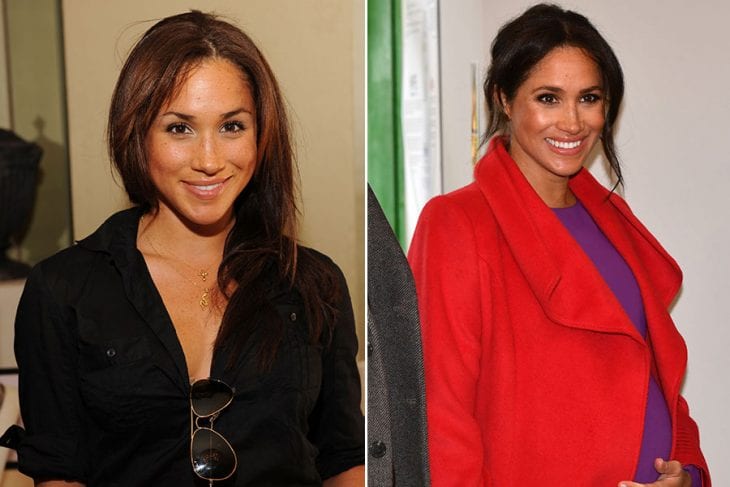 By marrying Prince Harry in May of last year, Meghan Markle became the Duchess of Sussex. In addition, she transformed into a senior member of The Firm. On the family plan, she is awaiting the arrival of her and Prince Harry’s first royal baby, due in April. A decade ago, Meghan was starring in shows like CSI: NY and General Hospital. Her big break came in 2011 with the role of Rachel Zane on the TV show Suits. The beautiful royal was born in Los Angeles, and had pursued an acting career early on. She starred in over 100 episodes of the popular legal drama, before ending her career as an actress when she got engaged to Prince Harry. She also closed her website The Tig, and ended her endorsement deals and charity partnerships. Now, she is fully focused on her royal duties. She is the fourth patron of the Royal Foundation of the Duke and Duchess of Cambridge and Prince Harry. She pursued her first solo project accompanied by her mom Doria Ragland, and Harry, last September. It was a cookbook called Together Our Community Cookbook, featuring recipes from women affected by the fire of Grenfell Tower. She announced her first solo patronages last January, the National Theatre, the Association of Commonwealth Universities, an animal rescue charity called The Mayhew, and a female employment cause called Smart Works. 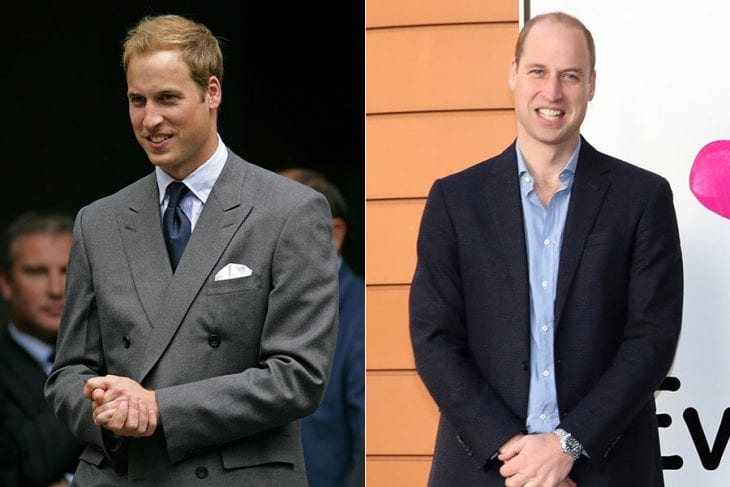 The Duke of Cambridge is perhaps the royal who experienced the most change during the last decade. He received his RAF wings, worked as a search and rescue pilot, and become a part of the East Anglian Air Ambulance charity as an air ambulance pilot. Of course, he married his long-time girlfriend Kate in 2011, and has three adorable children whom we already mentioned. He now lives at Kensington Palace with his family, as they moved from Anglesey to Norfolk and back to London. William serves royal duties his grandmother. 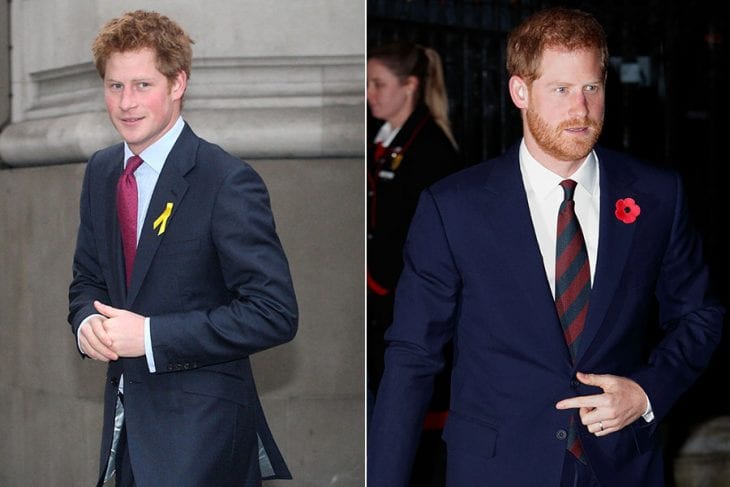 Prince Harry was fully committed to army life ten years ago, as he even went on a tour in Afghanistan. He has the rank of captain in the British Armed Forces, and was deployed to the war zone in 2008 and again in 2012. He officially left the army in 2015, but still supports his fellow men and women through Invictus Games, a Paralympic tournament for the wounded and injured. The games are hugely successful and in at the Toronto event in 2017, he made his first appearance with Meghan Markle. They married in May 2018 and are expecting their first child in April. 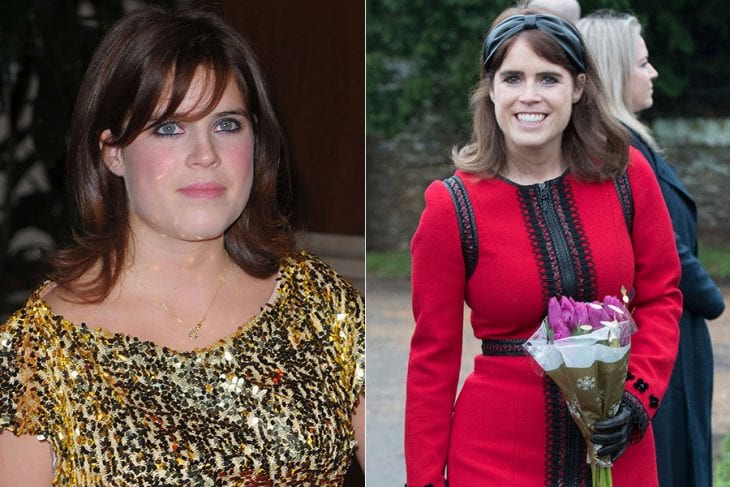 About ten years ago, Princess Eugenie was on her gap year and preparing to study at the University of Newcastle. She had finished school at Marlborough College, the same boarding school attended by the Duchess of Cambridge. At university, she read art history, English literature and politics. It was there that Eugenie met her long-term boyfriend Jack Brooksbank, who she married in October 2018 at St George’s Chapel in Windsor.

In 2013, Eugenie moved to New York for one year to work as a benefit auctions manager at Paddle8. She moved back to London where she currently works for the Hauser & Wirth art gallery as an associate director. 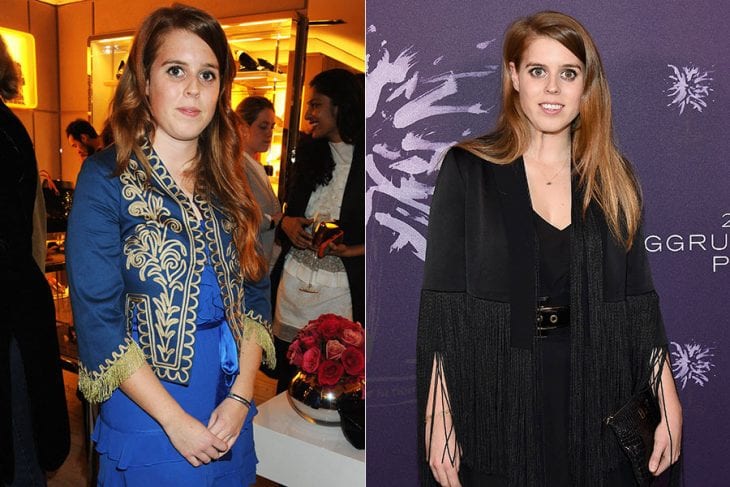 Ten years ago, she was in her first year at Goldsmith College in London, where she studied History and History of Ideas. She graduated in 2011 with a 2:1. Since then, she changed several positions including a job at an IT firm in New York, as well as a patron of Forget Me Not Children’s Hospice. She is the first member of the royal family who completed the London Marathon in April 2010, and the first to appear in a non-documentary film, playing an extra in the movie The Young Victoria. Currently, she is dating Edoardo Mapelli Mozzi, after splitting from her long-term boyfriend Dave Clark in 2016.

Camilla, the Duchess of Cornwall 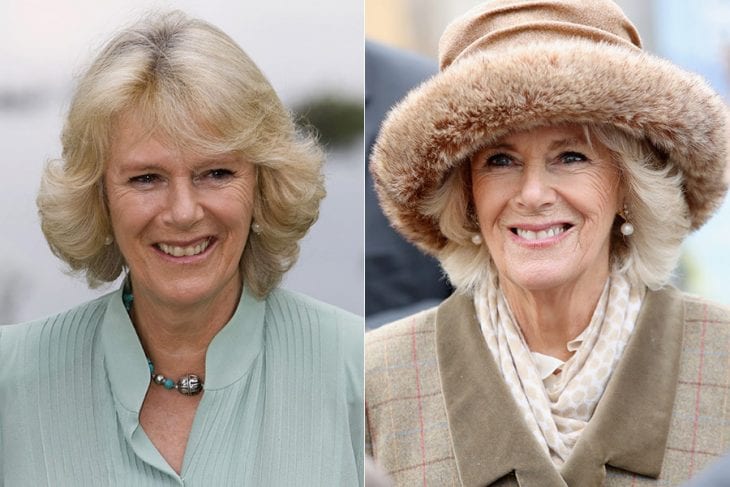 Alongside her husband Prince Charles, Camilla works to represent the royal family in the best way possible. Since marrying him in 2005, she took part in hundreds of engagements both in the UK, and overseas. She has made countless official visits to more than 45 countries and was a part of more than ten incoming visits. She is either a patron or the president of more than 90 different charities. She celebrated her 70th birthday in July of 2017.

Sophie, the Countess of Wessex

Ten years ago, Sophie had her hands full with her younger child, James, the Viscount Severn, who was only a toddler back then. She also has a 15-year-old daughter, Lady Louise Windsor, with Prince Edward. The Countess of Wessex often joins her partner with carrying out official royal duties. They visited the troops in Afghanistan in 2011, and the Caribbean in 2012 for the Diamond Jubilee. She is interested in many different things, and supports people with disabilities, prevention of blindness, agriculture and fashion. She is a patron of more than 70 organizations and charities. 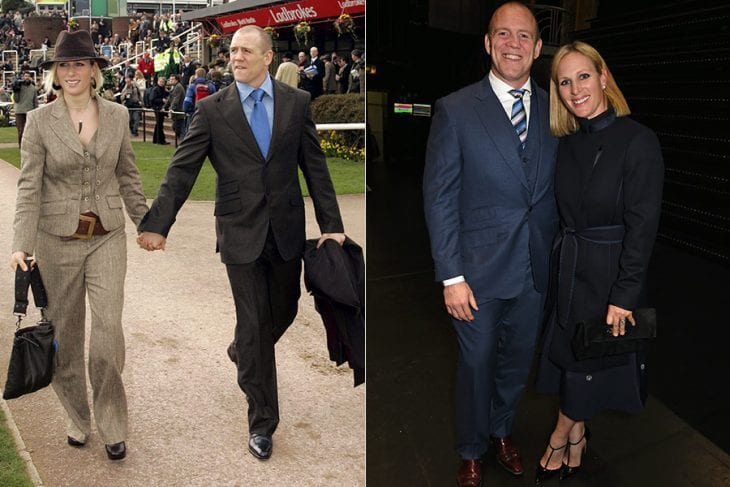 Mike Tindall and Princess Anne’s daughter, Zara Phillips, got engaged in December 2010, a month after Prince William and Kate. They married in July 2011, three months after them, at Canongate Kirk in Edinburgh, Scotland. They welcomed little daughter Mia in 2014, while their second daughter Lena Elizabeth arrived last year. Mia had an important role at Princess Eugenie’s royal wedding, where she was a bridesmaid, along with her cousins Savannah and Isla Phillips, Prince George and Princess Charlotte. 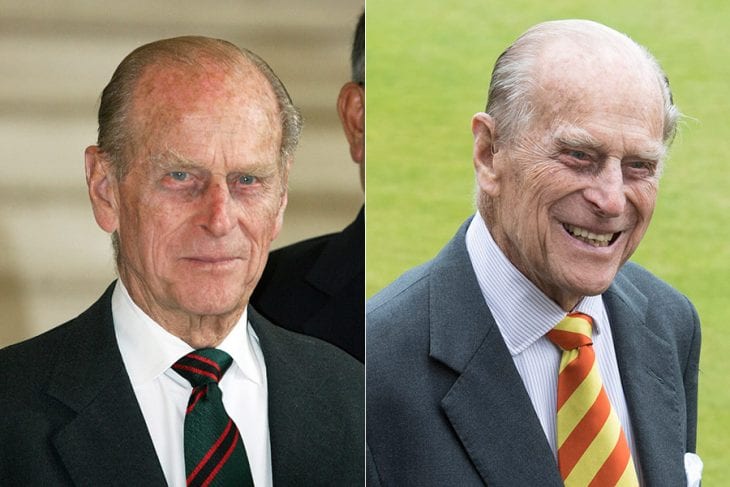 Everyone easily recognizes the longtime Prince as the consort of the Queen, always at her side at all major events like engagements, walkabouts and royal tours. The Duke of Edinburgh is now 96, and was either a patron, the president or a member of over 780 organizations. After 65 years of service, he retired from all official duties in May 2017. His last engagement was in August 2017. Three months after it, he celebrated the astonishing 70th wedding anniversary with his wife, the Queen. She said of her longtime husband, “He has, quite simply, been my strength and stay all these years.” 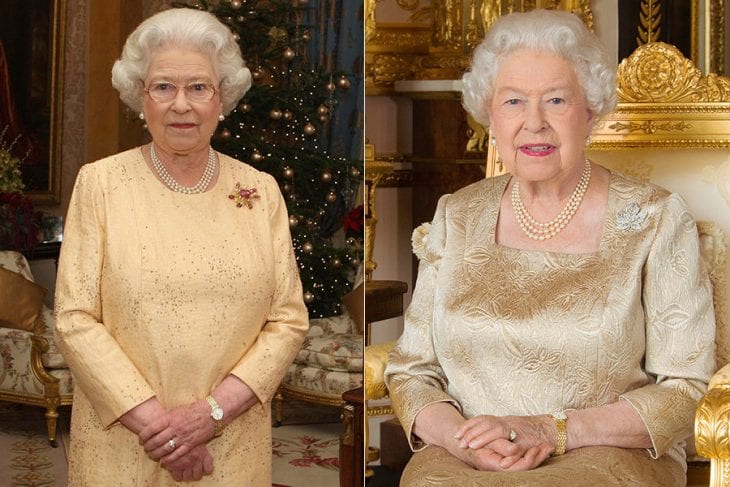 During the last decade, Her Majesty Queen Elizabeth II has celebrated a range of important milestones. In 2012, she celebrated 60 years on the throne with her Diamond Jubilee, while in 2015, she became the longest reigning monarch in the history of her country. Her great-great-grandmother, Queen Victoria, previously held the record, reigning for 63 years and 216 days until her death in 1901. The Queen also celebrated her 90th birthday in 2016, while she and her husband marked their 70th wedding anniversary, the first royal couple to do so. 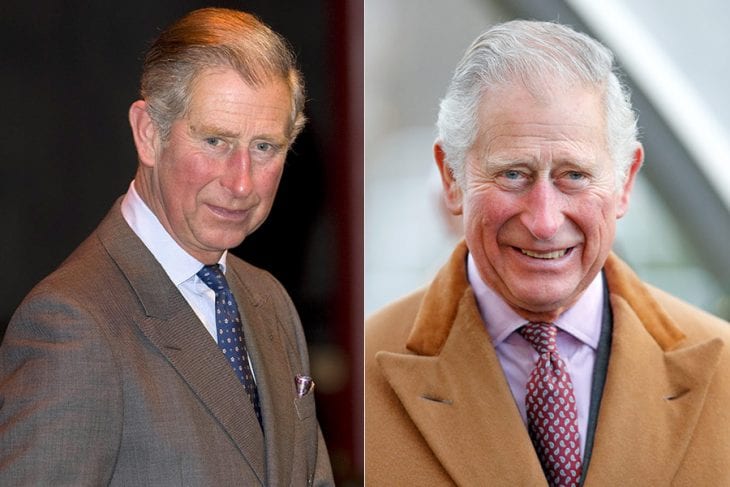 During these years, Prince Charles stepped up for his mother the Queen, carrying out more and more engagements in her name. During the last ten years, Charles visited India, New Zealand, Sri Lanka, Australia, Malta, Serbia, Croatia, Montenegro and Kosovo. He has been married to Camila, the Duchess of Cornwall, since 2005. The future King has been promoting the traditions and virtues of his country for years. He is an environmentalist, and has authored a Ladybird book about climate change in 2017. In 2013, he became a grandfather for the first time, after which he became one two more times in 2015 and 2018, to Kate and William’s children. He is due to become one more time, as Meghan and Harry expect their first child this April. 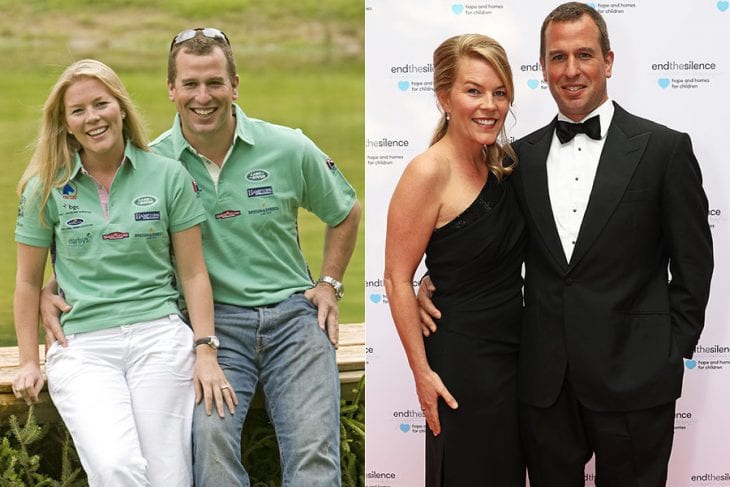 More than a decade ago, the oldest grandchild of the Queen, Peter Phillips, announced his engagement to his Canadian-born girlfriend, Autumn. The got married in May of 2008 at St George’s Chapel of Windsor Castle. They welcomed their first child, who was also the first grandchild of the Queen, daughter Savannah, in December of 2010. Isla arrived in March of 2012. During the wedding of Princess Eugene, the two young royals served as bridesmaids, alongside Prince George and Princess Charlotte.

There you have it, the most important members of the Royal Family and how they changed during the past 10 years. We are sure than in the next ten, their lives will become even more intriguing and fulfilling. They have a lot to look forward to, as many great changes await!

How to use an interactive analog clock?

Why And How Lilly Singh Should Be Your Inspiration