Paramount has pushed back the release of the sixth ‘’Terminator’’ to November 1, 2019. The movie will face Sony’s reboot of ‘’Charlie’s Angels.’’

After Warner Bros moved the date of the release of “Wonder Woman 1984” back to June 6, 2020, the date was left empty, so these two movies decided to fill the empty slots.

The first time Paramount changed the date of the ‘’Terminator’’ from July 26, 2019, to November 22, 2019, was not so long ago. Arnold Schwarzenegger and Linda Hamilton will return as the Terminator and Sarah Connor.

Skydance and series creator James Cameron will be in the production of the movie. This movie will also celebrate the fact that the trio, who consists of Hamilton, Cameron, and Schwarzenegger, are working on the same project. The first one was back in 1991, on “Terminator 2: Judgment Day.”

The plot is still unknown, however, Cameron revealed that the sixth installment will be a direct sequel to “Terminator 2: Judgment Day.” 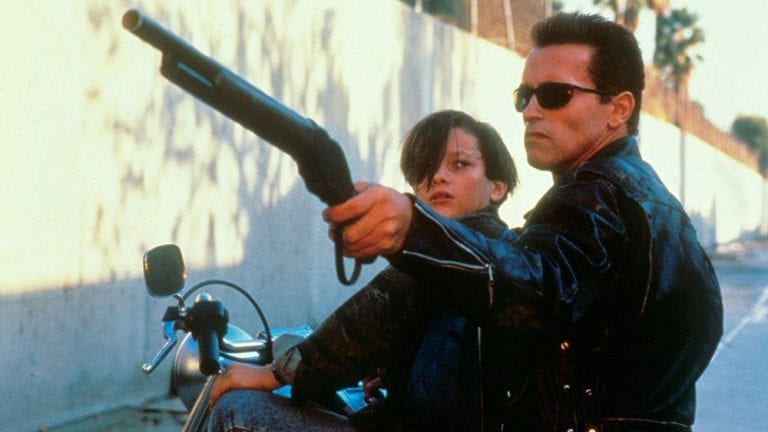 Hamilton played the role of Sarah Connor in the first two installments, with the first one being “The Terminator,” in 1984. Sarah Connor was a waitress, and Terminator was sent from the future to try and kill her so that he could stop her from giving birth to a baby that will save humans.

Kristen Stewart, Naomi Scott, and Ella Balinska will star as Charlie’s Angels, who are doing business for a detective agency. Elizabeth Banks will direct the movie, and also play their unseen boss, Bosley. Patrick Stewart and Djimon Hounsou are given the roles of the other two Bosleys.

Rihanna Might Have Made Up a New Trend of Black Lipsticks!

Here Is What You Need To Know About...