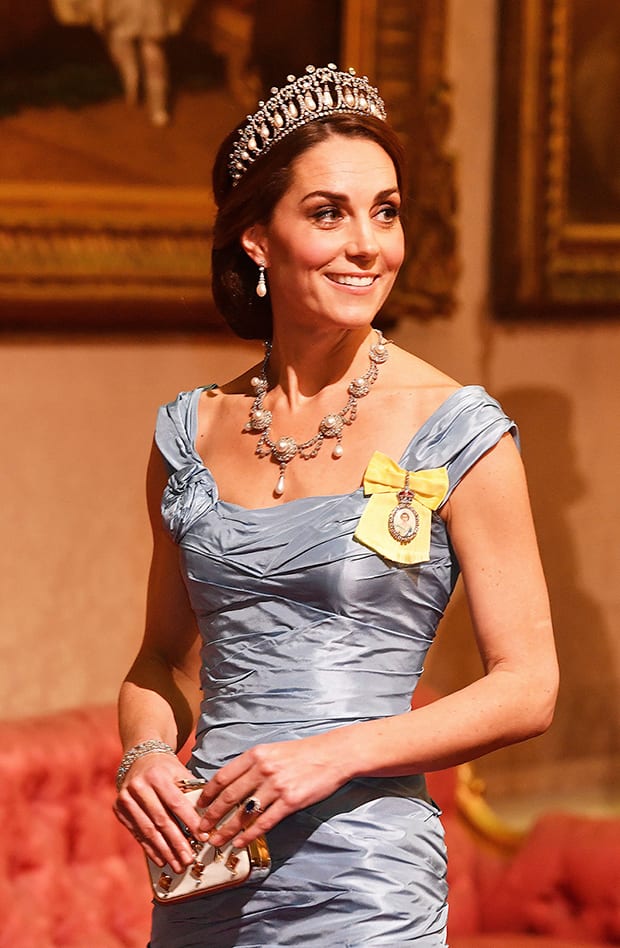 Kate occasionally wears Princess Diana’s iconic tiara. The first time she wore it was at the Queen’s annual Diplomatic Reception at Buckingham Palace in December 2015. The Duchess of Cambridge was seen on various events dressed as her late mother-in-law, whether it was the coat with patterns resembling the one’s Diana used to wear, to the same colored dresses.

Kate seemed pretty happy at the banquet while flaunting her stunning style, and it seemed like she was really having a great time at the banquet. Queen Elizabeth, 92, and Prince Charles, 69, also participated in the occasion, which celebrated the first visit to the UK by a sitting Dutch monarch in 40 years.

Around 150 guests attended the banquet, the Queen took this chance to talk about relevant matters, such as Brexit, the “new partnership” between Great Britain and Europe. She expressed how she looks forward to seeing what the new partnership will deliver and thinks the values that the UK and the Netherlands participate in “are our greatest assets”. 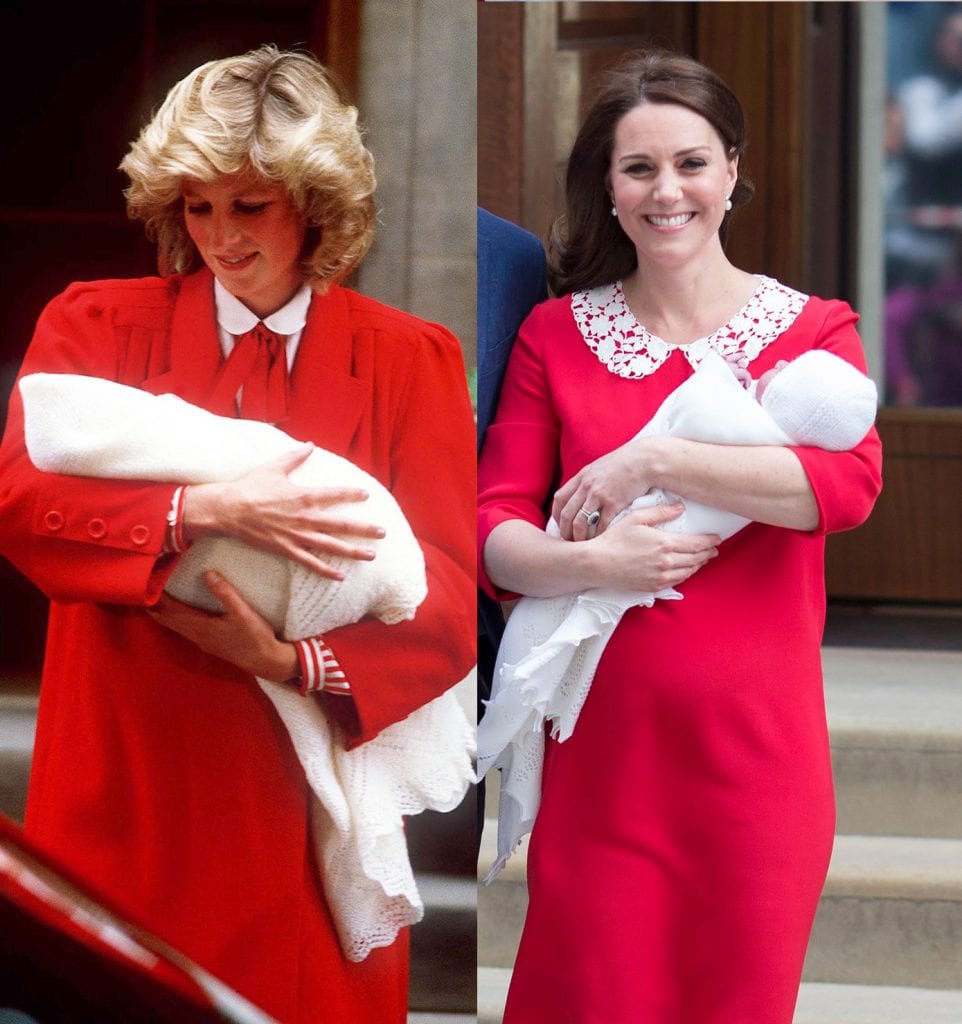 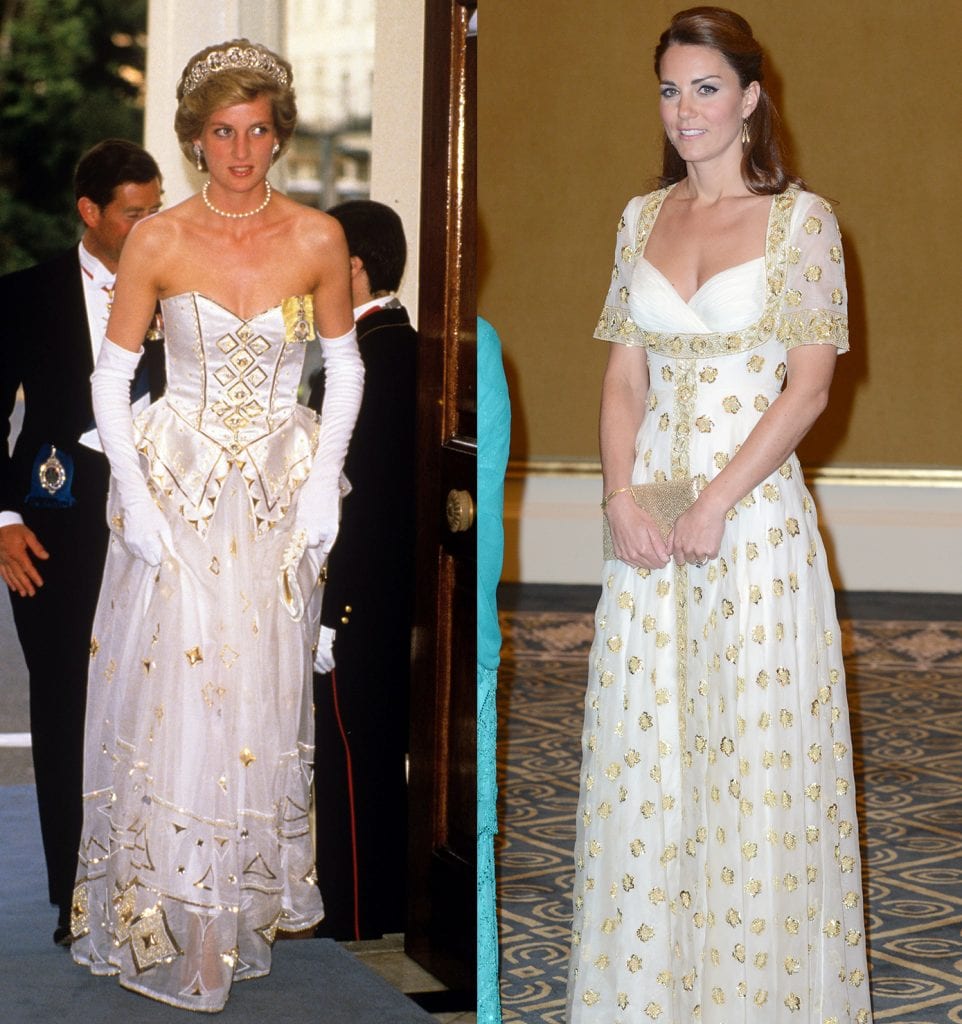 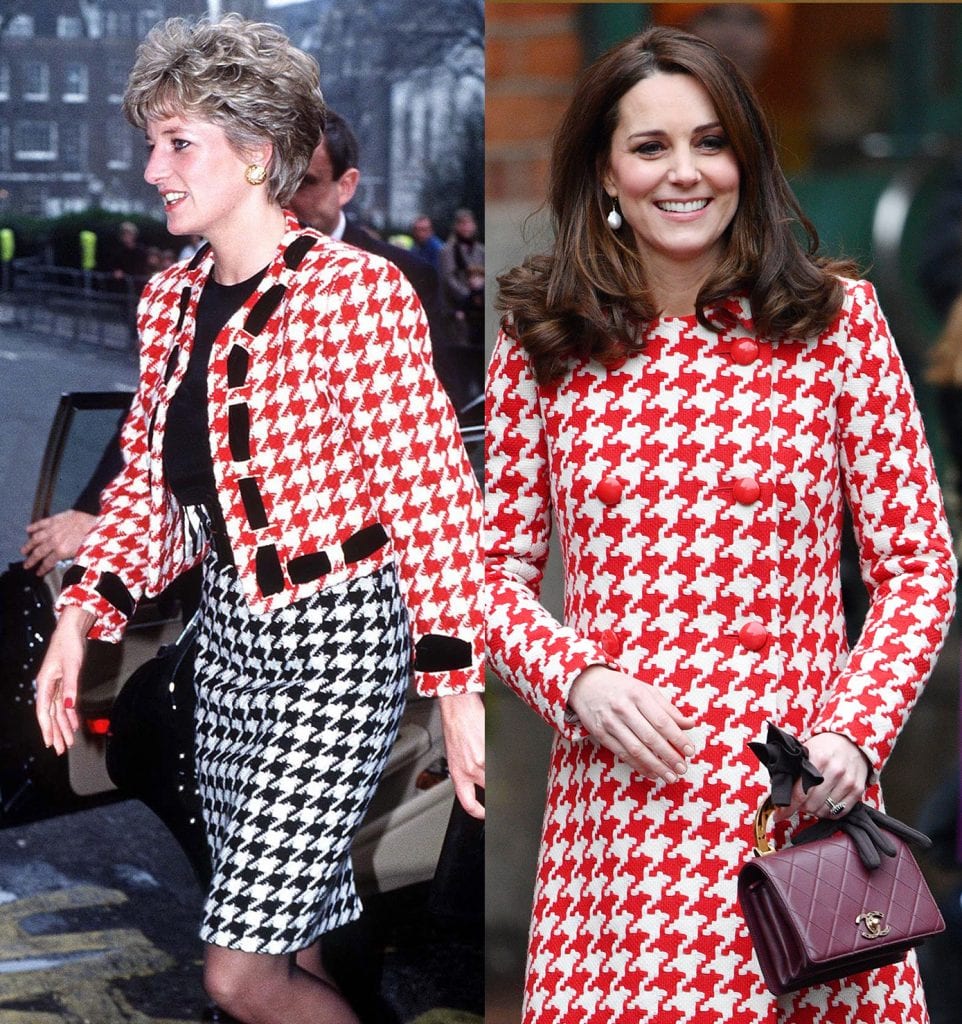