Makeup is one of the greatest inventions of all-time. A talented makeup artist can turn a face into a canvas and create a work of art. Just ask this guy who turned himself into the Game of Thrones characters with makeup and #nofilter. Paolo Ballesteros, a makeup artist and actor, debuted his looks on Instagram and instantly racked up a ton of likes.

He focused on a few of the fantasy series’ most famous ladies, including Daenerys, Sansa, Cersei, Arya, and Margaery and posted before and after pics, as well as close-ups to highlight the extreme detail he put into each look. It’s crazy to see a person use makeup to create a whole new damn face when some people (me) can’t do basic makeup looks.

Paolo has been a master of makeup for a while now. He rose to fame back in 2014 by posting photos on Instagram of himself mimicking the looks of female celebrities – Kim Kardashian, Kylie Jenner, and a scarily spot-on Dakota Johnson. Now, Ballesteros boasts 1.7 million followers on Instagram and has found additional fame through his unique talent. He revealed his process to Mashable and says he starts by studying photos of a character in different lighting to get a feel for their unique facial characteristics. Then, he finds the perfect wig in his collection, or purchases one, and shapes it into a style. This is followed by sketching his face with an eyebrow pencil and starting to work from the eyebrows down. 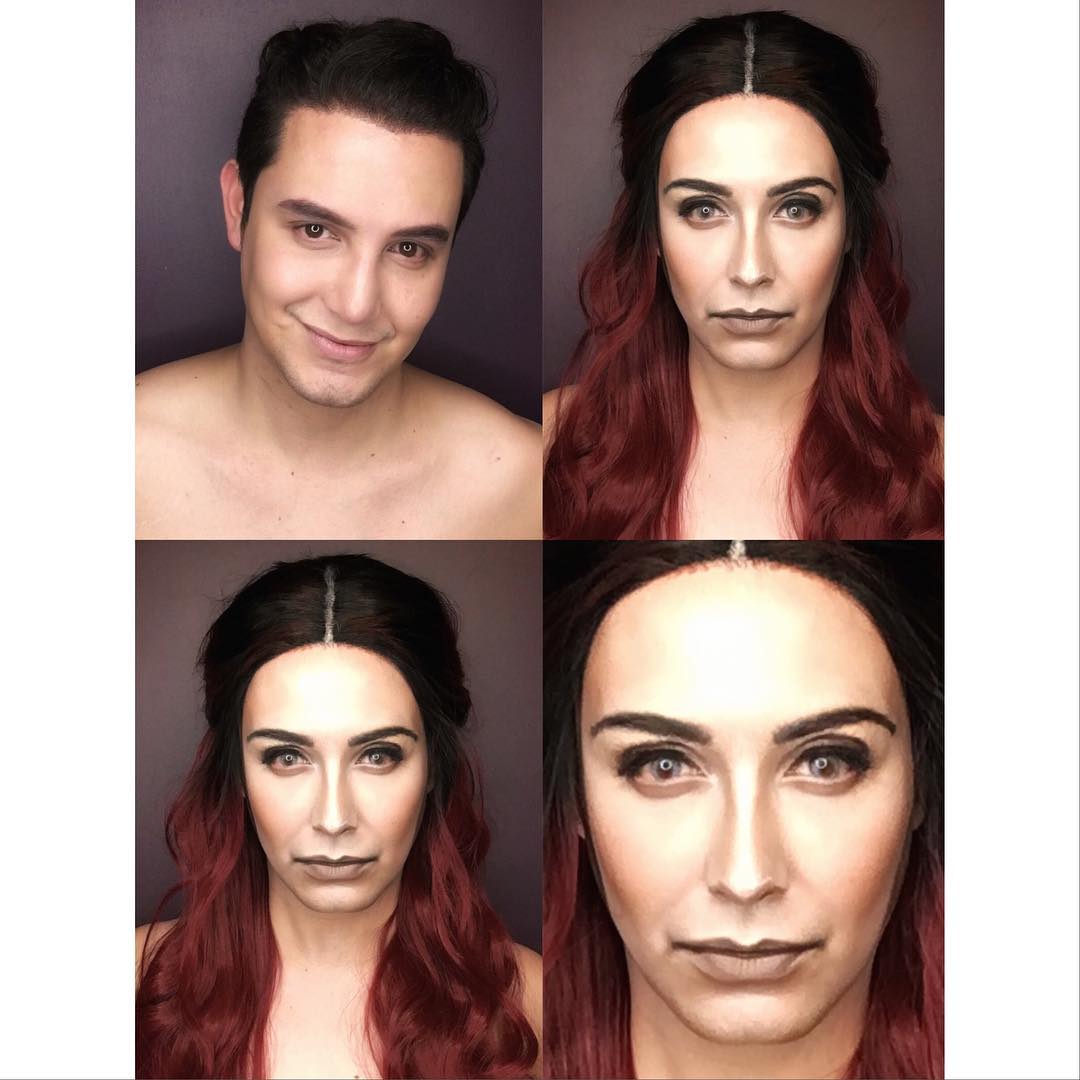 Paolo hasn’t revealed how much time it takes to perfect his looks, but it’s probably a time-consuming feat that he does simply for the love of makeup (and applause).

Even if you aren’t a fan of Game of Thrones, you have surely seen these faces in some random TV listicle or commercial, and the looks are damn good. Imagine walking down the street and seeing someone who looks exactly like Khaleesi coming your way. It’s enough to both scare and confuse you for the rest of the day. 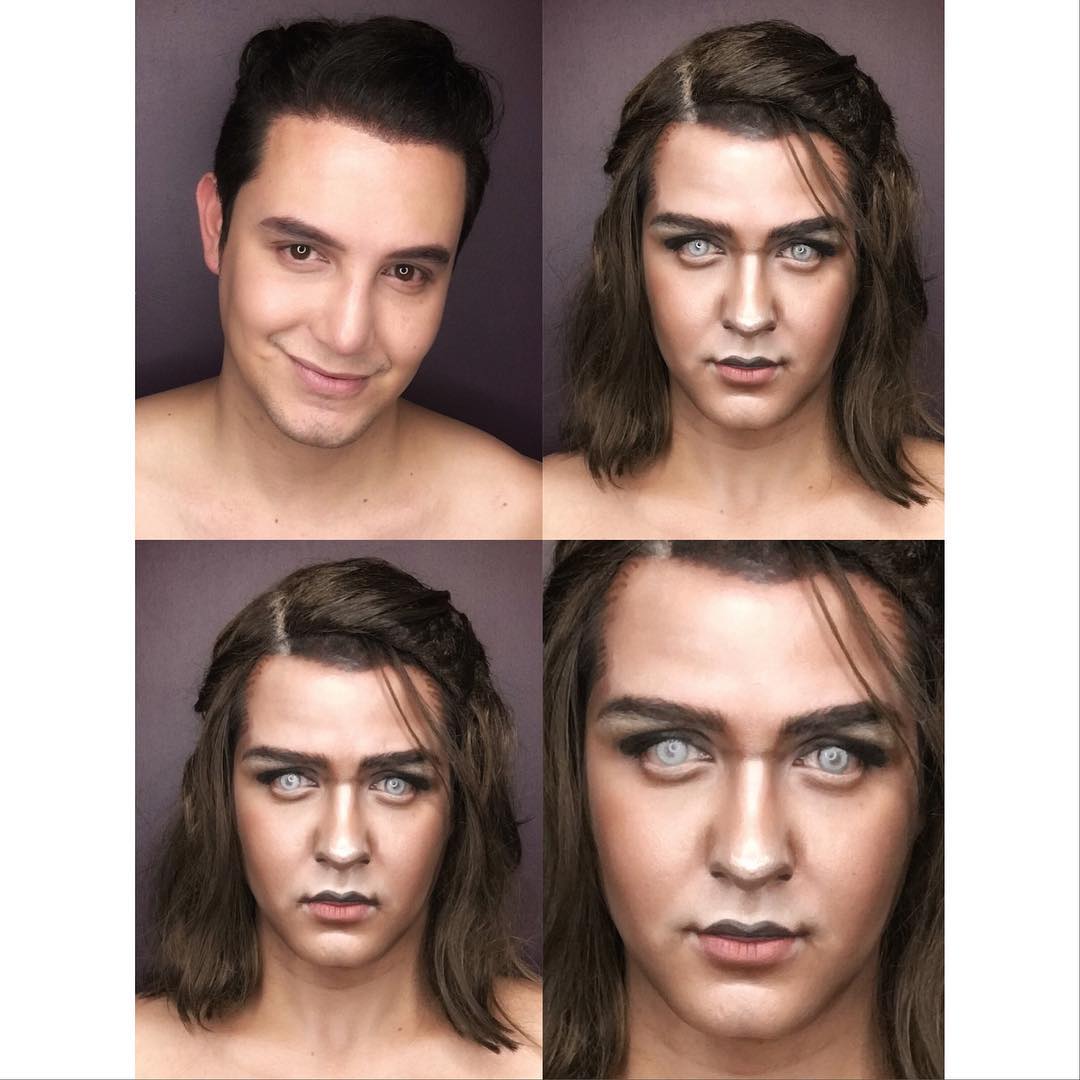 Paolo isn’t the only makeup artist known for his extreme skills. In 2014, Magali Beauvue, a gorgeous French makeup artist, made a kinda creepy video of herself as J. Cole, Drake, Trey Songz, and a host of other celebrities. Beauvue stared into the camera and copied the facial expressions of her subjects to really bring her artwork to life. The video was picked up by TMZ and went viral as viewers were equal parts disturbed and wowed by her talent.

Speaking of Drake, his face seems to be a popular one to create on faces of all ages. The same makeup artist also used her skills to turn a 5-year-old boy into a mini Drake, complete with dance skills. 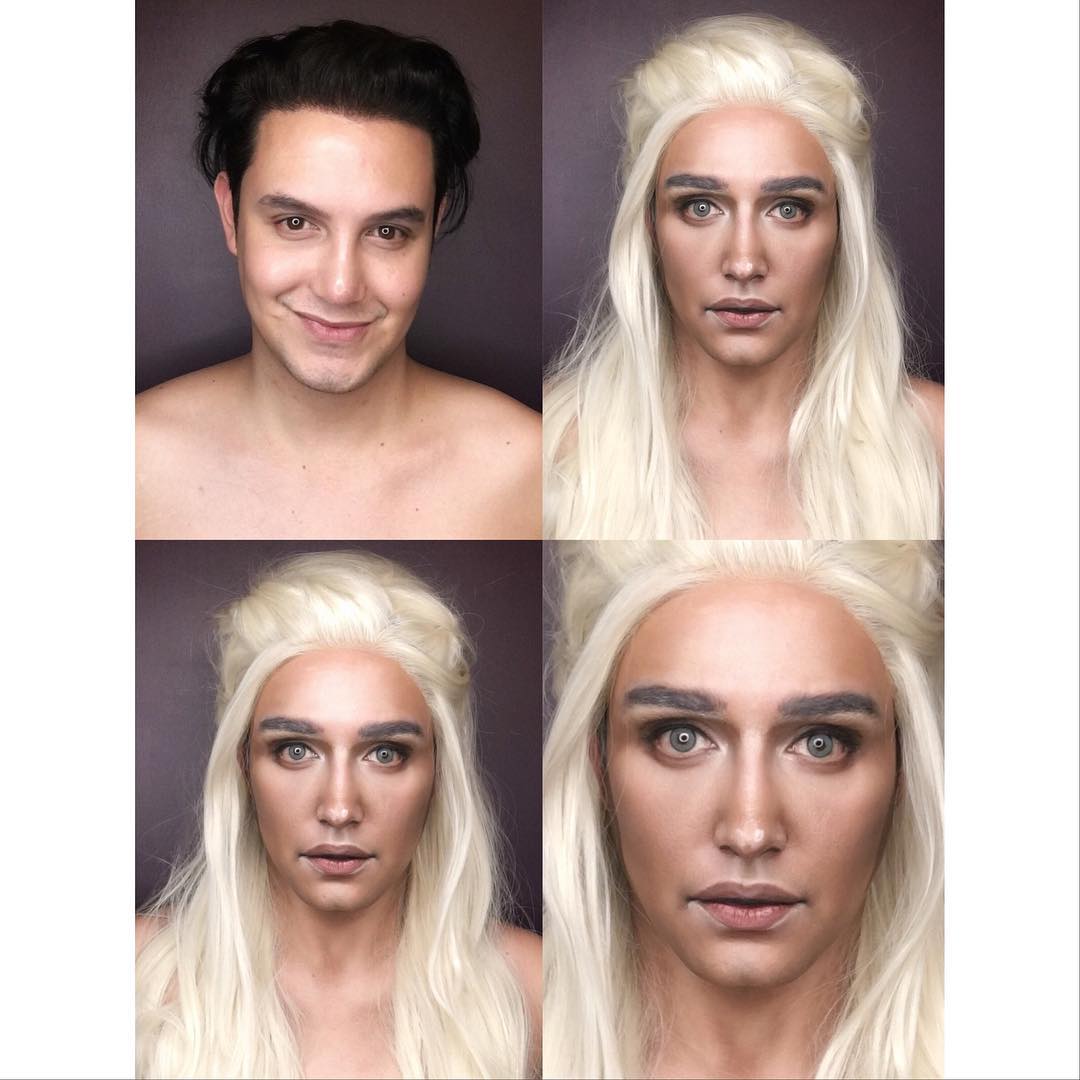 Teach me your ways, makeup gurus.