Tiger Safari in India: Time to Visit the Wildest Corners

Tiger symbolizes strength and bravery. They are the rulers of the jungle and dominate the entire region by their power. The Bengal tiger is the most popular species found in India. The giant paws, fearsome eyes, dark vertical stripes, orange-brownish fur, strong canines, and a high-pitched roar is enough to define this mammoth creature. India has a monopolistic share almost 75 percent of the world’s tiger population is present in India. It becomes a fine reason to spend your hard-earned money on a trip dedicated to lively visualize the tiger safari locations of India.  During your rail journey to these exotic safari locations, passengers can check their train schedule and other journey related queries through the RailMitra app.

India is home to a number of Bengal tigers along with other fascinating wildlife. In the past years, it has been noticed that the number of tigers had dwindled in India, but still, people are more interested in watching these big wild cats in their natural habitat. The number of visitors in the national parks has also increased for tiger safari. Tiger safari is the most adventurous and incredible travel creating memories forever. Beside tiger spotting, you can also sight thousands of exclusive flora and fauna species. Tiger safari in India has attracted wildlife enthusiasts from all across the globe. It is an incredible privilege to behold these glorious and extremely sporadic big cats in the wild. 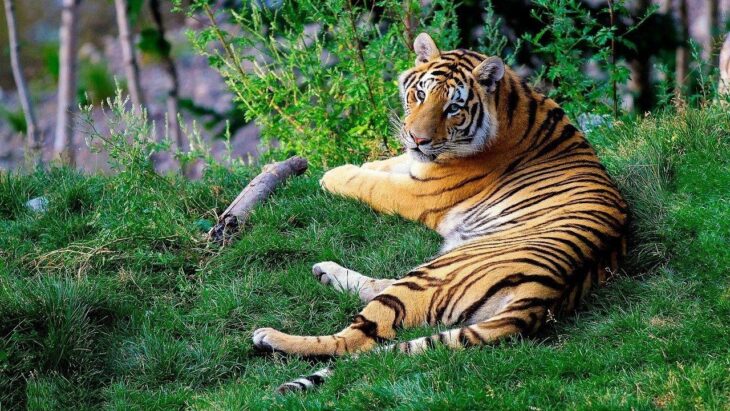 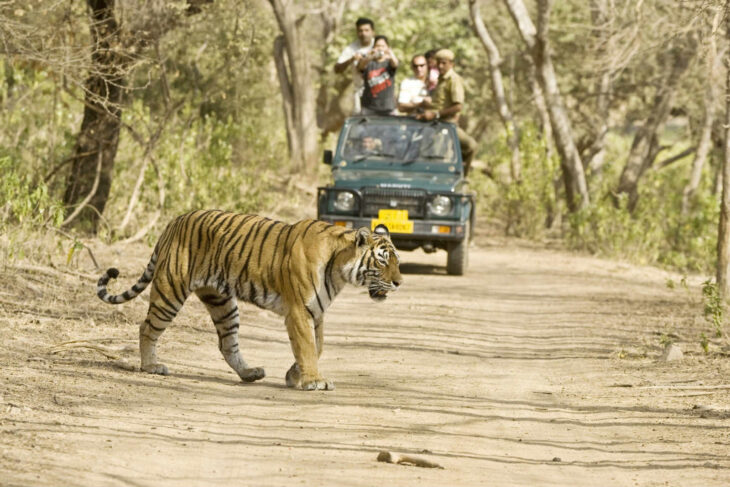 Bandhavgarh National Park is a wildlife sanctuary located in the Umaria district of Madhya Pradesh. This reserve has the highest density of tigers. The park is expanded over the area of 100 square kilometers. It is home to more than 60 tigers. The park is known as the land of the white tigers.  The park signs’ Welcome to the Land of Tigers’ means the large park welcomes everyone across the globe. Other animals in the park include chital deer, sambar deer, barking deer, wild boar, nilgai antelope, four-horned antelope, Indian Bison, wild dog, leopard, blue bull, Indian fox and bear. Your train journey to Madhya Pradesh would be incomplete without tasty and hygienic food. You can order food from the RailMitra App in train and relish your foodie mood. Another best option is to order food in train Railrestro, in which an IRCTC e-catering partner is providing restaurant food by train.

Notable Tip: Hire a car for a trip to Bandhavgarh Fort.
Special attractions: Bandhavgarh fort is 600 m away from sea level on a cliff overlooking the Vindhya Mountains.
Best time to visit: The Park is open from November to June, but the best time to see tigers is from April to June.
Location: Madhya Pradesh 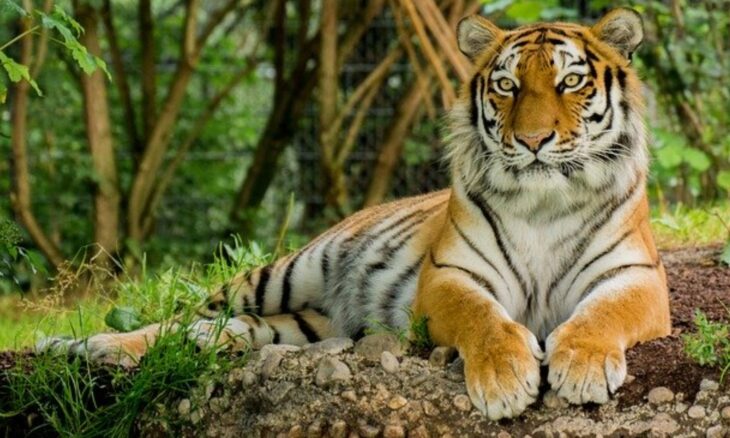 Most of the photographs of a tiger shot in India are mostly taken at Ranthambore National Park. It is one of India’s largest national parks spread over 1334 square kilometers. Ranthambore is the most-preferred for wildlife photographers. One of the most interesting features of the park is that it’s dotted with ancient traces, including a fort where tigers and leopards are often spotted. The park is also home to several leopards, jungle cats, hyenas, Indian foxes, jackals, and crocodiles. The park is evident to have the longest-living tigress of the world. The queen of the park, name “Machli,” passed away at 20 years of age, which was higher than the average lifespan of 10-15 years. The tigress won a lifetime achievement award for a top tourist attraction and playing a grand role in conservation.

Notable tip:  The Park is closed during July, August, and September for the monsoon.
Special attraction: The Park has three lakes, Padam Talao, Raj Talao, and Milak Talao, where wildlife tends to congregate. Tigresses and cubs are often spotted in dense forest cover and small watering holes in the Bakaula area.
Best time to visit: The park is open from October to May. The ample chances of perceiving a tiger are in April and May.
Location: The Oberoi Vanyavilas Ranthambore, Ranthambore Road, Rajasthan. 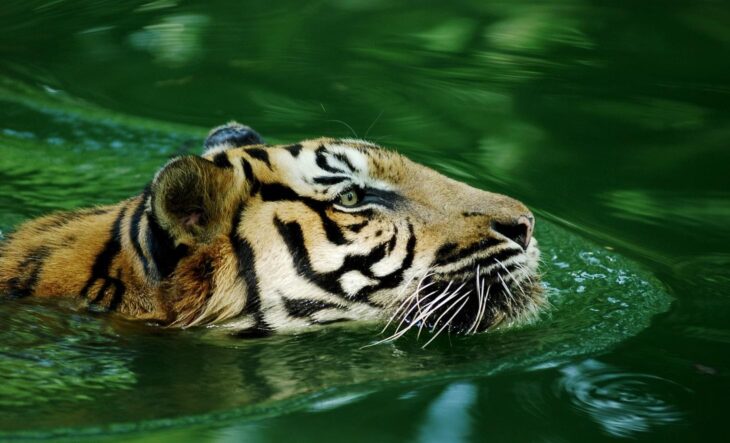 The attractive Kanha National Park takes a leaf out of Rudyard Kipling’s “The Jungle Book.” The park has large open meadows where chances of spotting tigers are high. Kanha is also dwelling to the barasingha, which is an endangered species of deer, which is only found here. Other animals regularly sighted here include chital, gaur, three-striped palm squirrel, jackal, wild pig, blackbuck, leopard, mouse deer, porcupine, chinkara, sambar and ant-eating pangolin. You can also experience a tiger show where elephants are trained to block tigers, and the tourists can enjoy them. Kanha is one of the most astonishing tiger reserves in India. Elephant safaris can also be a good source of entertainment at Kanha, Mukki, Kisli, and Sarhi zones of the park.

Notable tip: Book an early morning Elephant safari from the Mukki entrance, which has fewer tourists.
Special attraction: Large open meadows where the animals roam around candidly.
Best time to visit:  The best time to spot tigers is during the summer months from April to June.
Location: BanjaarTola, Kanha National Park, Madhya Pradesh 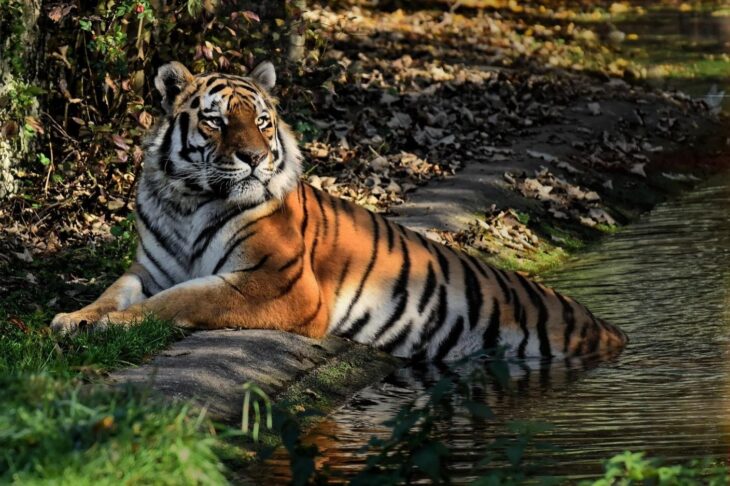 The Jim Corbett National Park is one of India’s oldest parks. It is settled in the foothills of the Himalayas. Corbett is in 500 square kilometers and has a wide variety of terrain, from Sal forests to marshes. You can also spot leopards, jungle cats, fishing cats, sloth bears, jackals, Bharal, goral, Himalayan tahr, serow, chital, sambal, and barking deer in Jim Corbett. It is also called “Elephant Park” because of the large number of wild elephants, and the ‘Ramganga River’ is one of the best places to spot them. The Bijrani zone of Corbett is the highest density zone of tigers. In the Jhirna zone, visitors spot tigers more frequently.

Notable tip: On the eastern side of Corbett, Biryani has numerous grasslands and water bodies that tend to attract tigers and their prey.
Special attraction: The Park has huge grasslands and watchtowers from where you can detect the wildlife around you.
Best time to visit: Corbett Park is open from October to June. But the best time to spot tigers is from March to June.
Location: Jim’s Jungle Retreat, Village & PO Dhela, Ramnagar, Uttarakhand 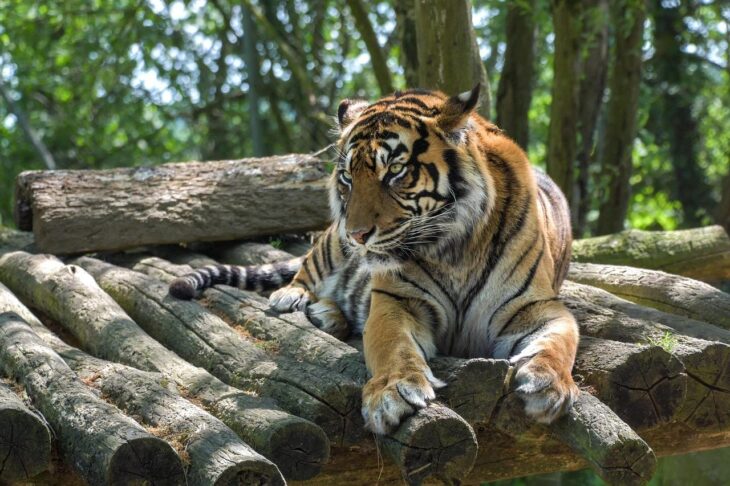 The Rudyard Kipling’s famous writing “Jungle book” got its inspiration from this jungle. The majestic Pench River flows through the greens, and a variety of wildlife is spotted in the rocky terrains of Pench national park. It is a residence of a variety of flora and fauna and is one of the most admired national parks in Central India. The serene surroundings of rich wood with the vision of wild animals make this national park an ideal tourist spot. More than 1300 species of plants have been traced at Pench National Park, amongst which consist of some of the dying and endangered plants. The river flowing in the midst of the national park and the surroundings create a peaceful environment that is bound to leave a permanent impression on the minds of the tourists. The national reserve is habitation to about 33 species of mammals, 50 species of birds and 30 species of reptiles. It holds 43 tigers within its boundaries. The lake regions are usually the common sites for spotting tiger. 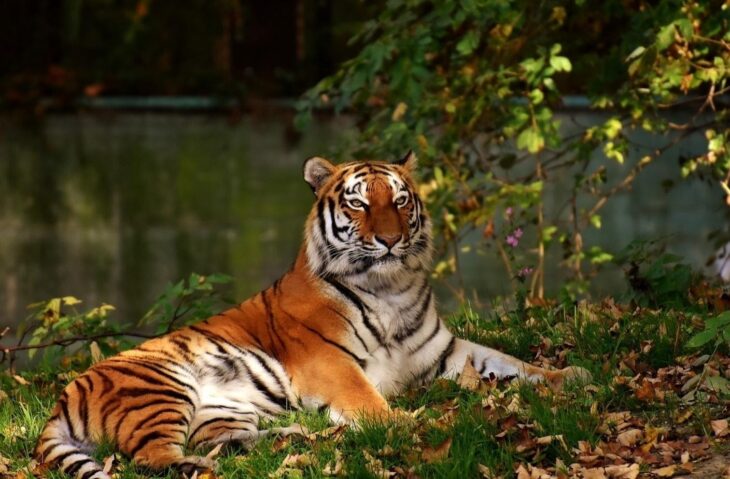 It is one of the oldest tiger reserves in Maharashtra. This densely forested hill makes up the picturesque boundary of the deep valley extended in the meadows and lakes. Tadoba Tiger Reserve is the biggest National Park in the state of Maharashtra. With the growing number of Tigers finding their pleasant in the wilderness, the authorities are trying hard to make your visits reasonable. In the heart of central India, Maharashtra deserves a visit for what it has accomplished. It has excellent bird watching opportunities with about 200 species of birds, including the crested serpent eagle, the grey-headed fish eagle, and the changeable hawk-eagle. The best region to spot the tiger is the Mohurli gate region.

Notable tip: With Tigers being easily spotted in the region, an open gypsy, a special bus, and trained guides would make sure to fetch you a solid experience.
Special attractions: One of the attractive jungles of central India
Best time to visit: March to May.
Location: Chandrapur, Nagpur, Maharashtra 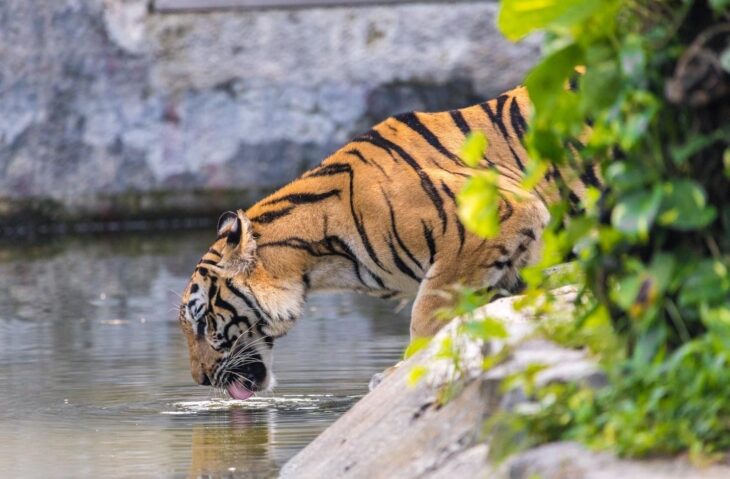 It is named after the Nagarahole river of Karnataka. Nagarhole National Park is the other side of the Bandipur National Park isolated by the Kabini River. The Brahmagiri Mountains is encircled by the aroma of the Teak and Sandalwood. The waterfall, rivers around the park make the park famous for various activities like hiking and river rafting. The place is the perfect destination for a thrilling experience. Nagarhole is said to be one of the safest and guarded places for Indian Tigers. Living in a composed environment, these tigers can feel the natural tranquility in reserve.
Notable tip: Apart from the tigers, the national park is also famed for its large population of elephants.
Special attractions: The national park is also the haven for birdwatchers as about 270 bird species consider it their home.
Best time to visit: October to April
Location: Mysore, Karnataka 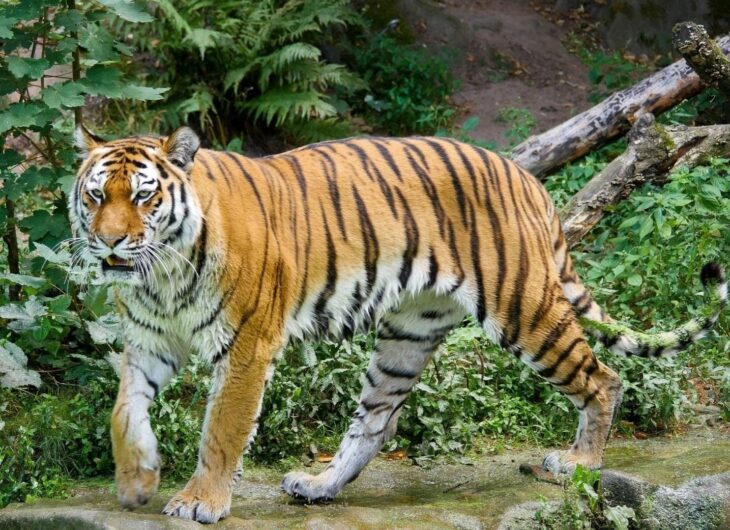 5 Most Popular Skincare Trends To Watch For in 2022

8 Best DIY Maintenance Routines for Your Car in 2022