The T1 Tact Watch brand has announced upgrades to the internal technology of their original smartwatch model. The ‘James Bond-like’ wrist wear which looks like a vintage 1990s sports watch, has been modified underneath its gorilla glass crystal to have stronger Bluetooth connectivity. The tech improvement focuses on the current generational demand for instant notification of new messages on social media apps. It makes sure watch-wearers get fast updates from friends and family on Facebook, Snapchat, Instagram, Twitter, WhatsApp, and other popular applications.

“We want to perfect this watch as it’s the base model for all to come. Thousands of the T1 Tact Watches are out in the world now and hopefully, this will help us reach millions of people,” says brand owner Rodrick Rainey.

A complete listing of apps the watch can connect with is not listed on their website, but if it works with Apple or Samsung smart devices, it should work with the T1 Tact Watch as well. Priced beyond fairly, this jet black smartwatch is one of the few with such internal gizmos and gadget functions that global markets can afford. 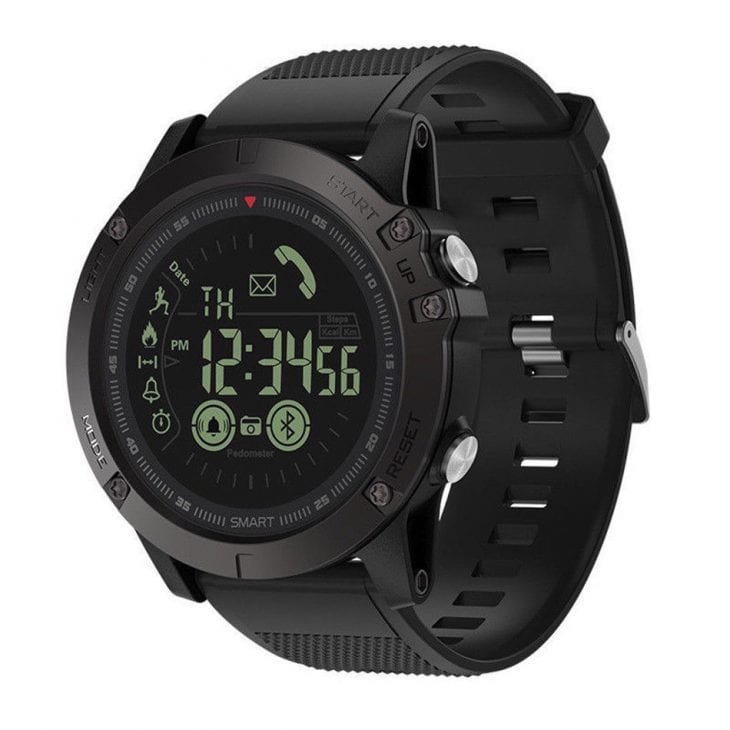 Other features of the Tact Watch include a calorie counter, stopwatch to time an event, pedometer to count steps of walkers and runners, alarm clock for waking up, remote control for your smartphone or device’s camera, calendar with the date and day, and phone call alert. The exterior of the watch is made of an extremely durable carbon-mix coating and a gorilla glass crystal face that a 22-caliber gunshot did not break through in tests.

Durability tests of the watch are being shared on the company’s website and social media. While only underwater tests were exemplified so far, a drop-test video has been announced on Twitter. The gunshot videos are planned for use in an upcoming promotional campaign for Instagram and Facebook.

The suggested retail price of T1 Tact is $74.99 (USD). The smartwatch brand’s New Year’s 2019 sale recently ended but there is a $5 coupon code featured on their Facebook ad campaigns.

Founder of the brand, Rodrick Rainey, is a trailblazer in the Streetwear and Hip-Hop fashion markets. He founded the first Urban fashion news website, Sojones.com, in 2002. It led to him working with the brands of many A-list celebrities. Clothing brand labels by Jay-Z, Nelly, Kimora Lee Simmons, Diddy, Jennifer Lopez, 50 Cents, Raymond John, and a plethora others used his website as the official source for connecting to the world and finding out what’s cool.

Rainey and designers are in route to extending the T1 Tact collection for 2019. More color variations will be released, possibly in conjunction with Hip-Hop superstars. These ‘pop culture-themed’ watches will still be fit for the lifestyle of successful individuals who love adventure and foreign travel. Prices of the new smartwatches are yet to be announced but expected to range between $99 and $150.

Why You Should Buy A Smartwatch