A large enough truck has the capability to transport anything from simple groceries such as milk, bread, sugar, etc. to cars, pickup trucks all over the world. Thousands of trucks are always on the road all across the United States. However, a lot of these trucks either have a huge metal container that is used to protect the cargo while others use a tarp that has to be manually setup every time a new shipment of goods needs to be stored on the truck. To make the whole loading process much easier and faster, truckers and truck companies have the option to get an automatic tarp system to cover their cargo. There are various types of tarp systems truck companies can choose from.

These automatic tarp systems can do a lot more than just speed up and ease the loading process. This type of system can also be a much safer option for the cargo than regular manually adjusted tarps and improves the safety of other drivers around the truck. As a driver, you must ensure that you keep the roads and the drivers around you safe, it is not just about you and your cargo.

So if you are considering whether you should switch to an automatic retractable or rolling tarp system, here are some of the reasons why you should do it.

Difference between automatic and standard tarps

Standard and manually added tarps are made from much sturdier material which means the tarp is overall much heavier than the one that is used in automatic ones. They are heavier because they need to be held in place with hooks or straps and for them to withstand extreme weather conditions so the cargo can stay safe. Depending on the size of the truck, the tarp can weigh more than 100 pounds which can sometimes be impossible for the driver to strap on the sheet by himself. Not only is it harder to secure It in place, but it adds to the total weight of what the truck can handle which results in 100 pounds (weight of the tarp) of goods less.

Retractable or rolling systems are placed on rails so they can be easily pulled or pushed so the truck can be uncovered. There is no need for the driver to endanger himself and to climb on top of the truck. 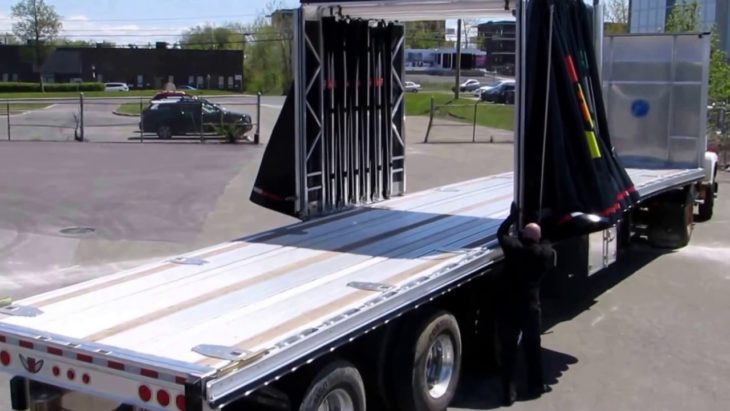 Having to manually place a tarp every time a new set of goods needs to be added into the truck is not a simple task. The driver must climb on top of the trailer to get the sheet over it and then pull it over the whole truck. Then, the trucker must ensure that every side has enough tarp length so he can properly secure the sheet onto the truck. If everything is done correctly, then the installed tarp will handle anything.

While these tarps do work as intended and keep the cargo safe during travels, placing this type of cover can take up to several hours. The time for this whole process can even take longer depending on the weather conditions outside and the capabilities of the driver. If the driver is older, it might be harder for him to handle such a heavy piece of tarp. When using manual tarps you also have to consider the risk that not everything is installed properly which can result in a detached tarp and damaged goods. This can cost a company a lot of money, or if a trucker is working independently, they will have to pay from their own pocket.

According to brumleveind.com, standard tarps can get torn much easier because of heavy winds or other extreme weather while tarp systems are much sturdier and cheaper to replace.

A lot of truck companies consider getting a rolling tarp system because not only you have to install it just once on the truck, but the whole process of uncovering and covering the trailer takes just a few minutes. Both the goods and the driver will be safer. 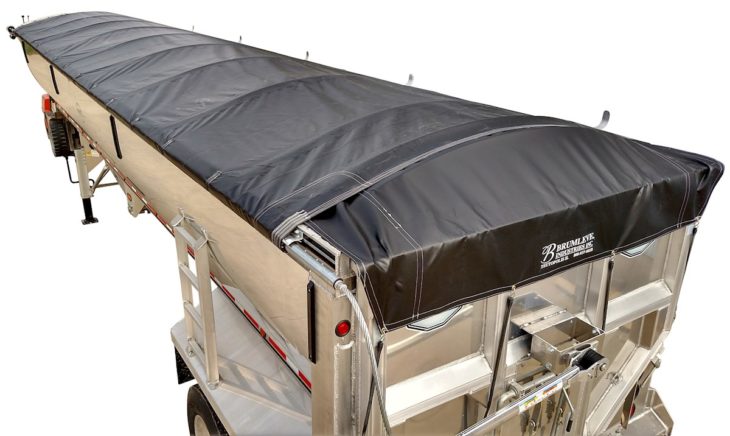 Much safer and fewer chances of an injury

Another reason why a lot of companies are switching to this type of system is because it is much more secure for goods and reduces the chances of an injury. Working with such heavy tarps there is a good chance that the trucker can suffer an injury. If you want your truckers to be loyal and stay with you for years, you have to consider their age and that such heavy tarps may do some serious neck and back damage over time.

It is well known that after 50 there is a much bigger chance to develop back or neck problems. A lot of people after the age of 55 have a bigger chance of dislocating a disk or developing a degenerative disc disease. The muscles and joints are also much weaker and less flexible which means that the bones in such a body do not have a lot of support. A worker suffering from such problems may experience serious injuries when handling a heavy tarp to manually attach it onto a trailer.

Every person has different levels of strength. This means that there might be a trucker who won’t have enough strength to properly strap the tarp to the trailer which increases the chances that it can detach during transportation. If the sheet detaches from the trailer during high speeds the cargo might get damaged or worse the sheet may fly away and cause serious vehicle accidents. If you want to avoid being liable for such traffic accidents, you should definitely get a rolling tarp system. 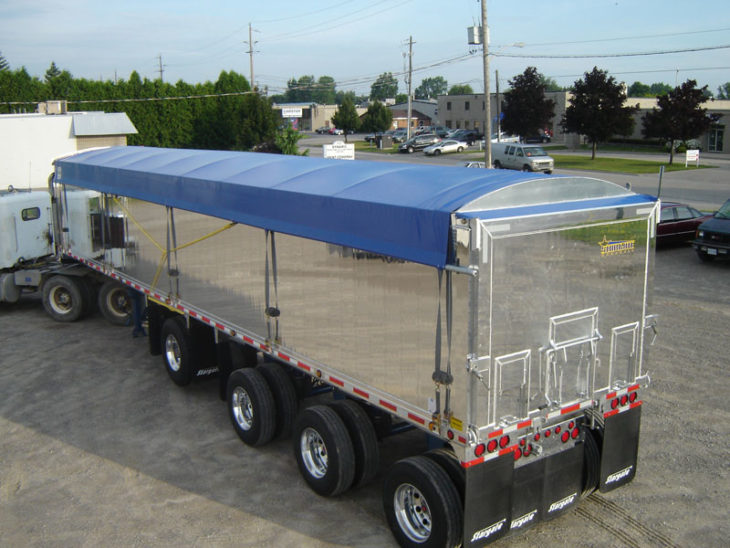 Most drivers are being paid by the hour on the road, so by decreasing their time off the road, you are increasing your profits. Considering that truckers must take half an hour breaks every three or four hours of driving they also have to spend time on putting on, taking off the tarp and ensuring that the sheet is properly strapped. As an employer, you are basically paying your driver while the cargo hasn’t moved a single mile. By installing an automatic tarp system, you are reducing the time the trucker is off the road and your goods will reach the destination much sooner.

Jho Low – Always One Step Ahead of the Game

Things to Be Aware of When You Have a Dog