Does it help or hinder your performance?

As you probably already know, fooling around after getting high or knocking a few drinks back makes things different. It’s not uncommon for people to have a couple of cocktails or smoke a little something to loosen their up their inhibitions or just to calm their nerves before engaging with a new partner.

While these mind altering substances can be fun, what do they actually do to you while you are getting it on? We all know about what happens to some guys when they drink too much before jumping into bed, but how else are we affected? Find out the results of a recent scientific study: Archives of Sexual Behavior was put out by New York University, studying the affects of alcohol and/or marijuana on the romantic lives of 12 straight men and 12 straight women. 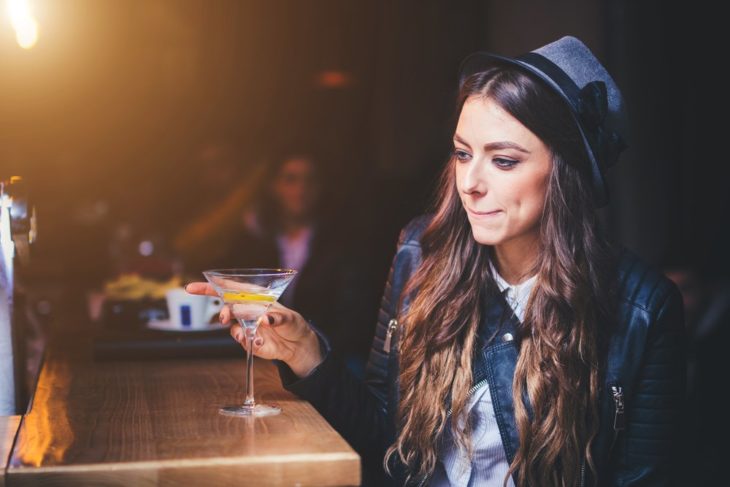 Before getting to the bedroom antics, our participants have to get in the “mood.”

People said they felt “sexier” after drinking. “One female stated she felt so attractive on alcohol that she feels she is the ‘diva of the party,’ yet another states she felt like the ‘sexiest woman on the planet’ while high on marijuana.”

How does being high feel while prowling versus being drunk during your scouting? A 32-year-old woman in the NYU study said: “When I’m drunk, I’m drunk, so I’m like, ‘I’m hot.’ Then with weed, I usually feel more sexy … and happy. You usually feel a little sexier, a little bit more turned on and ready to have s*x, instead of being self-conscious.” 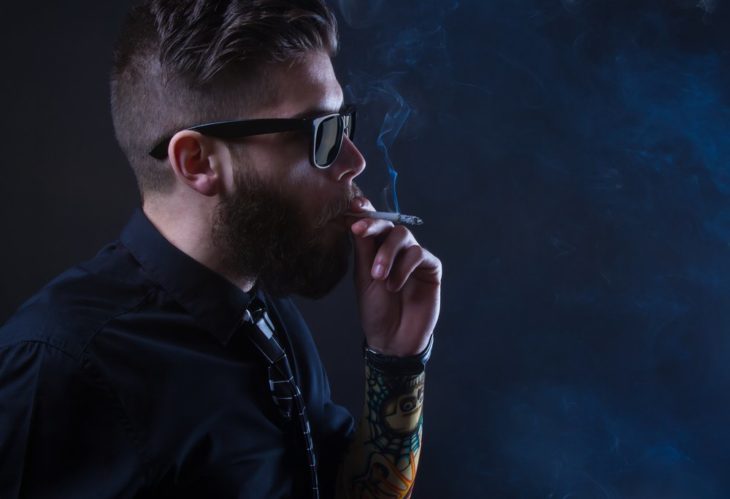 Everyone reacts to marijuana and the various strains of it differently.
Also, keep in mind that smoking weed tends to make people less social and more quiet. We all know at least one person that smokes a large amount and just sits there staring at the wall, right? Well we also know that wake and bake person, who can get high and get to work on time and be completely functional.

One man from the study said that having a few drinks helps to repress some of his insecurities and that smoking will occasionally help his body image problems.

One 18-year-old male participant said, “I don’t feel as outgoing [on marijuana]. I don’t want to hold a conversation and stuff like that. Whereas if I’m drunk, I talk to anybody.”

A 19-year-old woman, countered that marijuana makes her “laugh more, and […] when you laugh, it makes people want to socialize with you.”

Drunk in the Bedroom

From the study, some women reported that men can be more agressive with them when drunk. “When there’s drinking involved, guys seem to get more belligerent and crazy, and get this weird aggressive energy,” said one 31-year-old female participant.

“Maybe I’m looking for [s*x] more if I were drunk, whereas when I’m high, I’m happy doing other things,” one 31-year-old woman said. “S*x is great. Watching a movie is great. Resting’s great. But when I’m drunk, f**king would be great.”

The study also reporting that sexual encounters while drunk tend to last longer compared to when the participants were sober. (Put that in the positive or negative pile depending on how long you like your sexual sessions to last.)

Many of the subjects said when they are under the influence, they pick an “atypical partner” or experience “post-s*x regret.” Maybe you can relate to rolling over after you’ve woken up after a night of debauchery and going “Aw, man!” Unfortunately, feelings of regret and shame about this mainly impact the women of the study.

High in the Bedroom

Two people getting high together is an intimate experience in itself. Also, it’s a great way to get someone into your home for possible sexy times.

“When I go on a date, if it went well, I’d be like, ‘Want to come back to my place and smoke weed?’” said a 31-year-old woman in the study. “That’s a great transition into the intimacy of being at my house. ‘Let’s do something a little bit taboo together.’ And then it’s like you’re sharing a sensation that’s a little bit forbidden.”

Sexual encounters on marijuana also may lead to craving for even more, which isn’t a common occurrence for drunken acts. This could be due to the reportedly intense orgasms that occur when high, but women should be aware that they might not able to climax in that state. Eek!

Everyone is different, so what are you thoughts on getting it on while under the influence?

Let us know in the comments and SHARE this with your friends.

Perfect Positions for Women Who Feel Insecure About Their Bodies